Josh Jimerson doesn’t want anyone else to go through the pain his family endured after his mother fell through a hole in the deck of the Red House Bridge over the Allegheny River in Cattaraugus County.

Patricia John, 47, died on the night of March 30, 2012, after falling through a hole that the Cattaraugus County sheriff’s investigators measured at 10 feet by 3 feet. Inspectors said the bridge, a rusted and decrepit old span on Seneca Nation land, had not been inspected or maintained for decades.

The state Department of Transportation agreed to pay $850,000 in taxpayer money last year to settle a wrongful death lawsuit filed by the Seneca woman’s survivors.

The DOT, which is responsible for the bridge, revealed plans to replace it in 2007, estimating that it would cost $11 million. But the bridge was not replaced.

Last month, the state’s most recent plan to replace the bridge was delayed again, according to state records. The DOT now says it hopes to rebuild the bridge in 2022, at a cost now estimated at $16.5 million.

“The job has been pushed back again, and I can’t believe it,” Jimerson, 35, told The Buffalo News. “This is a personal thing. I don’t want to see any other family go through what we went through after my mother died up there. Don’t just keep kicking the problem down the road.” 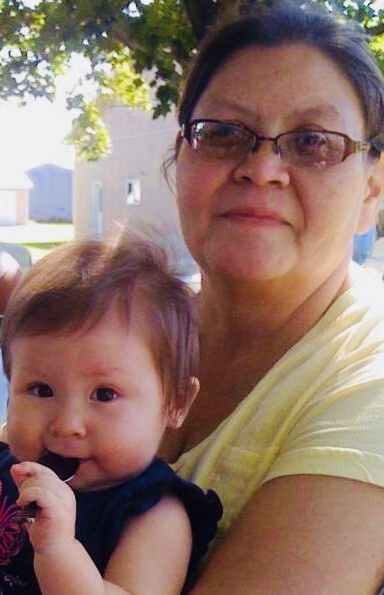 Patricia John and one of her children. John died in 2012 when she fell through a hole in a bridge deck and dropped 25 feet into the Allegheny River in Cattaraugus County. (Family photo)

The hole in the bridge deck was covered with a piece of metal after John’s fatal accident, but Seneca Nation officials call the bridge a safety hazard.

“The bridge is a hazard and needs to be addressed, whether that means repairing it, replacing it or removing it,” said Seneca President Rickey L. Armstrong Jr. “We’ve already had one tragedy, and we don’t want to see any more. My administration would welcome any meaningful discussion with New York State DOT to address this issue, so we aren’t talking about any more lives being lost while the condition of the bridge lingers unaddressed.”

DOT officials were reluctant to discuss the bridge with The News.

When asked by a reporter whether the state has any safety concerns, a DOT spokesman sent the following 37-word statement: “NYSDOT has expressed our willingness to participate in discussions with representatives of the Seneca Nation on potential highway and bridge projects and are looking forward to developing and advancing an agreed upon program as soon as possible.”

Jimerson’s attorneys, Cheryl Meyers Buth, Laurie A. Baker and Joel L. Daniels, said they are outraged that the state keeps delaying its response to a dangerous situation that Buth called a “ticking time bomb.”

Buth worries that the rusty bridge, which has not been inspected since at least 1988, could collapse.

“Based on Patty John’s death and based on all the information we brought out in our lawsuit, the state is on very clear notice that they have a serious problem there,” Buth said. “I sincerely hope that we don’t have some bean counter in Albany who is looking at this situation and saying, ‘It’s cheaper for us to keep settling wrongful death cases, rather than building a bridge.’ ”

It was a warm night in March 2012 when John and her boyfriend, Kenneth Van Aernam, parked their car on the old bridge over the Allegheny River and went for a moonlight walk.

After taking a few steps, John fell through the hole, dropped 25 feet into the shallow river and drowned. She pulled Van Aernam in with her, and he broke a leg in the fall.

The tragedy occurred in the small community of Red House, 68 miles south of Buffalo and about 7 miles southwest of Salamanca.

In court papers, lawyers on both sides agreed that the bridge — which is 487 feet long and 28 feet wide — was in decrepit condition and had received little maintenance or repair since the 1980s.

But state lawyers argued that Seneca Nation officials had always made it difficult, and sometimes impossible, for DOT workers to get access to the bridge for repairs or inspections.

In a February 2018 decision, judges from the Fourth Department of the State Appellate Court ruled that the bridge is the state's responsibility. With that ruling in mind, state attorneys early last year agreed to pay the plaintiffs $850,000 to settle the case. 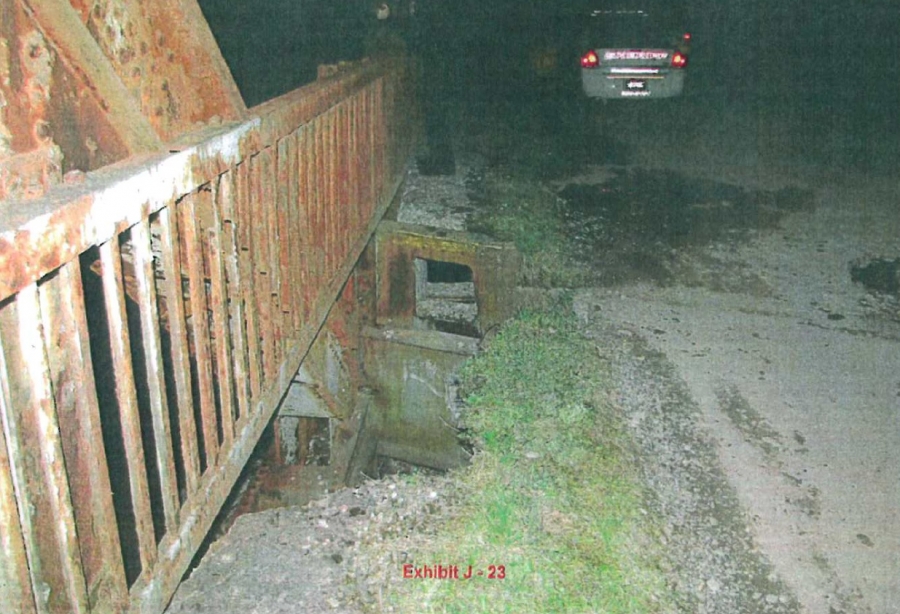 A photo of the Red House Bridge taken shortly after Patricia John fell through a hole in the deck and died in 2012. The photo was an exhibit in a wrongful death lawsuit filed by John's survivors.

Officially, the bridge has been closed for many years, but people who live nearby use it "fairly often," said Capt. Shawn M. Gregory of the Cattaraugus County Sheriff’s office.

“The bridge is closed, and the sections of Old Route 17 leading to the bridge are closed, but people still walk or drive their cars over it,” Gregory said. “Some people fish or hunt in that area. Some people party on or near the bridge, even though it is officially closed.”

Though the bridge is on Seneca Nation land, his department has the responsibility for investigating fights, accidents or loud parties on or near the bridge, Gregory said.

“Our deputies are called there a few times each year,” the captain said.

He said the sheriff’s office does not have the manpower to keep people off the bridge.

Gregory said someone did eliminate the worst hazard by putting a piece of metal over the hole that John fell through. He said he does not know who did that. 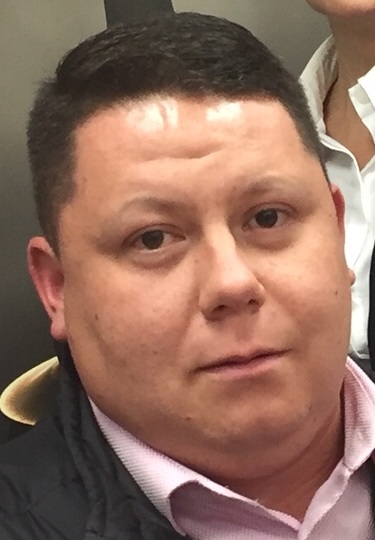 Gregory said he understands why state officials would be reluctant to pay $16 million to replace an old bridge served by a closed section of road. At the same time, Gregory said he also understands the safety concerns voiced by the Senecas.

The DOT spokesman declined to comment when asked if the agency ever considered tearing down the bridge or installing permanent barriers to make it inaccessible.

Jimerson is a member of the Seneca Nation’s Tribal Council, but he emphasized to a reporter that he was speaking about the bridge “as a private citizen” who tragically lost his mother and not as a representative of the Senecas.

Jimerson lives about 15 minutes away, and he said it makes him sad just to see the bridge.

He described his mother as a caring, fun-loving person who at times worked three jobs to support her family.

Buth called John’s death a tragedy that should “never have happened.”

“The state has been aware of this situation for a long time,” she said. “If someone else dies on that bridge, the moral ramifications are going to far outweigh the costs.”