WASHINGTON – The Shakespearean drama of Chris Collins' downfall didn't really end when a federal judge handed him a 26-month prison sentence in January.

In fact, some earlier chapters in that drama never were fully written until now, largely because they took place in Australia and New Zealand. That's about 9,000 miles from the White House lawn where, via cellphone in June 2017, Collins fatefully shared an insider stock tip with his son, Cameron.

Those chapters come clear, though, in "The Inside Trade," a documentary that aired on the Australian Broadcasting Corp.'s "Four Corners" program Monday. Here, for the first time, we meet Australian investors who lost big when Collins' pet Australian biotech firm collapsed. Here, for the first time, we meet people who suffer from secondary progressive multiple sclerosis who actually thought that that biotech firm's only product helped them. And here, we learn more details about all the Australian laws Collins may have been breaking, too.

It's a brisk and bracing 42 minutes, but before I detail what you'll see, some full disclosure is in order. Reporter Stephanie March and producer Jeanavive McGregor contacted me months ago, and March interviewed me at length – and quoted me at length – in the documentary.

The Australian television team came to Washington and to this story well-prepared, which is no surprise. The Australian Broadcasting Corp. is the down-under version of PBS or the BBC: a first-rate, detail-oriented, publicly funded television network. And "Four Corners" is the network's flagship investigative news program – the "60 Minutes" of Australia.

So it's safe to say that hundreds of thousands of Australians learned a lot Monday about an important story that Australia's press had not covered in an in-depth way until now. I have been covering Collins and his relationship with Innate Immunotherapeutics, that ill-fated Aussie biotech firm, for years, and even I learned a lot.

In "The Inside Trade," we hear from some important players in the Collins drama that have been largely silent until now: the investors who bought into Innate stock as Collins and the company promoted the possibility that it might be able to cure a debilitating form of MS. 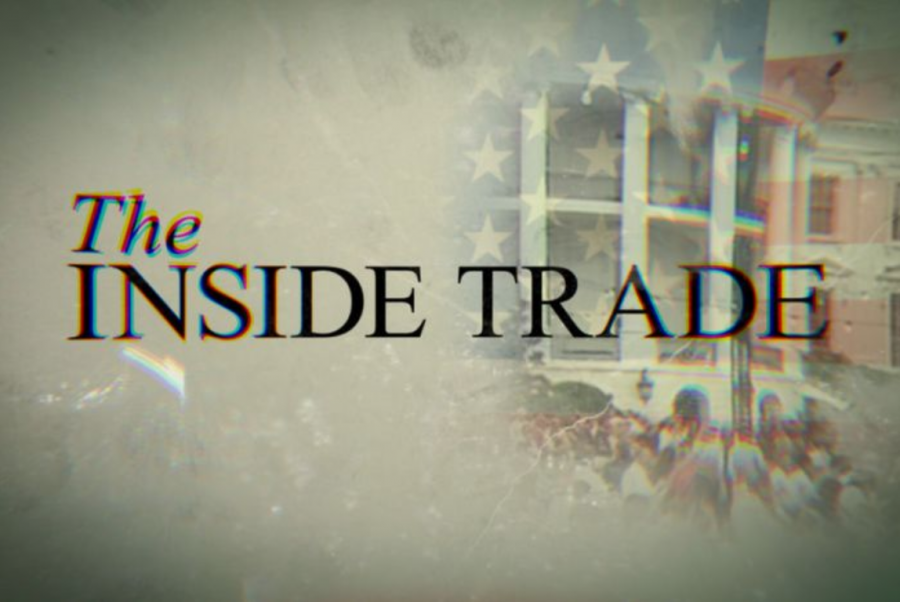 "The Inside Trade" tells the Australian side of the Chris Collins story.

Those investors lost out when Innate announced in June 2017 that clinical trials of its experimental MS drug had failed.

"When you lose $40,000, it's no fun. That's for sure," said Godfrey Wenness, one of the Australian investors interviewed.

Wenness made clear that he wasn't happy that Collins shared the inside tip about those failed trials with his son, which allowed Cameron Collins and others he tipped to avoid such losses.

"To know that the main guy, a director, a very large shareholder, and – you know, in a public position like that – was conducting very blatant insider trading ... that basically wasn't very pleasant for the rest of us retail investors," he said.

"I didn't have the heart to tell my daughter that I had blown up $33,000 on her account," said Mehta, who said that investment in Innate's successor company is now worth only $475 in Australian currency.

Mehta said that he had been fully confident in Innate and its MS drug, given that the company's literature and website made it sound like a "slam dunk."

"I knew that there was some offshore interest from somebody in American politics," without realizing it was Collins, then a Republican congressman from Clarence, he said.

Collins had been an Innate investor for years, even personally bailing it out when the company was nearly out of cash. Asked why, Collins told congressional investigators that he thought Innate's only product could really help MS patients.

So did some MS patients.

"It was doing so good for me, I couldn't believe it wasn't doing good for other people," said Gillian Pocklington, an MS sufferer from New Zealand who took part in the clinical trials of MIS-416, Innate's experimental drug. "But everyone's MS is different."

Karen Scott, another New Zealander who suffers from MS, said she was shocked to hear the clinical trials failed.

Such patients probably thought the drug was working simply because MS symptoms come and go and then come back again, said Tim Coetzee, a top official at the National Multiple Sclerosis Society in the U.S., which invested more than $500,000 in Innate's clinical trials.

Innate even featured some of those clinical trial patients in its promotional materials – but behind the scenes at Innate, troubled lurked. The documentary notes that two of the company's executives had run into problems at other troubled biotech firms.

Moreover, Collins appears to have violated Australian securities law years ago, when he acquired more than 20% of Innate's shares. Investors are only allowed to do that under a strict and clearly defined procedure in Australia, but Collins did it by simply buying up Innate stock.

On top of that, while Australian law requires investors who gobble up 20% or more of a company to report that purchase to Australian authorities within two days, Collins didn't do it for a year and a half.

"That was a clear violation of criminal law by Mr. Collins," said James Wheeldon, an Australian lawyer and Innate investor.

Wheeldon filed a complaint about that with Australian regulators, but they did nothing. Similarly, the Australian Securities and Investments Commission did nothing about the insider trading scheme that Collins hatched from the White House lawn, even though it appears to also violate Australian securities law.

"I think it quite possible that following the 2020 elections, (President) Trump is going to pardon Chris Collins," Holman, one of the first people to file an ethics complaint about Collins, said in the documentary. "And if that's the case, if there's going to be any justice that's going to be leveled in this case, it's going to have to come from Australian authorities."

Collins is likely to go to prison for a while, though. He's due to report to prison on March 17, probably at a minimum security facility in Pensacola, Fla.

If you're wondering what Collins has to say about all these new revelations regarding his case, you won't find the answer in "The Inside Trade." March, the Australian journalist who reported the documentary, went to the former Clarence congressman's waterfront residence in Marco Island, Fla., to try to interview him – to no avail.

"When I went to the door, I could see Chris Collins through the window, sitting on his back porch, reading the newspaper," March reported. "But when he saw me, he hid. I sent him several text messages asking him to come out and speak with us. He said he's not interested in speaking with me, and he has nothing to say to the investors who lost money."