Squid tossed in seasoned flour and fried to a crisp has become one of the 716 area code’s signature appetizers.

Calamari is harder than it looks, though – much more challenging than cooking chicken wings. Coating failure, cooking mollusk morsels to rubber band stage, and overdoing post-Frialator ornamentation are common flaws.

The closest thing we have to a New England seafood house gets fresh seafood and treats it right. The helpings I’ve had – all rings, no tentacles – were crumb-coated, for more texture, and served up with cocktail sauce and lemon wedges. No frills, just right.

[Review: At Hayes Seafood House, a taste of New England in Clarence] 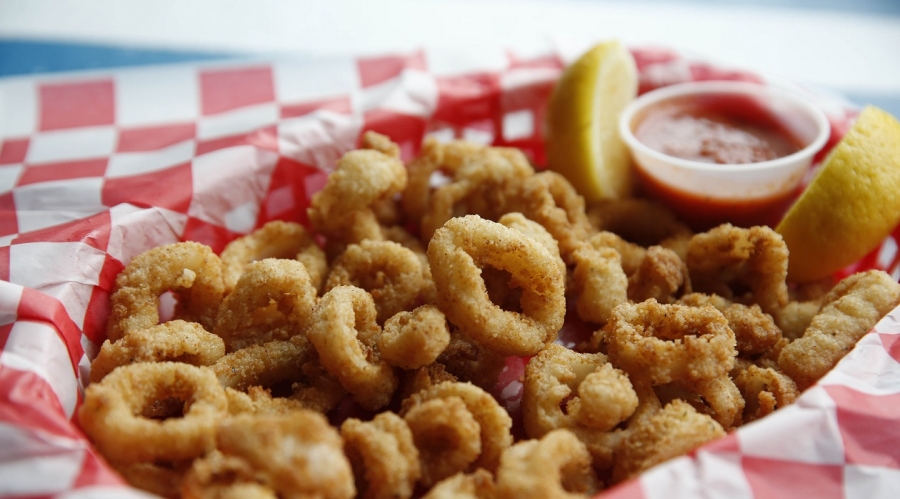 Maybe it’s hard to believe a destination burger emporium has seafood worth scarfing. Floured and flash-fried, the squid ($13) is excellent, but it’s that bracing sweet chile sauce, doctored up with lashings of lime, cilantro and more, than makes it compulsively noshable. 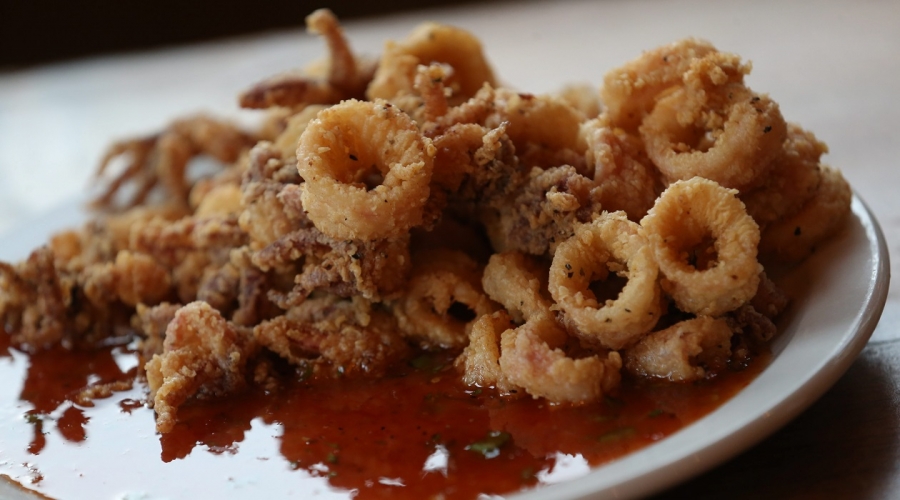 [At Hooked, seafood with flair in a hotel setting]

Long golden curls of squid cut lengthwise suggest you’re not getting squid shaken out of a bag. Crumbed and fried, the golden petals are served with cocktail sauce ($12.99), but I would suggest an upgrade and use them to scoop up earthy tripe in marinara.

In a daring departure from calamari orthodoxy, Tab Daulton sauces wispily fried calamari in savory miso dressing ($10). Tumbled with arugula, red bell and poblano peppers, it might be one of the lightest fried seafood appetizers ever.

The Italian king of Chippewa serves a killer plate of calamari ($12), of tender seafood in a wispy flash-fried crust. But what really elevates it to stardom is the aromatic pesto aioli and pristine San Marzano sauce you are blessed to dip these bites into.

[On Chippewa, Frankie Primo’s offers a sophisticated touch of Italy]

The grandfather of Niagara Falls Italian serves an old-fashioned straightforward calamari plate ($17.95) for the ages. Lightly coated hand-cut squid fried to a crisp is presented with plenty of lime wedges, in an abbondanza that’s enough for a crowd.