The enduring fascination with ancient Egypt and mummies might seem a giant leap from the curious popularity of eSports, video-game competitions with prizes on the line – but also long-term, educational utility. They're both cool in their own ways, and worthy of attention.

Since it's Buffalo in winter, there are food and beer events, plus cozy indoor concerts. Here's what's ahead for this weekend.

It's undisputed that ancient Egypt is fascinating, thanks to its mystery and opulent lifestyles. Ornately decorated gold battle helmets, representations of bizarre deities and eight legitimate mummies are among the historical treasures making the jaunt overseas from Manchester, England, for the first time in the United States.

For the Love of Allentown: First Friday returns, 6 to 9 p.m. Friday, Feb. 7 at venues around Allentown. Free to attend.

Glen Park is especially cool because it's a green space plopped down in the middle of a bustling village, and its tiered waterfall is both serene and powerful – I've never met someone who doesn't like waterfalls.

Winterfest is a strong family option for Saturday, with sledding, a scavenger hunt, horse and carriage rides, campfires and, if there's enough snow, a snowman-building contest.

Barleywine is the Arnold Schwarzenegger of beer styles: Very strong, at times a little jarring and certainly not to be trifled with. Community Beer Works has long been a champion of uncommon, traditional styles, and the West Side brewery has invited friends from near and far to showcase their best versions of barleywine.

The brassy Fredtown Stompers – potent in their own right – will handle the music.

Expect a throng of curious attendees for Just Dishin's first major eSports tournament, where competitors – mostly between ages 16-28 – will vie for video-game supremacy at this NHL 20 LAN tournament. An eSports teacher at Lewis J. Bennett wrote a letter to the editor in December explaining why eSports isn't a frivolous excuse to play video games for school credit.

ICP of Buffalo simultaneously fights against AIDS and advocates for homosexuals in the community. This formal event includes four hours of open bar and an array of colorful performance art throughout the evening. The elaborate masks are quite a sight to behold. 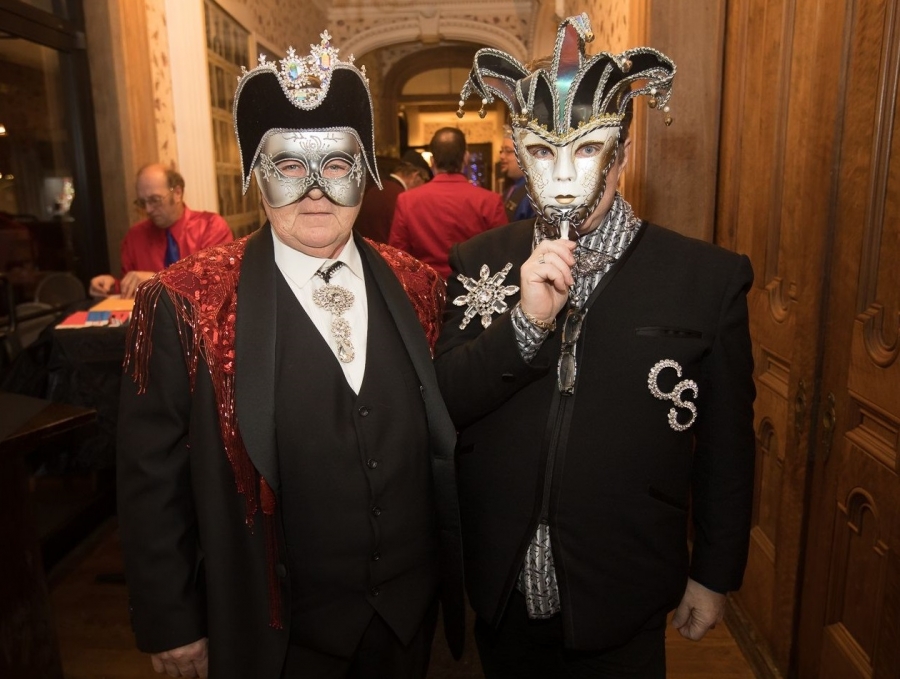 A peek at the Masquerade Ball for the Imperial Court of Buffalo, an organization that fights for AIDS treatment and tolerance for homosexuals. (Chuck Alaimo/Special to The News)

5 CONCERTS FOR YOUR RADAR

GRAB BAG OF MORE EVENTS FOR THIS WEEKEND

5 EVENTS TO LOOK FORWARD TO NEXT WEEK