There are four cardinal rules to hunter and gun safety, but the first one is most important:

Treat every gun as if it were loaded.

New York's nearly 550,000 hunters followed those rules like never before last year. It was the safest year for hunters on record in the state.

There were 12 hunting-related shooting incidents, including one fatality in 2019, according to the state Department of Environmental Conservation. Two of the nonfatal incidents were in Niagara and Wyoming counties.

"Thanks to the efforts of DEC staff and volunteer hunter education program instructors that teach close to 40,000 students each year, hunting has continued to be a safe and enjoyable activity in New York State," he said in a prepared statement.

The state has been keeping statistics on hunting related shooting incidents since the 1960s. Hunter safety has steadily improved since then.

Jack Bouquin is a state certified hunter safety trainer, and has taught safety procedures to hundreds of hunters for more than 30 years. Bouquin, who also is president of the West Falls Conservation Society, said he hammers home the first rule.

"You treat every firearm as if it was loaded. All the time," he said.

• Always keep the muzzle pointed in a safe direction.

• Keep your finger off the trigger, and outside the trigger guard, until you are ready to shoot.

• Always be sure of your target and what is in front of it and behind it.

"The majority of the people are very safe, and that shows in those numbers," Bouquin said.

Every new hunter, bow hunter and trapper must take and pass hunter safety courses before buying a New York hunting license. The courses are taught by volunteers and are free.

In recent years, part of the coursework is done online before the classroom course starts. Previously, first-time hunters would come in, sometimes with what they picked up tagging along with relatives.

"Sometimes, Uncle Ralph doesn't say the right things," Bouquin said. "Now they're coming in with some knowledge from doing homework on the computer."

The daylong course involves classroom and hands on training in the field, including practicing shooting positions, he said. All participants perform live shooting, with the exception of those under 12, who use laser guns or BB guns.

The training shows what to do in certain situations, such as tripping and falling. The natural instinct is to let go of the gun and break the fall, instead of holding it close to the body with the muzzle pointed up.

"These are human beings involved here, not computers," he said. "They're people, and they make mistakes."

Five of the incidents last year were self-inflicted wounds, like the Tioga County hunter who was "trying to secure his firearm while handling a harvested bird when his dog jumped to reach the bird and hit the trigger of the shotgun, discharging a game load into his lower arm and back," the DEC said.

Seven involved two parties. Four of the victims shot by someone else were not wearing bright orange, the DEC said. 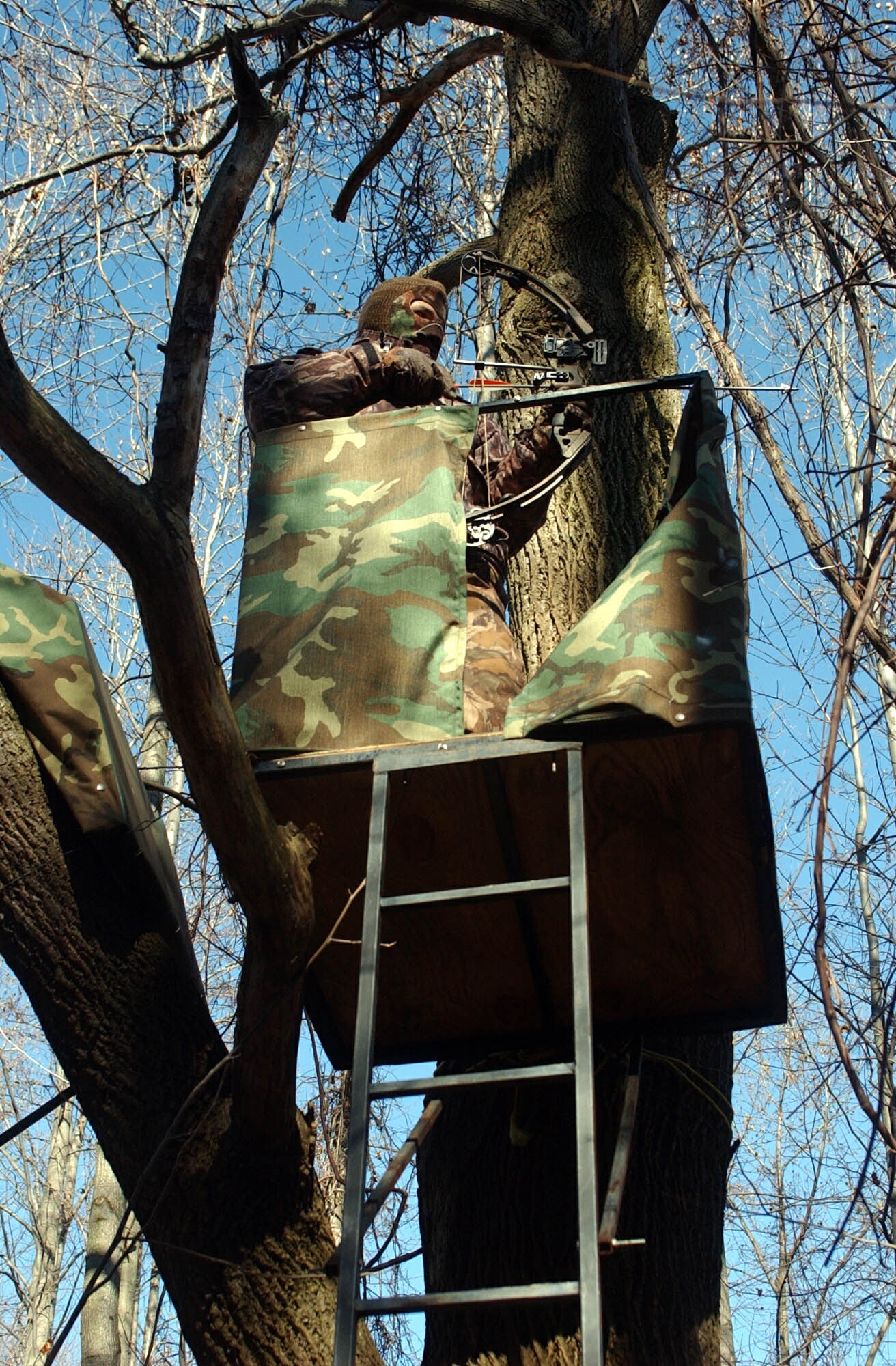 A bow hunter is ready in his tree stand. (News file photo)

Eight shooting incidents involved shotguns, three were rifles and one was a handgun. All of the incidents could have been prevented if hunting safety rules had been followed, according to the DEC.

Bouquin agreed, although he was not familiar with any of the particular incidents.

"It's always violating one of those rules," he said.

New York also began tracking tree stand injuries in 2017. Seven tree stand incidents were reported last year. All involved a hunter who was not wearing a body harness or the harness was not attached to the tree, according to the DEC.

Tree stand safety has been added to the hunter education course, with incidents becoming a major cause of hunting-related injuries, the DEC said.