ALBANY – State officials are standing behind a provision in the state’s Green Light law that has led the federal government to restrict “trusted traveler” programs nearly 200,000 New Yorkers use when traveling internationally.

The federal decision to block new enrollment, as well as re-enrollment, in Global Entry, NEXUS and other programs designed to more efficiently move people and goods across borders, is aimed at New York exclusively because of the provisions in its 2019 law to permit migrants in the country illegally to obtain a state driver’s license.

The Trump administration is especially targeting the state law’s provision that restrict Department of Motor Vehicle offices from sharing personal information about such migrants with federal immigration and law enforcement officials.

Gov. Andrew M. Cuomo and state lawmakers who enacted the measure last June showed no signs of bowing to the new pressure from Washington.

“This is unbounded arrogance, disrespect of the rule of law, hyper-political government and this is another form of extortion," Cuomo said on a WAMC public radio interview this morning. He did not specifically say what legal recourse the state might be considering.

Cuomo, who slapped at Trump for last year moving his residency from Manhattan to Florida, said the administration’s move is the latest aimed at hurting New York – a state Cuomo said the president has no chance of winning in the 2020 elections.

About 175,000 NY residents to lose trusted traveler access this year

“It is pure politics," Cuomo said of the federal homeland security move that was announced late Wednesday night.

Republican lawmakers are also outraged – but their wrath is directed at Democrats who control state government and who pushed the driver's license measure into law last year. 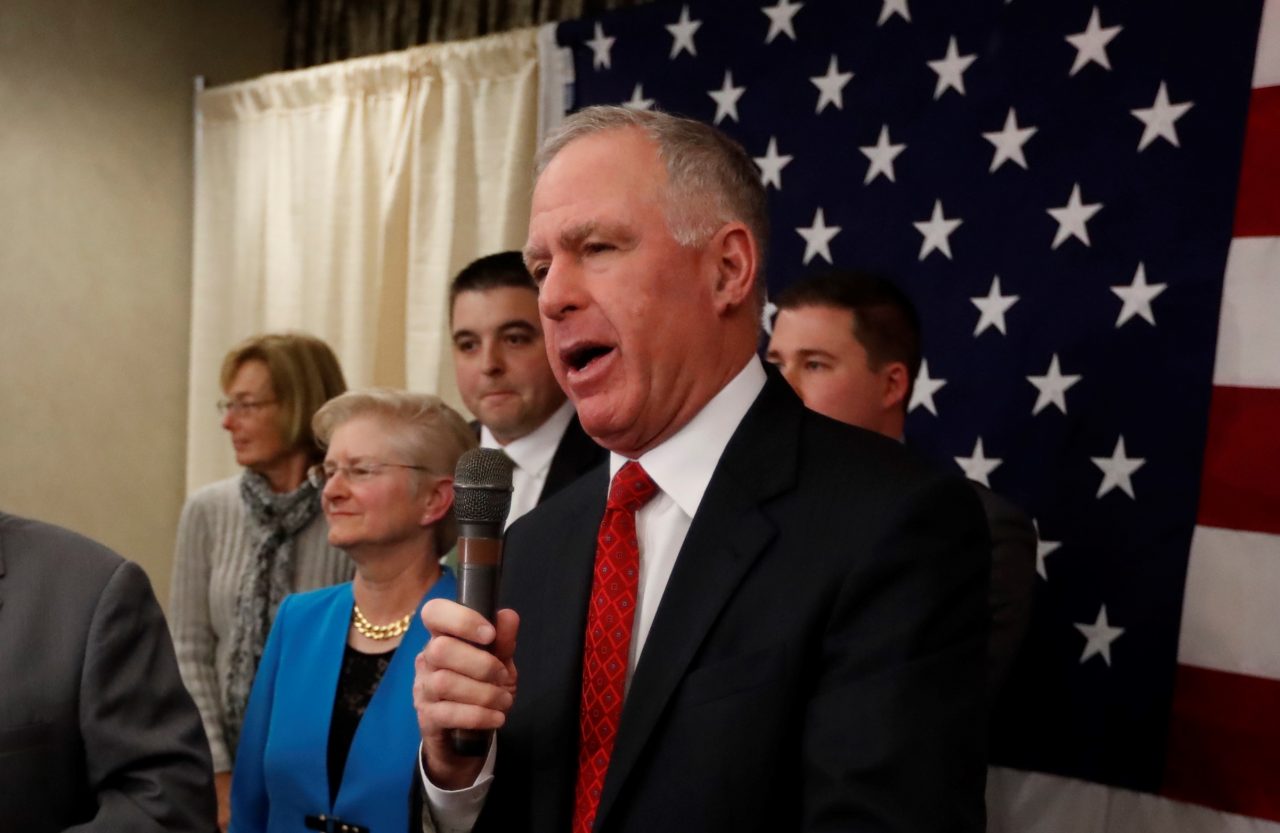 “When this bill was debated last year, it was stated on the floor that this was going to be the known effect, and they didn’t care," Sen. Michael Ranzenhofer, a Republican from Amherst, said of Democratic lawmakers. “This is not on the federal government; this is on New York State enacting ridiculous policies.

“My constituents are outraged. They’re inconvenienced and they’re pissed. It’s stupid laws like this that affect every day lives of Western New Yorkers," he said, noting the heavy reliance on travel programs like NEXUS that are used to more efficiently move people and goods between the New York and Canadian border.

Senator Rob Ortt, a North Tonawanda Republican, said state, local and federal law enforcement officials last spring raised concerns about the license law's impact on public safety because of the restrictions on federal access to DMV records. "This should not come as a surprise to the Cuomo administration or the Democrats. When you undermine federal immigration enforcement, this is what happens. New York does not get to decide immigration law, and this is aimed at undermining immigration law,'' Ortt said of the state license law.

Asked about the federal decision, Sen. Michael Gianaris, a Queens Democrat who serves as the Senate deputy majority leader, had a simple response: “Donald Trump is an awful president and his administration is just as awful."

Lawmakers in June approved the Green Light law, which gives migrants in the country illegally the ability to obtain a New York State driver’s license. The law also bars the sharing of state DMV information about such migrants with federal Homeland Security and border patrol agents unless so ordered by a court.

Supporters say the provision is key to the Green Light law because, without it, migrants would be too nervous to come forward to seek a license for fear of running into deportation problems.

“That would obviate the entire purpose of the law," Gianaris said when asked if there could be talk of state lawmakers amending the provision to address federal concerns. “I suspect anything we try to do to try to accommodate them that they will find another way to be jerks about it." 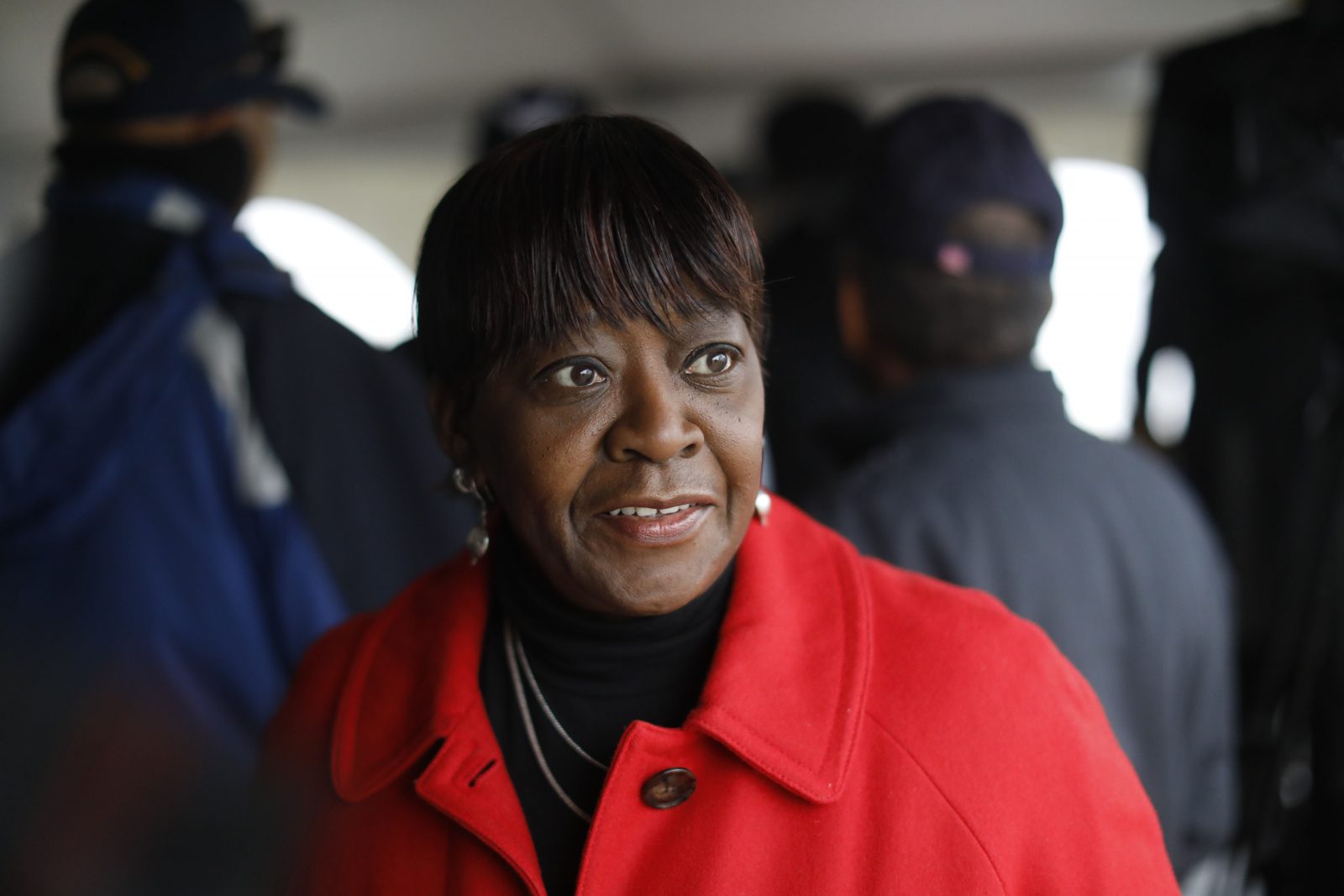 Assembly Majority Leader Crystal Peoples-Stokes, a Buffalo Democrat, said Thursday morning that she had not yet spoken to other Democrats in her conference, but that she doubts lawmakers in control of the Assembly will have any desire to amend the Green Light law to address the Trump administration’s concerns over access to DMV records.

The majority leader said the provision to shield migrants’ DMV records from federal homeland security officials could disrupt the law’s intent because it would keep many such individuals from obtaining a license and getting insurance for their cars. “Is that what we want? People to be afraid to do something that makes New Yorkers safer?" the Buffalo Democrat said.

The matter will be, lawmakers agreed, a matter for the courts to likely resolve.

“Hopefully, at some point the federal courts will step in and remind the current (Trump) administration that states do have rights and they should not be punished because of them," she said.

An adviser to Cuomo, who signed the Green Light measure into law last year, on Thursday morning said the state is considering its legal options in the face of the U.S. Department of Homeland Security decision regarding the trusted-traveler programs for New Yorkers.

Federal officials cited safety concerns – not being able to obtain needed documents under the New York Green Light law – as the chief reason for suspending the trusted-traveler programs in New York. Cuomo, however, said anyone obtaining the special pre-clearance travel authority must be personally interviewed by a federal official. He termed as “ludicrous” the federal government’s suggestion that migrants in the country illegally will be able to access the trusted-traveler program.

“If you are an undocumented person, you’re not going to go for an in-person interview with a federal official," Cuomo said Thursday.

Immigration advocates noted that New York is one of 14 states that allow migrants in the country illegally to get driver's licenses. Steve Choi, executive director of the New York Immigration Coalition, said the Trump administration is “targeting New York” and demonizing immigrants as part of a political move to help his re-election campaign.

But Senate Minority Leader John Flanagan, a Suffolk County Republican, said Albany's one-party rule by Democrats resulted in a 2019 driver's license law that is "all about preventing immigration enforcement.'' As a result, New York State is "openly in violation" of Washington's attempt to protect national security.

The federal government, he added,  is "doing what they need to do and are supposed to do" to address New York's decision to block DMV information from federal law enforcement and immigration officials.