What a long, strange, pyro-heavy trip it's been.

Kiss rolled into town with its greasepaint and electrified boogie in tow Wednesday for a KeyBank Center stop on its “End of the Road” tour, a lengthy sojourn that the band insists will be its last. And for so many rock fans spanning several generations, saying farewell to the glam/power-pop/hard rock quartet bears significant emotional weight.

Becoming a Kiss fan and catching one of the band’s over-the-top, gloriously bombastic live shows is, for many, a rite of passage, and something that has been passed down to — and experienced alongside of — their kids.

The concert, with former Van Halen frontman and current uber-hilarious lounge lizard David Lee Roth opening, was not sold out, with the uppermost tier of the arena largely vacant. Still, considering that Kiss already played our market once on this tour – in the Darien Lake Amphitheater in August – the turnout was impressive.

The mellow-ish crowd did not deter Paul Stanley, Gene Simmons, Tommy Thayer and Eric Singer from exerting the full force of their gloriously trashy and explosive production and celebrating the highs (and occasional lows) of their 45-years-deep song catalog. 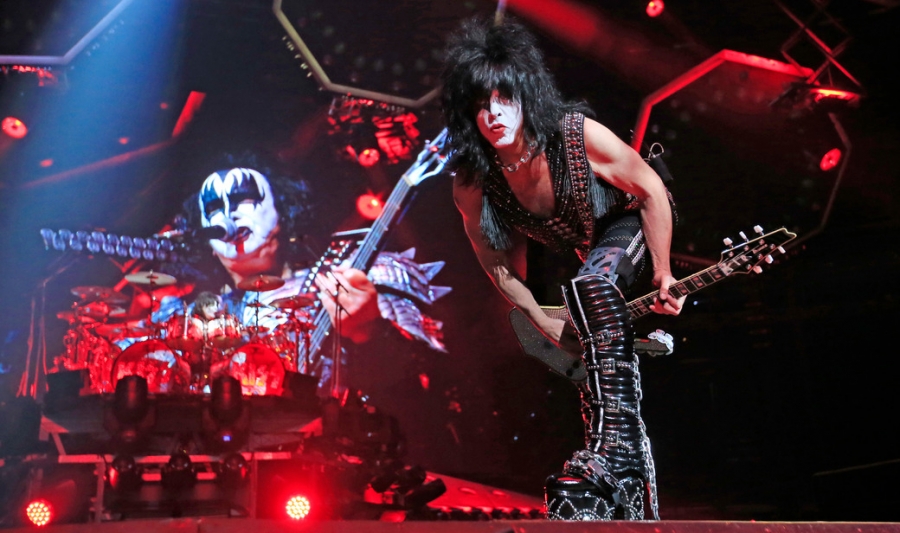 Paul Stanley of Kiss mugs it up for the fans — and the cameras — at KeyBank Center. (Harry Scull Jr./Buffalo News)

The band took to the stage following the time-honored “You wanted the best, you got the best” intro announcement with the road-battered warhorse “Detroit Rock City,” and yes, I immediately felt like a giddy 12-year-old again, as Stanley strutted to the microphone atop his 10-inch platform heels like some ageless dandy from the underworld, exhorting us all to “get up” and then immediately “get down” again, as if presiding over an aerobics class in hell (or Las Vegas). There, to Stanley’s right, was the “bat-lizard,” the “demon,” or just plain old Gene Simmons if you prefer, half-crouched, oversized tongue wagging, wielding his bass like a sweaty, makeup-encrusted warlord with a battle-ax. It was gross — and awesome.

The hits came like clockwork then – “Shout it Out Loud,” “Deuce,” “Calling Dr. Love,” all played with gritty precision, even if Stanley’s acrobatically soulful vocals occasionally capitulated to the insistent ravages of time. The guy turned 68 last month, but for the most part, sang like a man half that age.

My favorite Kiss tunes have always been the deeper cuts, but the band tends to shy away from those. However, we were treated to a stellar take on “Parasite,” the Yardbirds-inspired nugget penned by former guitarist and founding member Ace Frehley. But if you’re a Kiss fan coming to see the band for what it insists will be the last time, do you really want to hear “Say Yeah,” “Heaven’s on Fire,” “Psycho Circus” and “Crazy Nights” instead of, say, “Strutter,” “Firehouse” and “Hotter Than Hell”? I doubt it.

The occasional inexplicable setlist inclusion was largely smoothed over by the immaculate pacing and ceaseless spectacle of the show, with Simmons blowing fire from a sword-shaped torch during “War Machine,” Stanley flying above the heads of the crowd to a satellite stage via a trapeze-like contraption during “Love Gun,” Simmons being hoisted to the rafters after spitting stage blood to sing “God of Thunder” and Singer performing “100,000 Years” atop his elevated drum riser.

It was impressive, it was ridiculous, and it was a helluva lotta fun. 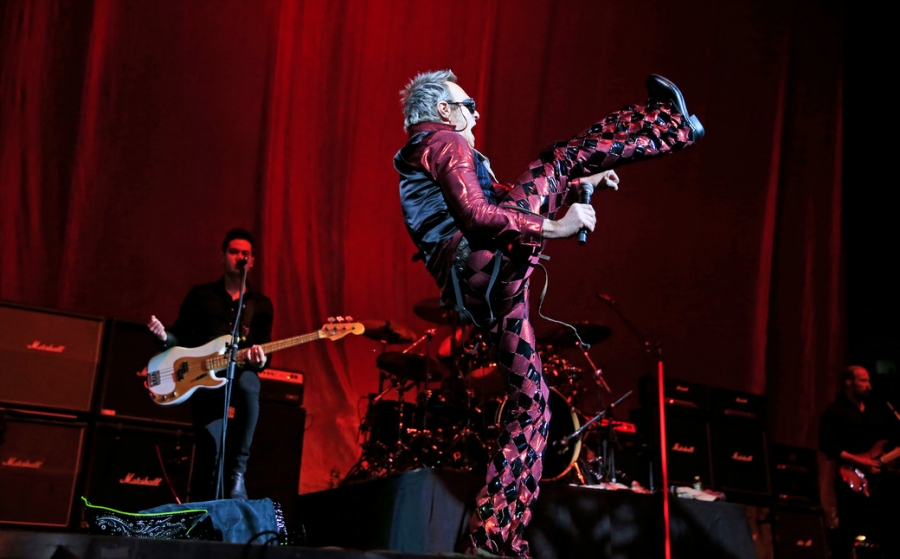 David Lee Roth put on a show for the crowd as a warm-up for Kiss. (Harry Scull Jr./Buffalo News)

Speaking of ridiculous, David Lee Roth’s opening set was partly that and partly high-octane “big rock,” as the singer used to describe the Van Halen he fronted back in the day.

Roth's set was almost exclusively culled from the Van Halen catalog, and his insanely tight backing band – lead guitarist Al Estrada, rhythm guitarist Frankie Lindri, bassist Ryan Wheeler and drummer Mike Mussleman – delivered the goods, including startlingly full three-part harmony vocals. “You Really Got Me,” “Unchained,” “Panama,” “Jamie’s Cryin’ ” – all classics and all impeccably performed by the band Roth assembled for the Vegas residency he recently interrupted to hit the road with Kiss.

Roth let the band carry the songs, while he clowned with the crowd like some kind of demented Rat Pack extra, and this was smart – his voice is not what it once was, and he had trouble hitting the highest notes, so sticking to his lane was a wise move.

Sadly, as strong as the set was, its most notable achievement was making the listener long for the real Van Halen. C'est la vie. 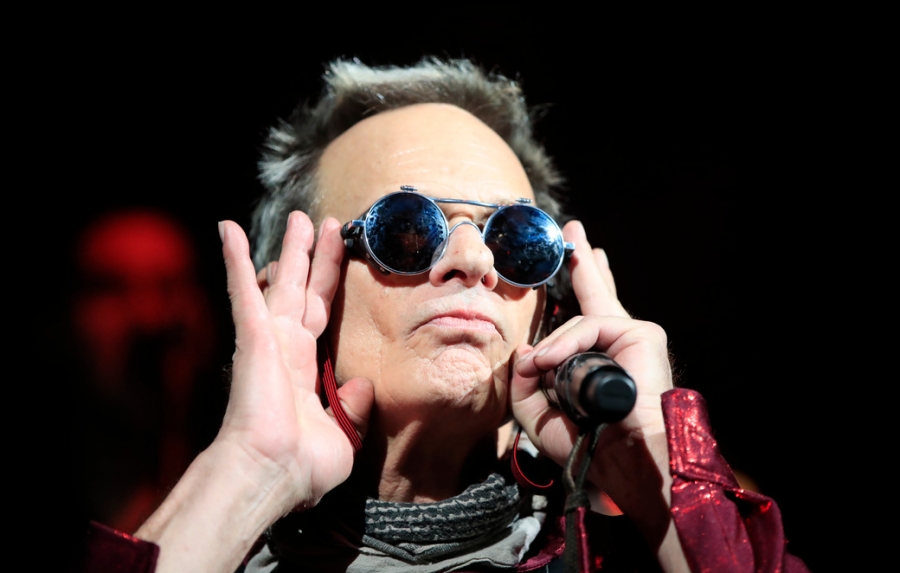