There wasn’t much going on at the northwest corner of Delaware Avenue and Bird (later Hertel) Street in 1882 when the Union Cemetery was created out of about 70 acres there.

The massive sewer project that moved Cornelius Creek underground hadn’t been completed yet, and the creek still flowed along the street. Elmwood Avenue didn’t yet reach that far north. The area was still very rural. 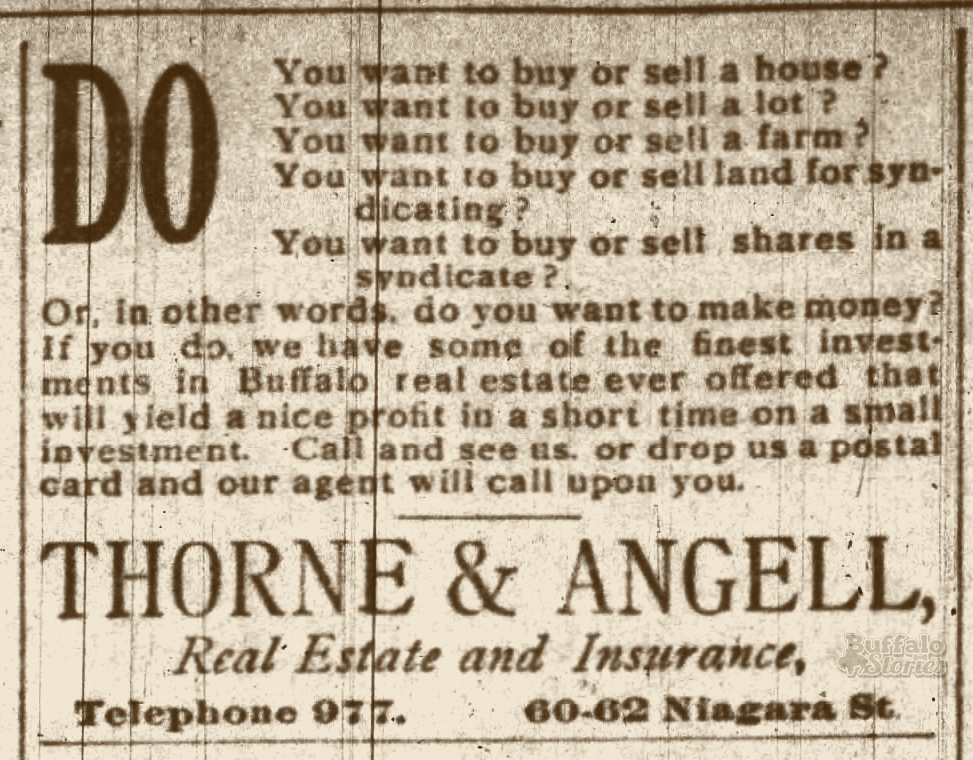 Fast forward 11 years, and Buffalo’s in the midst of a real estate boom. Speculators Thorne and Angell bought and sold the old cemetery quickly, with the promise that the 700 bodies buried at the old grounds would be reinterred at Forest Lawn.

Sold separately from the Union Cemetery grounds was an adjoining plot owned by the city. In 1884, remains from the North Street Cemetery — now the site of Walgreens at Delaware and North — were reinterred there, along with remains that were found in a South Buffalo potter’s field.

Somewhat controversially, that plot became a mass grave for the thousands of sets of human remains that were dug up when the High Street Cemetery, on the grounds of what is now City Honors School, which was being built in that potters’ field in the mid-1890s.

A 1907 Buffalo Enquirer story recalls the nearly forgotten tale of jobbers that were given 50 cents for each skull disinterred from Masten Park and reinterred in a mass grave on the North Buffalo site. Old timers remembered the grisly work was made even more ghoulish by men overstuffing the makeshift casket boxes used to move the remains.

“No names, no marks, nothing to identify the skeletons were left by which the remains might be claimed,” the Enquirer reported. “They were just piled into a big excavation and thrown together in one gruesome mass. Then then were covered with dirt and left for the ages.

“No stone, no monument, has been placed over this home of the dead to show that between 6,000 and 7,000 citizens of Buffalo were there interred.”

In 1907, there wasn’t even a road leading to the mass grave, which was reported to be about 500 feet north of Delaware and Hertel, and in about 300 feet.

The story had been completely forgotten again by 1924, when workmen digging a foundation on Tacoma Avenue were inexplicably digging up human remains. After three days of digging, there were 32 large boxes filled with bones.

“There seems to be no end to the bones that are being dug up,” said Mayor Frank X. Schwab. “We thought we had them all yesterday. Last night, after workmen left and the policeman was gone. Some man unearthed another boxful. All the bodies that were in the cemetery are supposed to have been removed a long time ago.”

The remains were eventually buried at Forest Lawn at the city’s cost, and for now, at least, the third resting place for these earthly remains appears to be the last.