The Niagara Falls State Park visitor center urgently needs a renovation, State Parks officials said Tuesday, and now $240,000 has been approved to hire two firms to come up with three options for the makeover.

"This is a priority for the agency," said Mark V. Mistretta, western district director of the state's Office of Parks, Recreation and Historic Preservation.

During the peak tourist season, the two-level building becomes jammed with tourists buying tickets to attractions such as the Maid of the Mist and Cave of the Winds, watching a movie about the Falls in the Niagara Adventure Theater, or spending money in the snack bar and gift shop.

"The structure is worn and it's challenged in meeting the needs of our patrons, and that's very evident during the busy seasons we have here, where the structure becomes overrun with patrons and overcrowded and can become confusing to people," said John C. Honan, State Parks' regional manager of capital facilities. 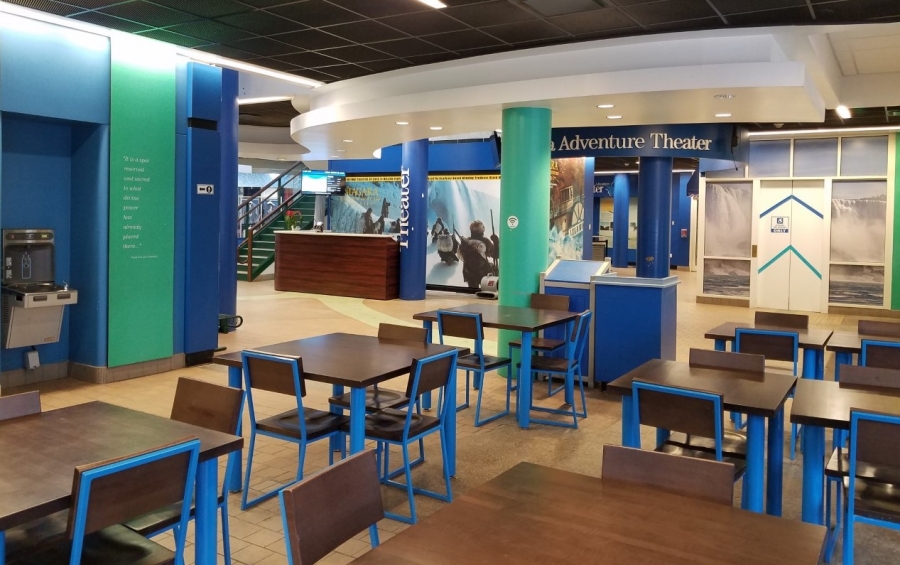 Mistretta said he doesn't expect the building's footprint to grow, but some amenities could be placed outside.

"It might go up a little bit above the lower floor, but we do not want to expand or take up green space with an expanded building," Mistretta said.

The customer experience in the center needs to improve, the parks officials said.

The conceptual work is due by May.

"Time is of the essence. We really want to get this going," Honan said. "We envision a facility to act as a gateway, not just to Niagara Falls but to the region as a whole."

Funding has not yet been identified for construction. The cost will depend on the chosen concept.

The $240,000 for conceptual work came from Niagara River Greenway funds.

"We've got this bizarre thing in the middle of Grand Island," he said, referring to the state's underused $25 million Western New York Welcome Center.

"NYPA has done a great job on upgrading their welcome center (at the Power Vista in Lewiston). We've got one coming at the south end of the Greenway," Stephens said.

Honan said the consultants will have to answer Stephens' question.

"As much as we can make it coherent, we will," Honan said.