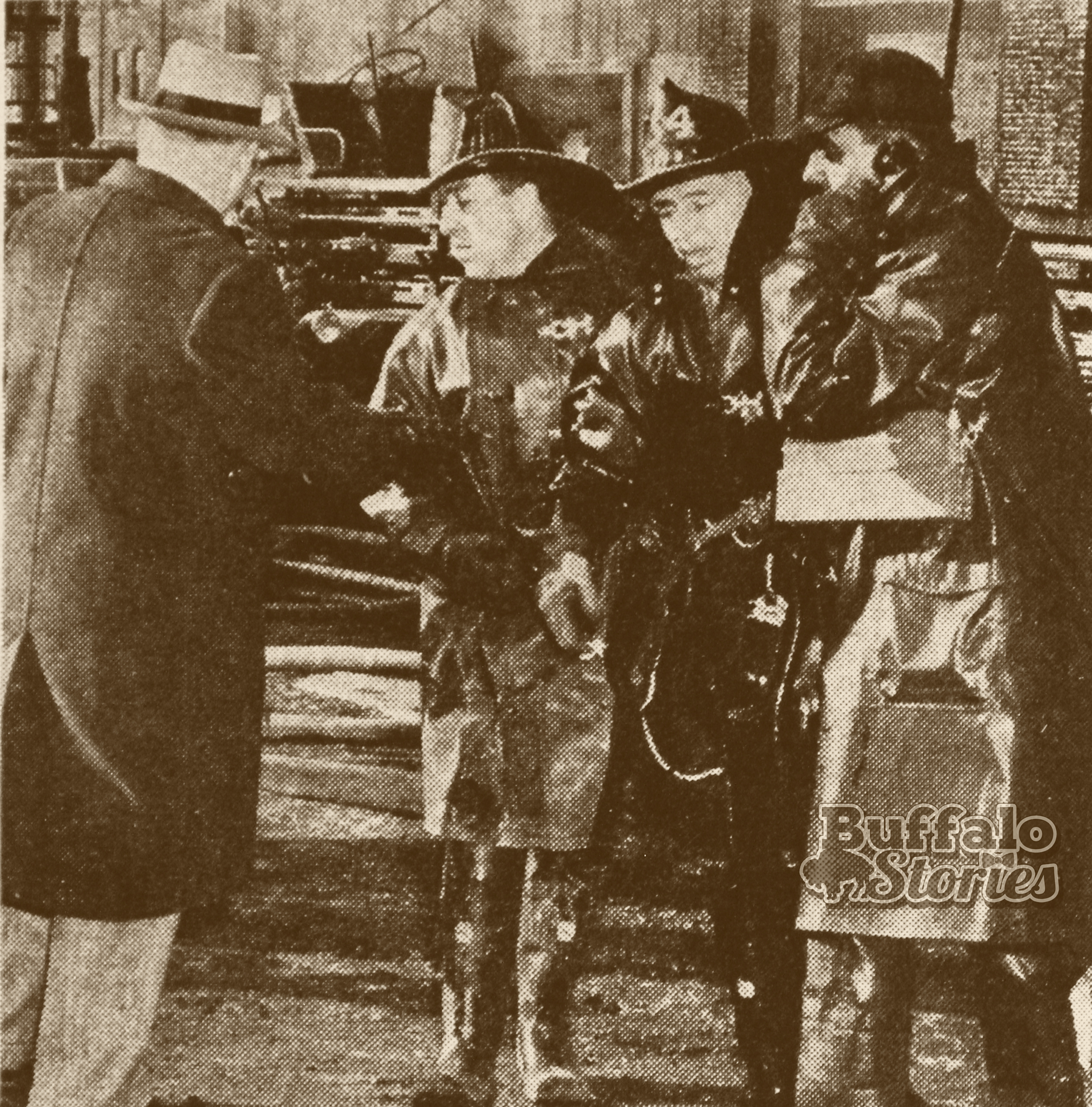 Buffalo Fire on the scene of the Bison warehouse fire using the latest in firefighting technology: the two-way radio. (Buffalo Stories)

Today the spot is a parking lot in the Larkin District. But in 1954, the $750,000 general alarm fire at the 10-story warehouse of the Bison Waste and Wiper Co. became the largest fire in Buffalo’s history.

At one point, nearly 200 firefighters were battling the blaze, which raged out of control for seven hours, covering the city with “a choking pall of black smoke.”

All told, more than 400 firefighters — every available firefighter in the city, including those off-duty and on vacation — were on the scene. Civil Defense wardens sat in otherwise empty firehouses to make sure that calamity didn’t strike any other parts of the city while the mammoth blaze threatened all of what is today’s Larkin District. More than a dozen firefighters were injured in what was Buffalo’s first general alarm fire.

At least 3,000 came to the Hydraulics neighborhood to watch the conflagration, and thousands more watched it burn live on Channel 4, which pointed a camera at the smoky blaze from the roof of their studios at the Hotel Statler.

Built in 1912, the building was originally part of the Larkin Co. complex. The aerial photo of the fire shows the neighborhood as it stood in the mid-1950s, with the iron bridge over the railroad tracks on Van Rensselaer Street and St. Patrick’s Church, at Seymour and Emslie streets, which was torn down in 1982. 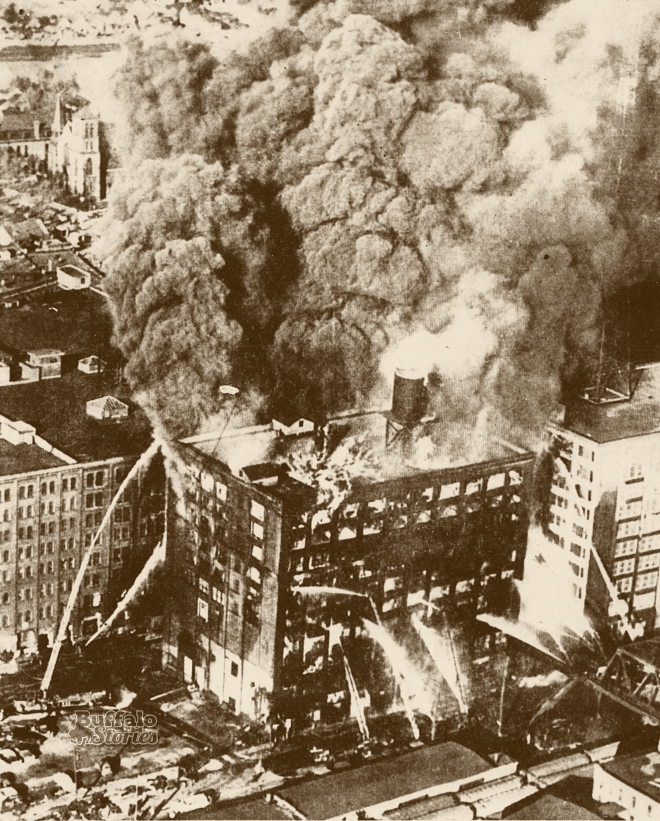