When I read of Kobe Bryant’s death I felt an acute sorrow that celebrity deaths typically do not impress upon me. The public displays in honor of celebrities always seem performative, even self-congratulatory.

I talked about it with my friends, who felt similarly and struggled to understand how some white kids from Western New York could be so affected by the death of someone we only knew as a cluster of pixels shooting jump shots on a screen.

Kobe’s sudden death at 41 reminded me of my own dad’s early death at 46. I felt empathy for his surviving daughters, who I previously did not even know existed. It brought me closer to the intense but constructive despair of human loss arriving too soon.

Bryant was the rare athlete who transcended sports and became a cultural figure. In addition to on-court success, he wrote poetry, won an Oscar and spoke several languages. Beneath all figures, though, beneath the mystery and the mythology, is always a person. And people do bad things that cannot be excused or forgotten, even in death. He sexually assaulted a 19-year-old girl and was forced to publicly apologize after settling in civil court. He shouted a homophobic slur at a referee later in his career.

History might view his body of work and fatherhood as the results of his fixation on his own personal improvement. The #MeToo movement has positively shifted the conversation around sexual assault in a progressive direction which rightly seeks to address the experiences of women. Therefore, we cannot dismiss Kobe’s violent actions simply because he was a good ballplayer.

Kobe was drafted in 1996, the year I was born. By the time my generation started paying attention to basketball, he was a veteran superstar and LeBron James was the fresh-out-of-high school phenom. At that age, we wouldn’t have understood his personal failings and probably would not have cared anyway. He was incredibly fun to watch. 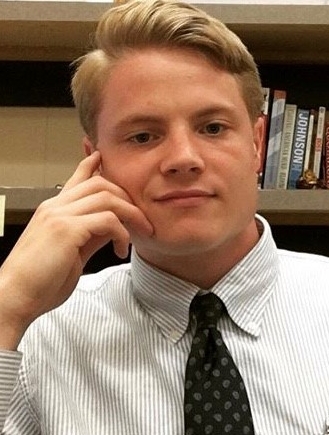 Around that time, Bryant started wearing number 24, supposedly to “one up” Michael Jordan. “How cocky,” said my dad, who grew up watching Jordan. I suppose a healthy dose of egotism is necessary for the great ones in any field, especially for people in public. Kobe had an egotism borne not of reckless arrogance but superior self-mastery.

He seemed at times almost obnoxiously certain of himself and his own mystique. He fashioned himself the “Mamba.” He embodied the idea that no obstacle stands in the way of relentless willpower. He created a brand, as it were, of “killer instincts,” obsessive mental fortitude and cerebral domination. The “Mamba Mentality” morphed into somewhat of a meme that could apply to finishing one’s homework assignment last minute or asking a pretty girl for her number.

Maybe that is why Bryant’s death stung for so many people, including a bunch of wannabe ballers who watched him on TV and bought his shoes. There is a twisted irony in his death on account of a freak accident: he and his daughter plunging to the earth from their flight. It was a grim reminder that no matter how strong our determination, or willpower, or personal success, the looming specter of death haunts us all. And despite this infinitely gloomy truth, we’re left with no choice but to lace up our shoes and continue walking toward our destination.

Derek Smith is a former editor of the student newspaper at SUNY Oswego.