Call it fermented tea, or call it kombucha, it doesn’t matter: Plenty of people who taste it for the first time vow it’ll be their last.

Despite that fact, the ancient beverage, invented in Asia centuries ago, is newly popular in the United States. Its probiotic content is thought to have healthful properties, and some people like the taste.

Think aging apple cider from a gallon that’s ballooned, forgotten, in the back of the fridge. Sour, a little fizzy, fruit gone skanky. Unlike turning cider, though, kombucha can come in myriad flavors, some quite delightful.

Either way, some $700 million worth of it was sold in 2019. In Buffalo, Barrel + Brine, Bootleg Bucha, Snowy Owl and Big Norwegian turn out local brews.

Barrel + Brine started selling kombucha in 2015, and now wholesales five or six flavors at a time, owner Lindsey Marvin said. At about 2,500 liters per week, in ginger + lemon, orange + hibiscus, elderflower and other flavors.

“In the grand scheme of a brewery, it's not very much,” she said, “but considering we started with a 5-gallon bucket at a time, it's grown substantially.” 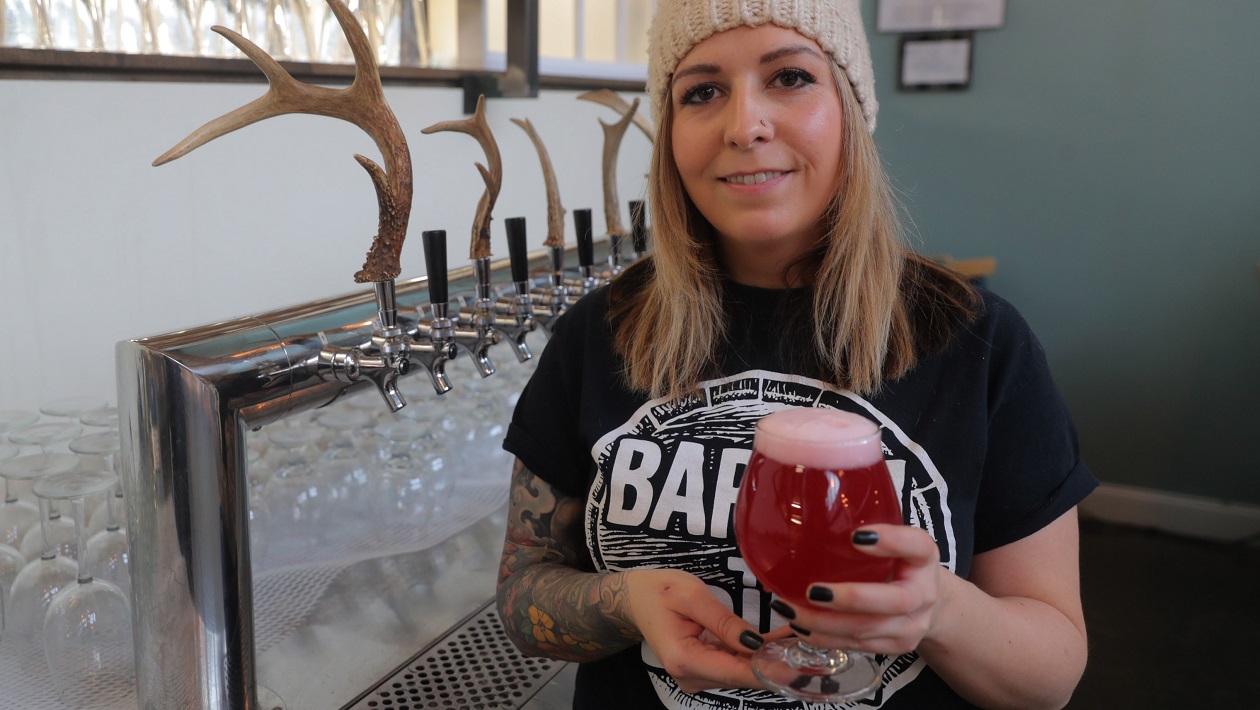 To be clear, it was always there. Most kombucha has a little alcohol, just not enough to register as an alcoholic beverage. This is different: kombucha brewed so it finishes at 3% to 4% alcohol by volume, as much as a lighter beer.

At Barrel + Brine’s café on Chandler Street, open Thursday through Sunday brunch, kombucha, with 12 varieties on tap, had already been used in cocktails from the café’s full bar.

[Sign up for the [BN] Food & Drink newsletter to get the latest restaurant news delivered to your inbox every Wednesday.]

It starts the same way, with a blend of loose-leaf tea, sweetened and fermented with a floating mushroom-like mass of yeast and bacteria called a “scoby.”

“We still ferment with a scoby,” Marvin said, instead of adding probiotic powder to fruit juices, like some of the big producers. The adding-powder method results in drinks that can be sold as kombucha in the United States, she said, but lack the tonic benefits of fermentation and the antioxidants of fresh fruit the Barrel + Brine version has. 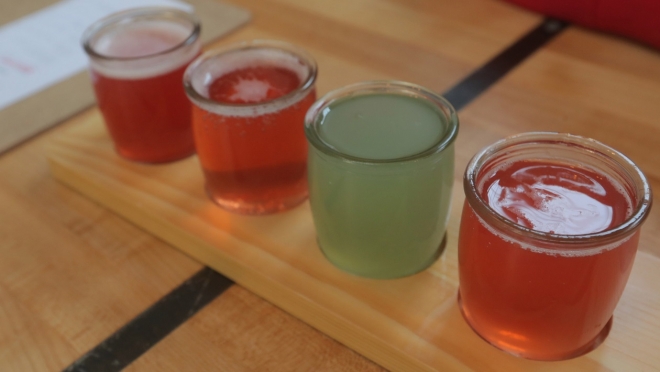 There’s two kinds of alcoholic kombucha at Barrel + Brine. A mango hops kombucha is made in a beerlike process, where the kombucha is the wort to be flavored and finished. 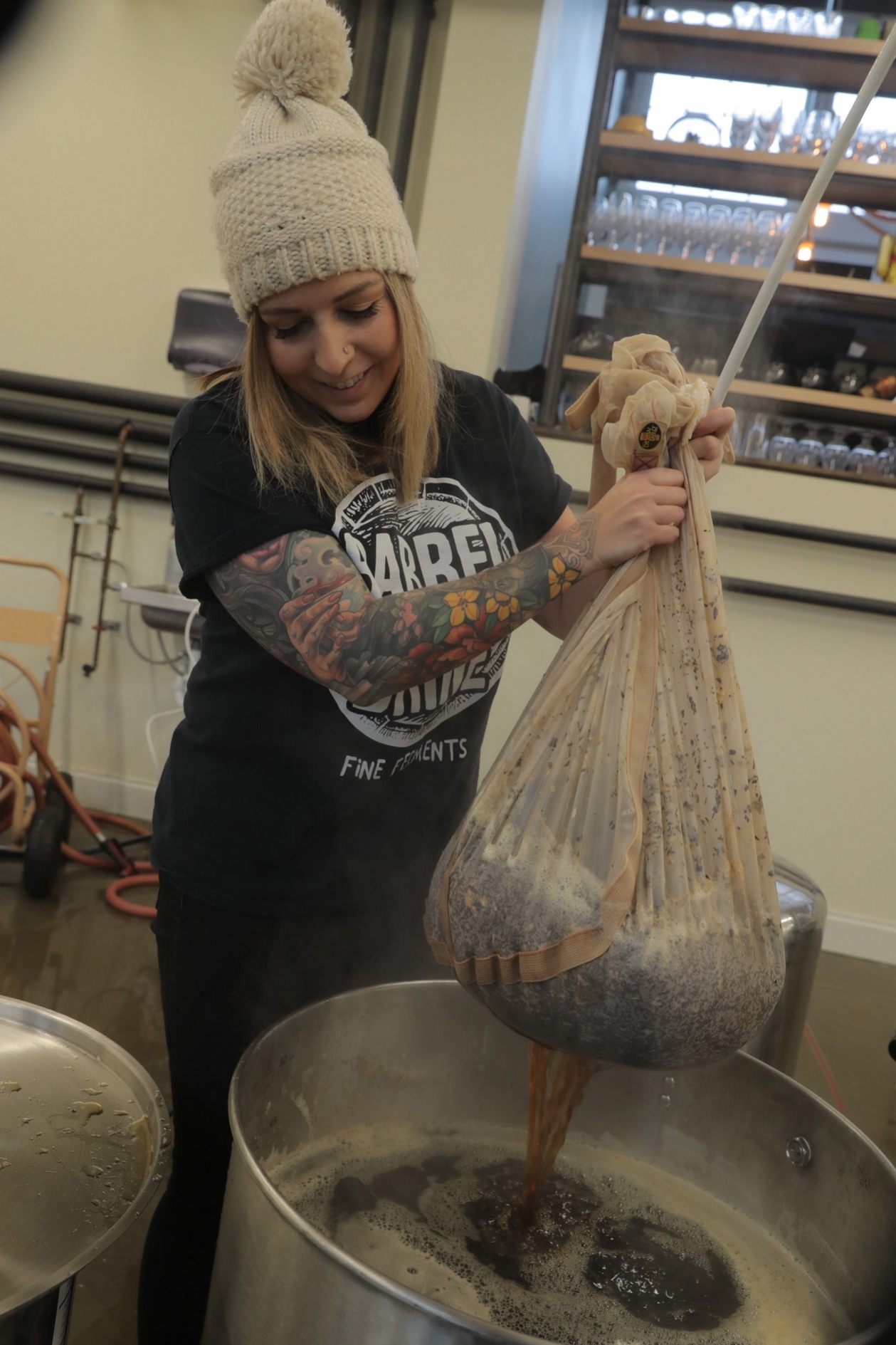 The second is more of a hard cider, using champagne yeast, made with apple and ginger. Both are about 4% alcohol, and only available at the café, 155 Chandler St.

Marvin and her husband, RJ, got a brewer’s license at Chandler Street with the idea that if the alcohol spiked while fermenting a batch of kombucha, as sometimes happened with high-sugar fresh fruit, they could still sell it.

“It's just interesting, it's a different process,” she said. “It was so popular in the bar and cocktails. It just kind of seems like a no-brainer. Like why not? We approach kombucha from a perspective of flavor.” 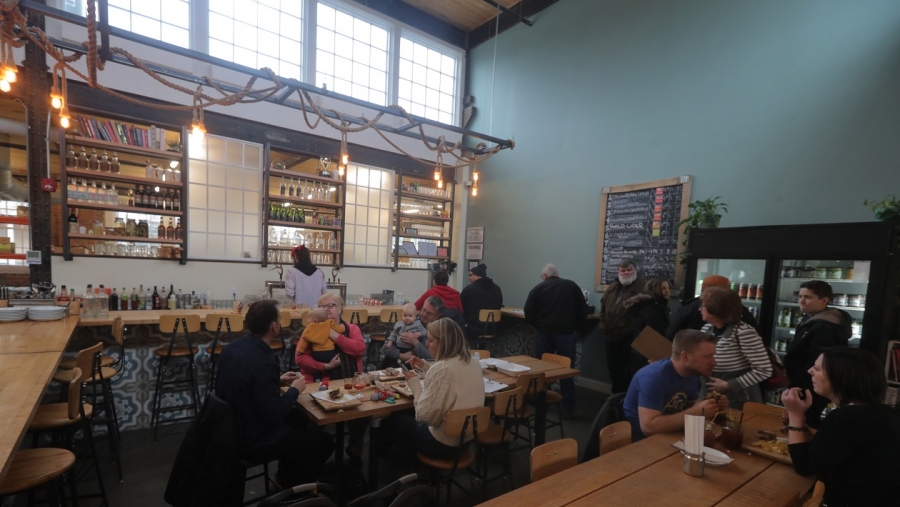