How could I, as a loyal and rabid graduate of St. Bonaventure University and married to one as well, work at Canisius College?

That was my reaction six years ago when I was approached about becoming vice president of institutional advancement at Canisius after a 37-year career in the world of public relations and advertising, including the last 20 as co-owner of the Travers Collins agency. As a die-hard Bonnie who attended college when the Little Three rivalries burned white hot, that was a fair question.

But then, a fellow Bonaventure graduate (with a Canisius MBA degree) said, “Don’t be ridiculous … it’s a great school and it stands for everything you believe in.” With that, I made the leap and soon found that truer words were never spoken and amazingly more prescient than either he or I knew at the time.

In August 2014, I went to Canisius College to head up fundraising, public relations, marketing and alumni engagement. As my longtime pal and prominent journalist Erik Brady, the gold-est of the Golden Griffins, termed it, I was the “embedded Bonnie.” While I know eyebrows were raised among the Canisius faithful about the propriety of hiring of an infidel in brown and white, I was warmly welcomed into the Canisius family.

I plunged into life at Canisius and loved it from the start. Everything about it. The Jesuit, Catholic mission, the students, the faculty, the staff, the alumni, the charming campus and of course, the iconic Golden Dome. As opposed to raising money to construct buildings, I fantasized about obtaining donations to knock down the cylindrical, ugly Churchill Tower. Suddenly my wardrobe was splashed with blue and gold but I will admit that attending Canisius-Bonnie games always presented a challenge (I sat on my hands and secretly rooted for the Bonnies knowing I couldn’t lose either way).

Fast forward and I have reached the “R” stage of life that we all think will never come – retirement. I’m not sure an all-out “R” is for me but we’ll see. My friend says I am “refiring,” and he’s right – I like that. I’ve got some tread on these tires, I just need to decide where and how much to drive on them. I’m told I made an impact on Canisius and am leaving my areas of responsibility in a good place and I am proud of what my team and I accomplished. Onward and upward. 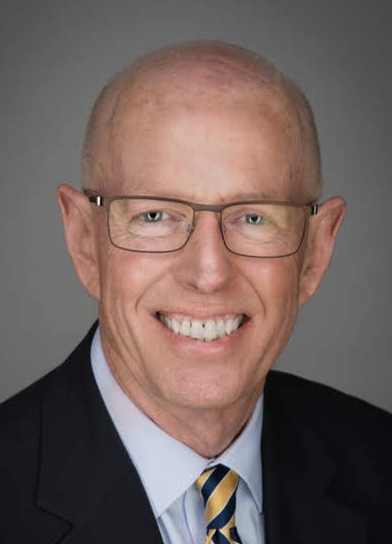 Before I came to Canisius, I had never given much thought to the place the college occupies in our community. But now I clearly see the college as a bedrock institution in Western New York, and an underrated one at that. It seems all roads in Buffalo intersect at Canisius and its graduates have long been the business and political leaders, lawyers and accountants and doctors and dentists and teachers in our community. Canisius for 150 years has educated the young people of Western New York who stay here and make a difference.

I have faith in the staying power and resilience of Canisius College and the leadership of President John Hurley. I will always be first and foremost a Bonnie but also proud to be an honorary Golden Griff.

Bill Collins is retiring from his post in marketing and alumni engagement at Canisius College.