Jerry West’s eyes spoke volumes before he said a word on the ABC and ESPN special report Sunday night: “Kobe Bryant: Death of a Legend.”

West's eyes were bloodshot, apparently from crying, as the NBA legend and former general manager of the Los Angeles Lakers who acquired Bryant in the 1996 draft tried to put into perspective the devastating news that the NBA great had died with his daughter Gianna and seven others in a helicopter crash Sunday.

West held back tears as he found the words to describe Bryant, who had become an Oscar and Emmy-award winning filmmaker after his retirement in 2016.

“He was a man for all seasons,” said West during his eloquent discussion with Robin Roberts, Michael Strahan and Tom Rinaldi.

In a sense, we were all Jerry West on Sunday night. By “we,” I mean pro basketball fans who admired Bryant’s talents and charisma as he won five championships with his star-studded teammates, including Shaquille O’Neal.

Los Angeles Clippers Coach Doc Rivers was as emotional as West, holding back tears in a moving clip played on multiple newscasts.

Bryant’s death led all three local news departments to scramble for any Western New York angle connected to the superstar.

Undoubtedly, some viewers may have been uncomfortable with all of the Bryant adulation because he was accused of sexual abuse in 2003. The charges eventually were dropped, but Bryant settled a civil lawsuit with the accuser that included an apology in which he wrote that he believed the encounter was consensual and “I now understand how she sincerely feels that she did not consent.” 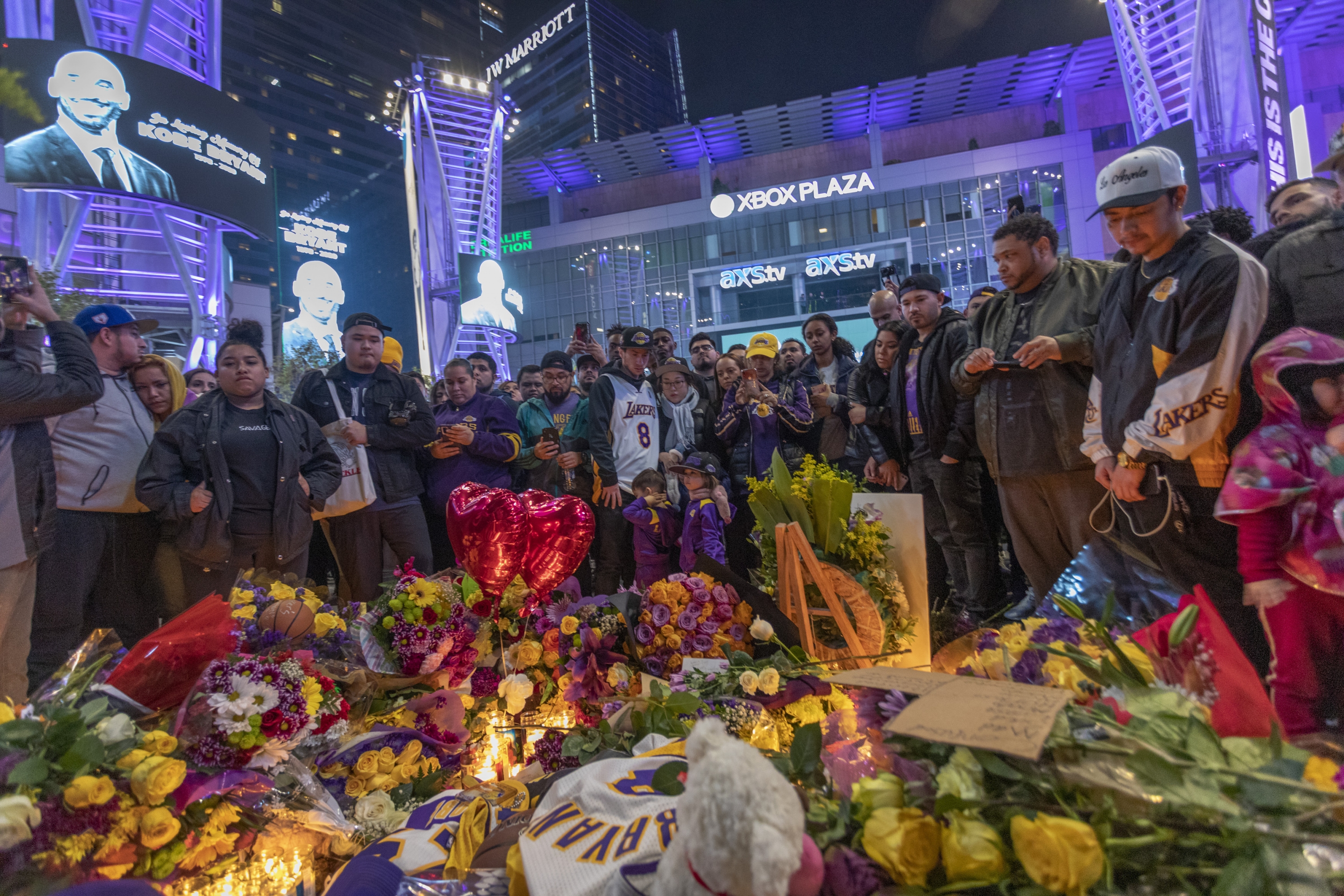 In the era of the #MeToo Movement, Bryant’s reputation likely would have taken a bigger hit now than it did then.

Obituaries are generally a celebration of a person’s life, but they don’t ignore significant negative details that make national news.

The ABC News report on its national newscast that airs at the same time as NBC's appropriately mentioned it, though briefly.

CBS was carrying a golf overrun at 6:30 p.m. and doesn’t have a traditional national newscast on Sundays.

However, ABC made the biggest journalistic mistake Sunday, with reporter Matt Gutman reportedly and erroneously speculating early in the coverage that all four of Bryant’s daughters had died with him in the helicopter. Gutman stayed on the story during the evening news and prime-time special.

In another journalistic embarrassment, ESPN reportedly aired erroneous speculation that former Laker Rick Fox, a teammate of Bryant, had died in the crash.

On the first day of my communications classes at SUNY Buffalo State, those two errors were reminders that it is more important to get things right than be the first to report unfounded speculation.

It was fitting that ABC preempted its regularly scheduled programming to carry the hour special, because it is the NBA broadcast network these days.

Of course, CBS stuck with “The Grammy Awards,” which were being performed at Staples Center, the Lakers’ and Los Angeles Clipper house that Bryant played in after the first three years of his 20-year career. 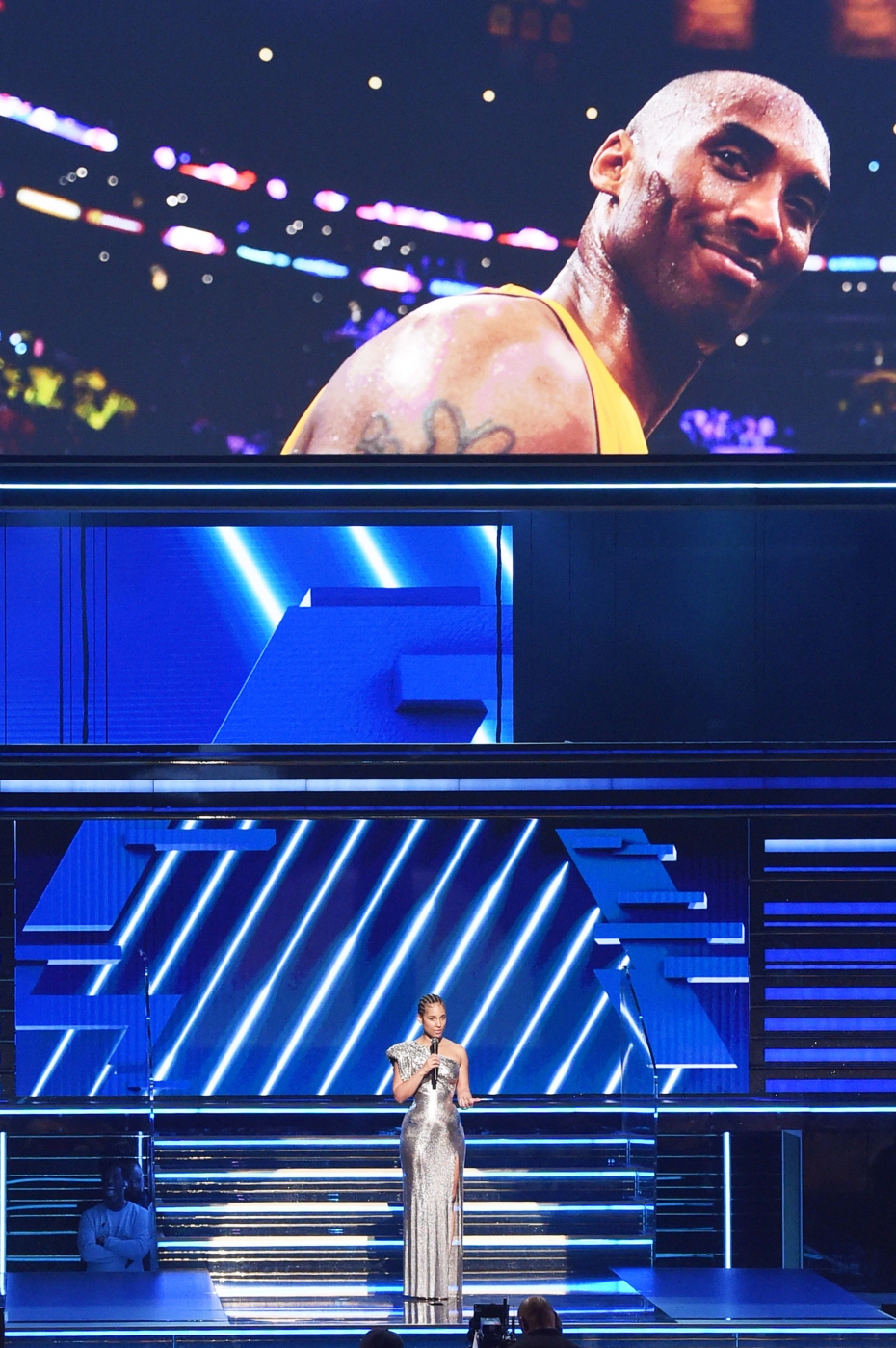 An image of Kobe Bryant is projected onto a screen while host Alicia Keys speaks Sunday during the Grammys. (Kevin Winter/Getty Images for The Recording Academy/TNS)

Grammy host Alicia Keys beautifully captured the “crazy sadness” that the basketball nation and the world were feeling before it was time to go on with the show.

Keys’ speech was so powerful that it belonged at the start of the program instead of the energetic musical number by Lizzo, which could have – and should have – followed it.

Given a choice of watching the Grammy or the Bryant special at 10 p.m., I went with my heart and love of basketball and turned to ABC and DVRed the Grammys. That’s the best way to watch them, since you can fast-forward through the commercials and skip the acts that don’t interest you.

The programming decision paid off several times. Besides the magical moments from West, there was ESPN and ABC’s Michael Wilbon recalling Bryant sending him flowers after he had a heart attack.

It was a caring side of Bryant that Ramona Shelburne also spoke of during ABC’s “World News Tonight” as she noted that the NBA star frequently reached out to text her during her pregnancy before the birth of her son 15 months ago.

Shelburne also told a sweet story about Bryant teaching himself to play “Moonlight Sonata” on the piano by ear for his wife, Vanessa, as a romantic “grand gesture.”

But perhaps the best moment came when ABC showed clips of an earlier interview that Roberts did with Bryant in which she asked him to respond to words.

The words "Los Angeles" led Bryant to say “home,” the word "retirement" led him to say “peace” before Roberts concluded with the word "legacy."

Jerry West, Rivers and every pro basketball fan couldn’t have summarized it any better.