Millions of dollars in federal funding flows into this region to support research into new medications and medical devices to treat chronic and deadly diseases.

Research that proves the effectiveness of cutting-edge treatments can help extend the lives of Western New Yorkers, and participants in clinical trials gain early access to promising medicine and medical devices.

This research is a key piece of the health care industry that is viewed as an economic engine for the region. UB and the other institutions employ thousands of researchers and their work has spun off into health care startup companies that employ hundreds more.

These are some notable medical researchers whose past and future work is driving health care innovation in the region. Their areas of interest range from mental health and addiction in older adults to the connection between sleep disorders and PTSD and whether the risks of hormone therapy in older women outweigh the health benefits. 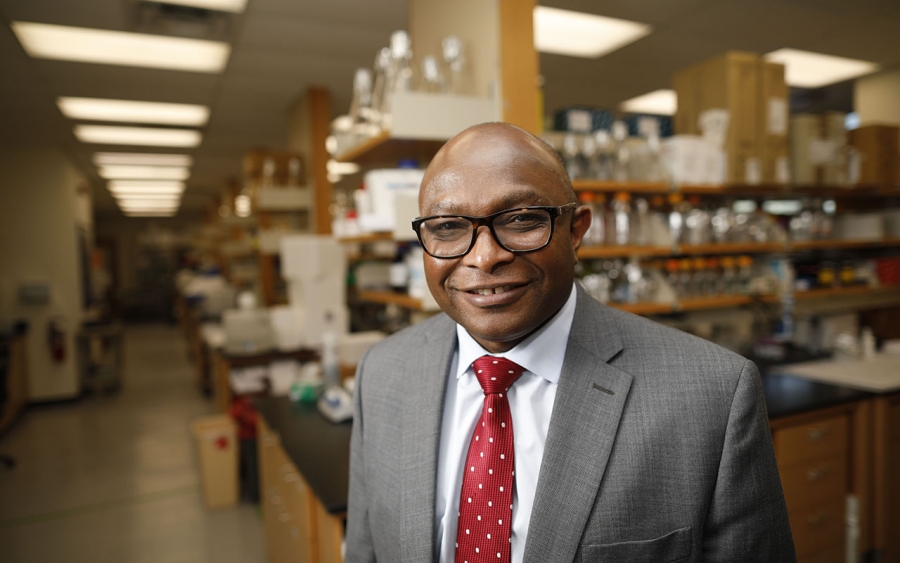 Odunsi talks about cancer like an enemy. It’s him and his troops versus the malignant foe.

“We know how cancer cells behave,” says Odunsi, a gynecologic oncologist who leads a team of researchers in the Center for Immunotherapy at Roswell Park Comprehensive Cancer Center. “Each time you do something, they come up with a counterattack.”

Immunotherapy uses the body’s immune system to attack cancer cells — and only cancer cells. Kill the enemy, and keep the healthy cells untouched.

But cancer fights back. Though a series of lab experiments and clinical trials, Odunsi’s team is decoding how cancer counterpunches, and devising strategies to block it.

“Who is the central driver of this cancer counterattack?” Odunsi said. “Who is the king that we really need to take down? We’re beginning to identify the hierarchy.”

And then? Attack. In one of Odunsi's clinical trials, patient's blood cells are being "reprogrammed" to produce an ongoing supply of two vital immune cells.

Outthink it, outsmart it. That’s how you beat cancer. 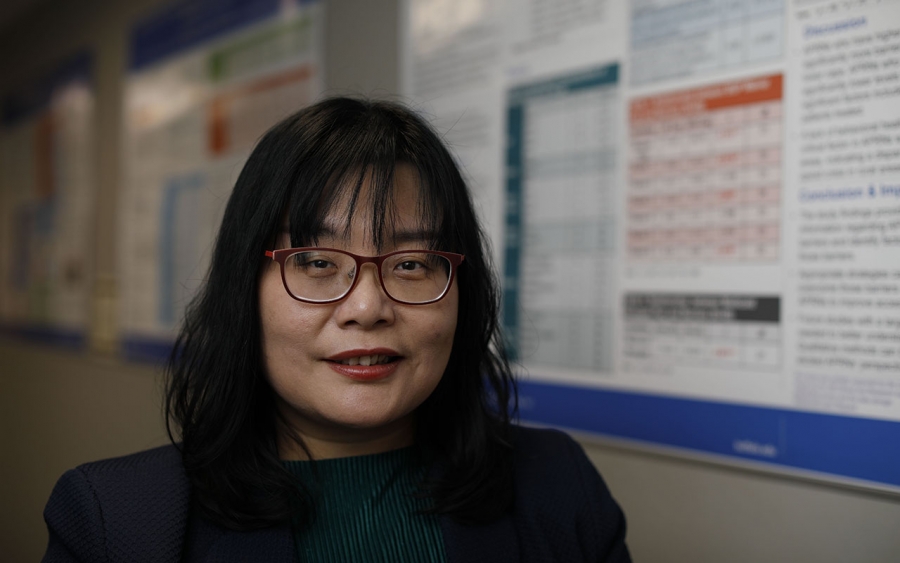 Chang is associate dean for research and scholarship at UB’s Nursing School and is co-director of the university’s Center for Successful Aging.

She’s regarded as one of this country’s leading researchers into mental health in older adults, particularly those with dementia and addictions.

Chang has led studies that connected college education levels and opioid misuse and that seek to address depression, fatigue and other health issues faced by family caregivers of patients with dementia.

She is a psychiatric and mental health nurse by training and said her research focus stems from her clinical experiences with patients and their relatives.

She describes mental health and addiction as chronic conditions, just like other health problems, that often go underrecognized and undertreated. Many patients also face stigmas and barriers to receiving care for those issues.

Chang wants to integrate mental and behavioral health care into primary care clinics and to better train health care professionals to treat those conditions in their patients. 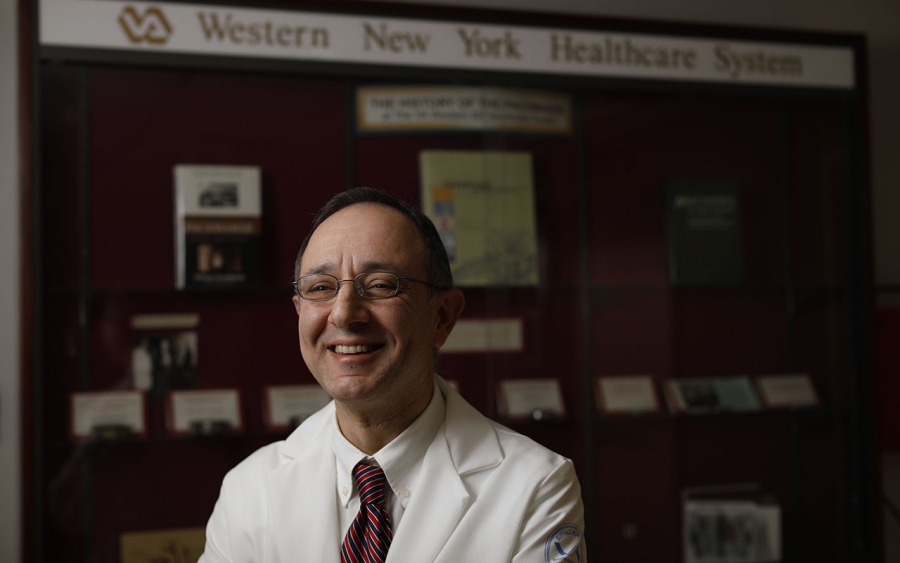 El-Solh is director of research for the VA Western New York Healthcare System and professor of medicine and epidemiology at UB. El-Solh joined the VA in 2008.

He has led major sleep studies into the connection between sleep apnea and cardiovascular diseases.

El-Solh and his VA team are researching new approaches for patients with insomnia and sleep apnea that would treat both conditions at the same time.

This has resonance for veterans who return from a deployment suffering from PTSD, he said, because a lack of sleep can worsen their symptoms and lead to suicidal thoughts.

He said people view sleep as a luxury without realizing the consequences of not getting enough rest.

Inadequate sleep, whether because of insomnia or sleep apnea, is linked to high blood pressure, diabetes and heart problems, among other issues.

That’s a concern for Buffalo, which already has high rates of heart disease and stroke. But it’s also an opportunity to improve health outcomes by encouraging people to get more sleep, he said. 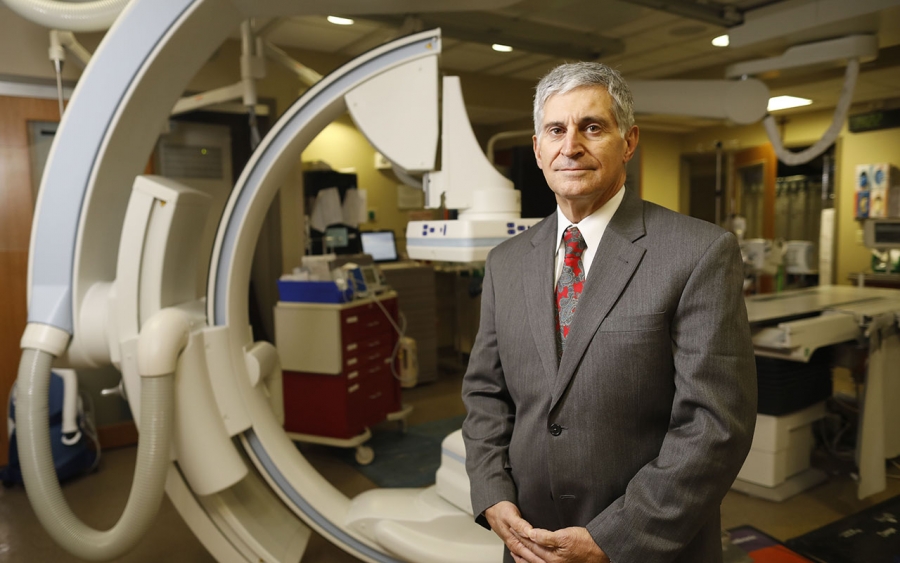 Gelormini moved to this area in 1978 to attend UB’s medical school. He was a cardiologist for many years with Buffalo Heart Group, now part of Catholic Health’s Trinity Cardiology.

He’s taken part in device and new drug studies for cardiovascular disease for more than 25 years at both Kaleida Health and Catholic Health hospitals.

Gelormini and his fellow researchers here have partnered with prominent national research institutions. This research has helped produce novel therapies approved by federal regulators that are now part of fundamental cardiovascular disease treatments.

They include now-standard medicine for congestive heart failure, new oral blood thinners for stroke prevention in certain patients with an irregular heart rhythm and devices that can predict a heart attack before any symptoms appear.

Today, at Mercy Hospital of Buffalo, Gelormini’s team is taking part in the National Cardiogenic Shock Registry, which uses a University of Michigan algorithm to improve survival rates for patients who have very low blood pressure during a heart attack. 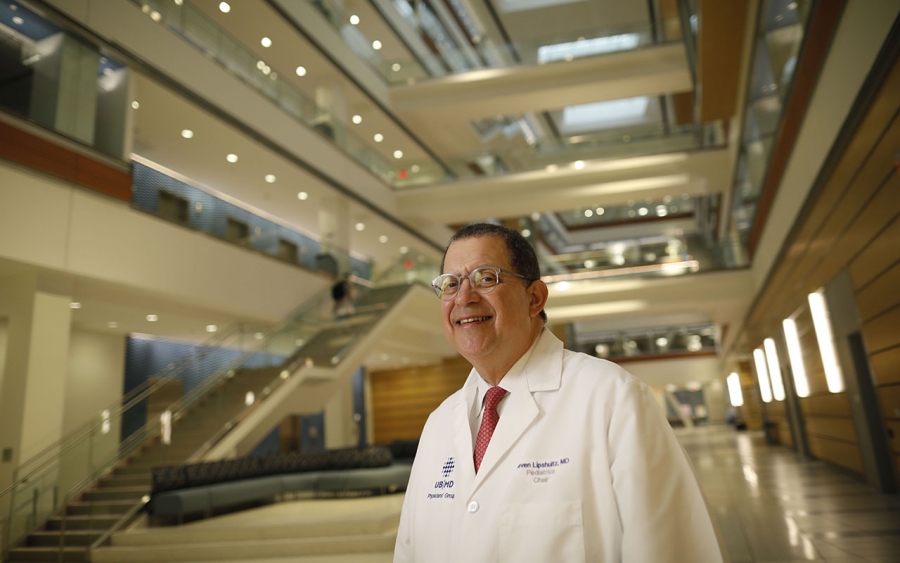 Lipshultz since late 2018 has served as chair of the pediatrics department in UB’s Jacobs School of Medicine and Biomedical Sciences and as pediatric chief-of-service at Kaleida Health.

Lipshultz, who was recruited to Buffalo from Michigan, is credited with helping to establish the field of pediatric cardio-oncology, according to UB.

He’s served as principal investigator on several major National Institutes of Health studies into the causes and treatment of cardiomyopathy – a disease of the heart muscle – in children. And the Bill and Melinda Gates Foundation aided his work on this disease for the World Health Organization.

Lipshultz received a congressional commendation for leading an effort to boost health outcomes for children who lived through the aftermath of the Chernobyl nuclear disaster as well as general pediatric health care in Ukraine.

He’s the author or co-author of more than 650 peer-reviewed publications, including those that target health disparities among racial, ethnic and minority populations. 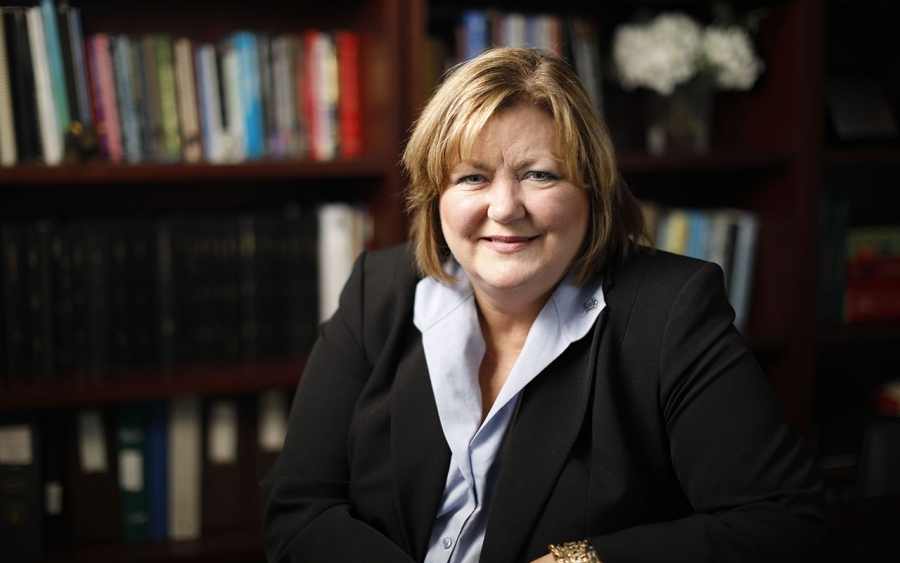 Wactawski-Wende has served as dean of UB’s School of Public Health and Health Professions since 2015. The North Tonawanda native has worked at UB for 30 years and said she’s glad to have the opportunity to spend her research career in her hometown.

She has an international reputation for her research on women’s health. She’s received more than $40 million in research funding and is principal investigator on UB’s part of the Women’s Health Initiative, one of the largest studies ever conducted on the health and longevity of older women.

The study already has shown hormone therapy in older women carries more risks than benefits, and as women ended this therapy it has led to fewer instances of breast cancer, heart attacks and strokes, she said.

Wactawski-Wende is writing a renewal grant for the initiative to take it through 2027.