Debbie Ehms and Susan Patterson came from Tonawanda to search the Buffalo waterfront on one of the coldest days of the year.

Shelley Seidman looks in her backyard at Marine Drive.

You can see them and others with binoculars, scopes and sometimes telephoto lenses, gazing out over the water just like the objective of their quest: the snowy owl. 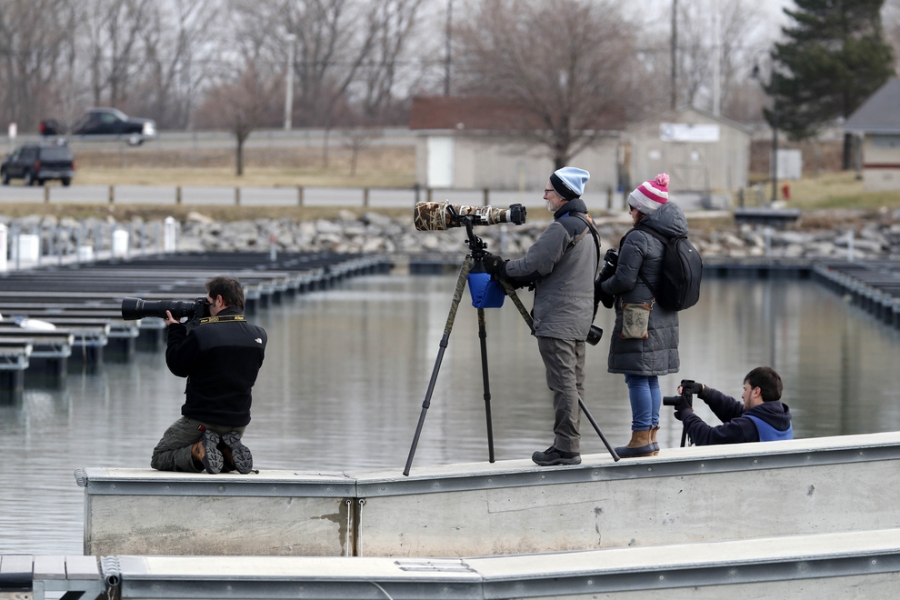 People snap photos of the snowy owl on a boat dock at the Buffalo Harbor State Park on Jan. 15, 2020. (Mark Mulville/Buffalo News)

Birders and bird lovers have been captivated in recent weeks by sightings of snowy owls in Buffalo. Several of the birds have come south from the arctic tundra for the winter, and have been seen at the inner and outer harbor and Ralph C. Wilson Jr. Centennial Park.

Patterson and her friend, Ehms, were on the hunt for a snowy owl after Patterson's son saw a picture on Facebook of an owl sitting on a garbage can in Centennial Park, formerly known as LaSalle Park.

"We found the garbage can, but we didn't find the owl, so we decided to come back here," Patterson said at Buffalo Harbor State Park. "We were on the shore looking and looking, and not seeing it, then Debbie saw everyone over here."

"Everyone" included members of the East Aurora Bird Club, on one of their outings on a recent frigid morning.

"Everyone was saying they’ve been seeing a snowy owl here and at the Erie Basin Marina. I didn't know about the garbage can," said Nancy Vigyikan, former president of the East Aurora club.

She was at the harbor with her husband, Paul, and daughter, Vee, who was visiting from Wyoming. They were equipped with binoculars and a high-powered spotting scope on a tripod, which zoomed in on the owl sitting on one of the docks at the Safe Harbor Marina.

"They seem to like open spaces. They breed on the tundra. They hang out at airports or the waterfront," Nancy Vigyikan said. 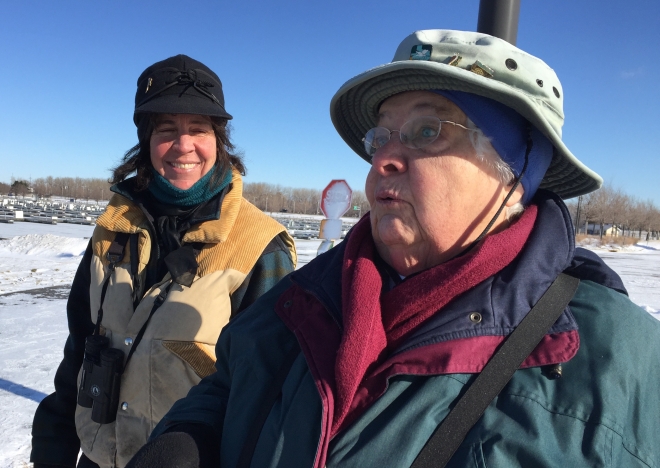 Ehms was excited to run into members of the club. She's newly retired and was looking for other birders. And she likes the snowy owls.

"It took me so long to find one. Once you start doing it, you kind of get to know where they're going to be. Sometimes I go down to the Dunkirk airport," she said.

These raptors are only seen in Western New York in the winter, bringing birders out in some bitter weather.

Strong westerly winds off Lake Erie sometimes bring rare birds to the area, and some birders will go to the waterfront in the middle of the high winds of a seiche when water from the lake is pushed to the eastern end, he said. He compared it to fishing.

Birders always on the lookout for unusual or rare birds, particularly during periods of migration in the spring and fall.

"Many of us live for the month of May when spring migration is at its peak. The warblers, shorebirds, thrushes, flycatchers, etc. … are hungered-for treats," said Sue Barth, who  has the Chirps and Cheeps birding blog, a journal about birding experiences. "It’s a connection with nature that provides stress relief, a peaceful calm, and an enjoyment of viewing the natural world." 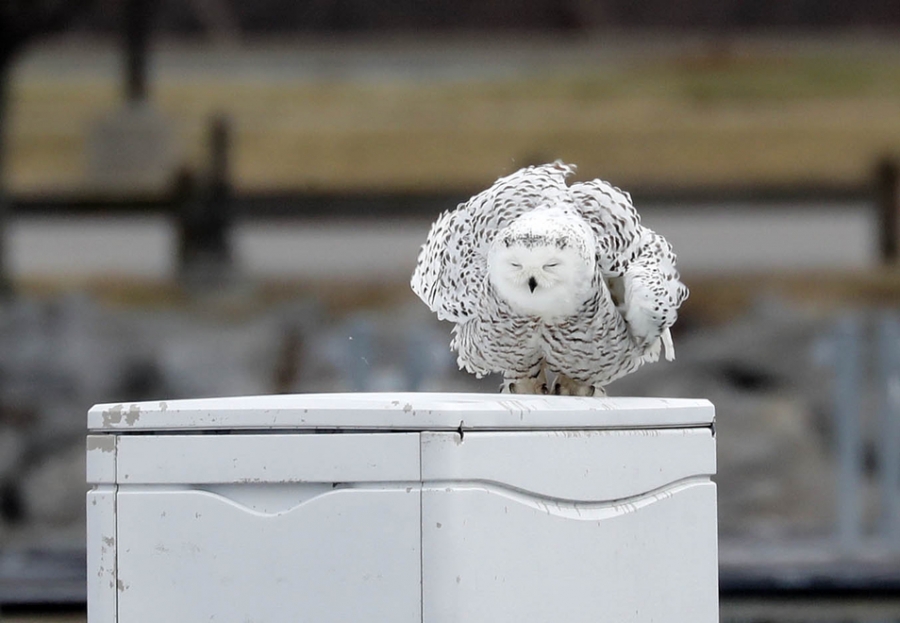