NEW YORK – Stephen Zarsky grew up with an abusive father, but went on to lead an honorable life until a young man with a stock portfolio – the son of a congressman and boyfriend of Zarsky's daughter – suggested that he break the law. And now Zarsky is a troubled old man, too sick to go to prison.

And, in the last sentencing in the Chris Collins insider trading saga, Broderick looked at that portrait and reacted with sympathy.

Sentencing Zarsky to four years on probation, including four months of home detention and 250 hours of community service, Broderick told him: “You’re getting a break here.”

That essentially ended a true-crime story that started on June 22, 2017, when then-Rep. Chris Collins called his son Cameron Collins with an inside stock tip. That same day, Cameron Collins passed that tip on to Zarsky, the father of Cameron's girlfriend, Lauren Zarsky.

Zarsky and his family, along with Cameron Collins, then dumped their shares of Innate Immunotherapeutics before the public learned that the company's only product, a multiple sclerosis drug, failed in clinical trials.

Chris Collins – an Innate board member at the time – his son and Zarsky got arrested in August 2018 and pleaded guilty 14 months later.

Through it all, Zarsky had remained the story's most mysterious figure.

But all that changed Friday, a week after Broderick sentenced the former Republican congressman from Clarence to 26 months in prison and a day after the judge sentenced Cameron Collins to five years on probation.

To hear the judge tell it, Zarsky's sentence reflected the decent, largely unnoticed life he has led. It also reflected his crime, which netted him $143,900 in ill-gotten savings that he had to pay back, with interest, to settle a separate Securities and Exchange Commission lawsuit.

The judge said he took into account the fact that Zarsky's father was an emotionally and physically abusive drug addict, and that his mother suffered from substance abuse problems and depression.

"There's no question that you had a difficult childhood," the judge said, noting that Zarsky still has flashbacks of the abuse his brother suffered at the hands of his father. "Many of the defendants here have similar backgrounds, but to Mr. Wolfe's point, many of them don't go in the same direction as you." 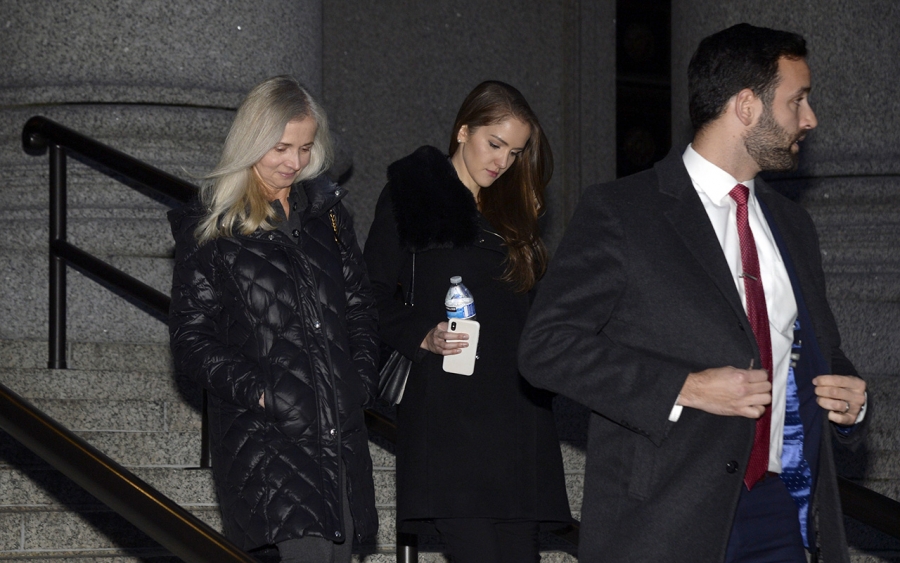 "He is a romantic poet, a songwriter with a love of music," Wolfe said. "As such, he's emotional, obsessive, observant and caring."

He's also deeply troubled. Zarsky acknowledged at an earlier court hearing he is a recovering alcoholic.

And in court on Friday, Wolfe said that at one point during the case, his client had an "relapse" of an unspecified condition that prompted him to inappropriately try to contact prosecutors late at night, prompting the judge to intervene.

That, Wolfe said, was proof of his client's fragile mental and physical health. The lawyer then quoted from a letter from Zarsky's wife, Dorothy, who said of her husband: "For the last 18 months, he has been fighting for his life."

Noting that Zarsky, 67, suffers myriad ailments for which he takes medications, Wolfe said the Bureau of Prisons could not care for Zarsky the way his team of seven medical professionals could.

The judge said later that he took Zarsky's health into consideration while issuing the sentence. Broderick said he also considered that, unlike Chris and Cameron Collins, Zarsky had a comparatively large percentage of his assets invested in Innate, giving him a clearer motive to dump the stock.

Wolfe also argued that Zarsky had suffered much already.

And  Zarsky, in a brief statement, tried to atone for his crime.

“I risked the welfare and future happiness of my family," he said, his voice wavering. "I will regret this decision for the rest of my life.”

Zarsky said, though, that there is much more to him than his one crime, conspiracy to commit securities fraud, would indicate.

He cited the songs he writes, saying he hopes they get heard some day so that people can "experience the good side of me."

Hearing that, the judge suggested that Zarsky make the most of the punishment ahead of him.

"Perhaps you can use that time in home detention to work on some songs," Broderick said.