Another member of the Buffalo Bills has gone under the knife.

Defensive end Jerry Hughes shared a photo of himself in a hospital bed on his Instagram story Thursday night. Hughes included the hashtags #GodsPlan, #Offseasonlife and #Road2recovery -- all of which would seem to indicate he was set to have surgery to repair the torn ligaments he said he played through during the 2019 season. 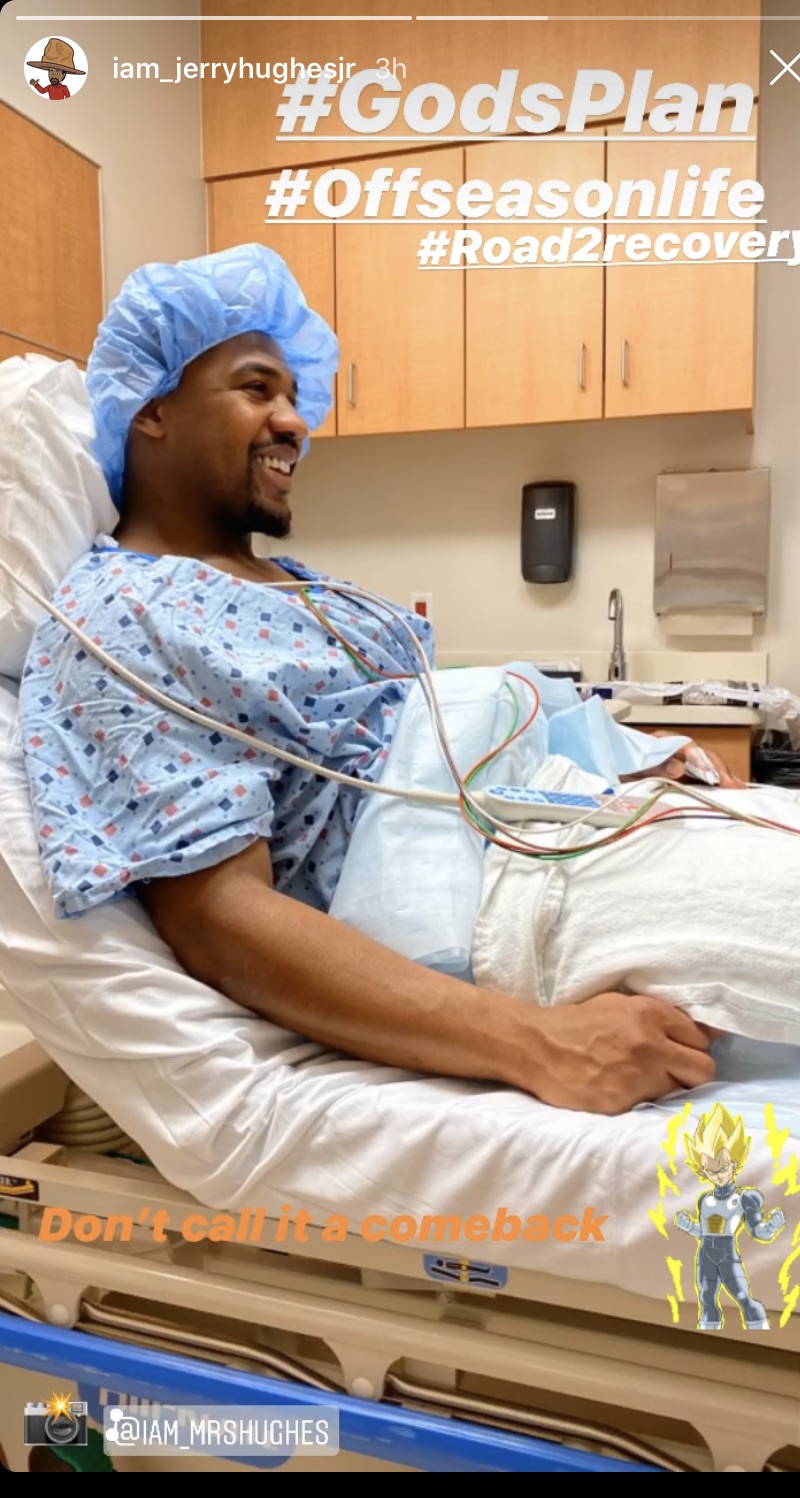 Hughes revealed after the Bills' playoff loss to the Texans that he had played through torn ligaments this season. The NFL subsequently launched an investigation into whether the team had broken league rules regarding reporting injuries. The conclusions of that investigation have not yet been announced.