When talk of an official flag for the City of Buffalo came up in 1896, it was quickly scuttled by city fathers.

“The Aldermen are coming round to the belief that the Stars and Stripes ought to be good enough for this city at any and all times,” reported the Courier.

Buffalo’s first official flag, created in 1913, was a New York State flag with the city seal placed in the center of it. 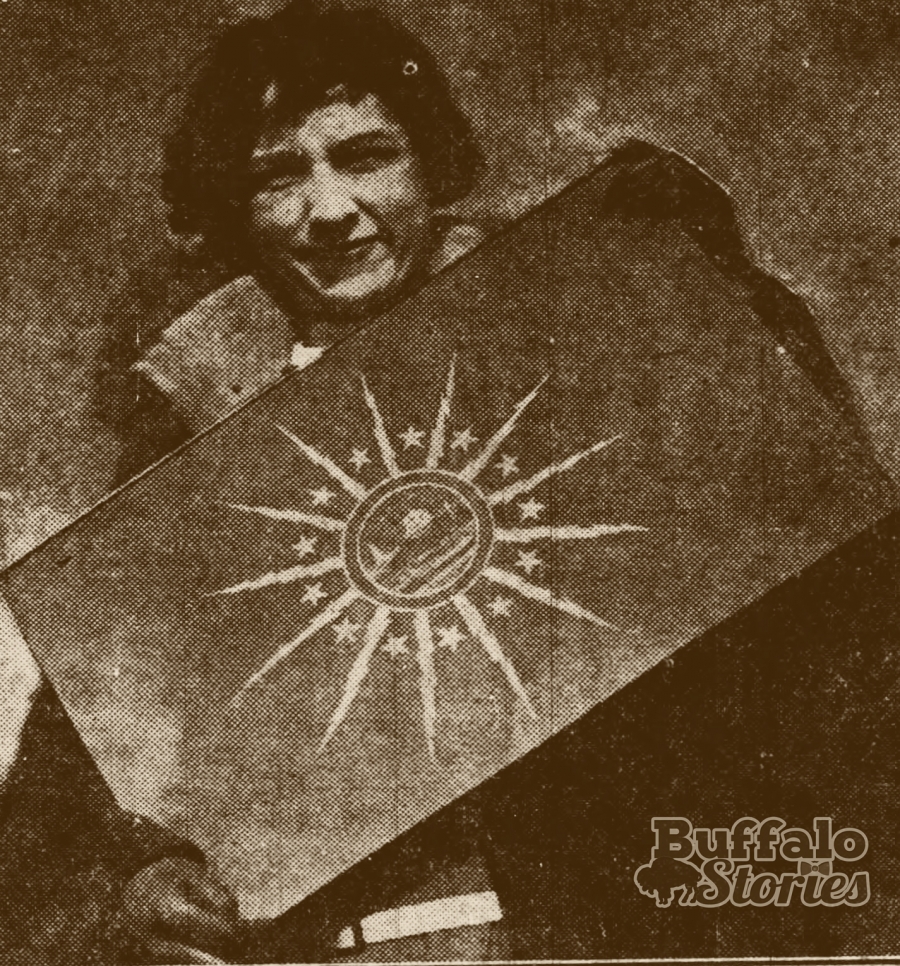 A decade later, Mayor Frank X. Schwab held a contest for a new flag. Louis Greenstein won the $250 prize for a flag that he designed in 1907 for Buffalo Old Home Days.

“Mr. Greenstein, who designed the flag, has worked apparently to join the old and the new, for the flag bears the city seal which has for many years been the symbol of the city, and bears 13 radical electrical flashes to typify the energy and zeal behind the spirit of a new Buffalo,” said Mayor Schwab, just before the new flag was hoisted up on a pole in front of what was then City Hall and today is old County Hall.

“This flag should be significant to every real Buffalonian,” said Mayor Schwab on Flag Day 1924, “not in a merely decorative sense, but should be precious in strong, vigorous practical civic sense.

“Buffalo’s flag and Buffalo’s community spirit are one in the same thing; as the flag and ourselves are identical and inseparable.”

Many years later, Greenstein told the Courier-Express that the 13 stars on the flag stood for America’s 13 original colonies, while the 13 electric flashes were symbolic of Niagara’s electrical power.