With a mandate to give away $1.2 billion over 20 years, the Ralph C. Wilson Jr. Foundation figures to have an unprecedented philanthropic impact in Western New York.

Around $300 million has been spent or promised so far in the region since the foundation formed five years ago – with a similar amount tallied in Southeast Michigan, the foundation's other focus area. The dollars being spent on both regions is expected to grow with the foundation's pot of money now expected to exceed $2 billion.

"The idea that we are able to spur economic development and to play a role in the renaissance and job growth in this region is very important to our board and staff," said Mary Wilson, the widow of Ralph Wilson, the founder and owner of the Buffalo Bills at the time of his death in 2014.

"I know Ralph would be happy that we and he are making a difference along in this area, along with our public and private partners," she said.

On Tuesday, Wilson, one of the foundation's four life trustees, discussed the philanthropy's efforts to improve the quality of life in the Buffalo and Detroit regions.

Wilson delivered her 25-minute keynote talk Tuesday at Salvatore's Italian Gardens before more than 300 business professionals. Her speech also launched Prospectus, an annual business supplement of The Buffalo News that will publish on Sunday.

Wilson spoke about the foundation's core areas of investment – active lifestyles, caregivers, preparing for success and entrepreneurship and economic development.

Wilson recalled the $100 million announced on what would have been Ralph Wilson's 100th birthday in October 2018 to boost parks and trails in Western New York. It was the single biggest philanthropic gift in the region's history. A similar initiative was announced the same day in Detroit for a downtown park and a regional trail system in Southeast Michigan.

Half of the $100 million for Western New York will support completing the regional trail system. The other half will transform the former LaSalle Park on Buffalo's Lower West Side into a state-of-the-art Ralph C. Wilson Jr. Centennial Park in 2024.

Wilson said the foundation wants to get more young people playing longer and more often. A "State of Play” report it commissioned found just 16% of youth in Western New York get an hour or more of physical activity a day. The foundation wants to increase that number by investing in new programs and recreational opportunities for youth, and by trying to change the culture of the youth sports system. Project Play WNY is pursuing those goals. 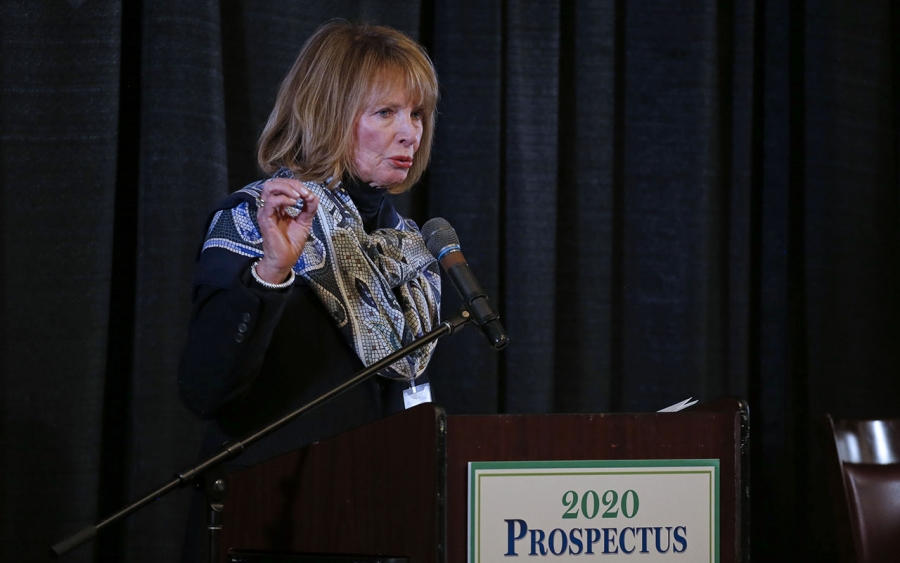 Caregiving is another area Ralph Wilson felt strongly about.

The foundation is looking at how to better support entry-level caregivers by making the jobs more desirable and rewarding and part of a career path.

A pilot program it supports, called THRIVE, involves the Cleveland Clinic, Catholic Health in Buffalo and Ascension in Michigan. The program looks at how to reduce the more than 50% national turnover rate for entry-level caregivers, Wilson said.

"Although caregivers are the backbone of the health care system, they are often not recognized and supported as such," Wilson said.

The initiative is also looking at how to better support family and volunteer caregivers.

The foundation is also engaged in "Liftoff," a program to help prepare children for future success by the time they start kindergarten.

The "Preparing for Success" initiatives are involved with meaningful after-school programs that can "help kids become curious, fulfilled and well-rounded adults," Wilson said.

She pointed to the Buffalo Maritime Center's “Hand-to-Hand” program, which teaches youth how to build wooden boats throughout the school year, along with practical and life skills that can stay with them throughout life.

Helping entrepreneurs get resources and technical assistance is a big part of the foundation's commitment to entrepreneurship and economic development.

The foundation gave a grant to the 43North competition to provide mentoring and business support, talent recruitment and to launch the TechStars program.

The foundation is helping people gain technical and employable skills through its support of the Northland Workforce Training Center.

It is also part of a collaborative of 15 philanthropies and banks called East Side Avenues that has raised $8.7 million to date to support a $65 million state program for the East Side.

Mary Wilson on Ralph Wilson's legacy, giving back to WNY and being a Bills fan