It was an intense and busy weekend for Nadia Pizarro. A burst of snow in Buffalo and earthquakes in Puerto Rico touched on two of the central missions in her life.

Pizarro, co-chairwoman of the Western New York Coalition for the Homeless, plays a key role in Code Blue, a Buffalo network that comes together in times of relentless cold to try and protect anyone who might be without shelter. She is also a committee member for the Puerto Rico Earthquake Relief Fund, an effort to rally civic support in Buffalo for those seeking refuge from the quakes that are wounding Puerto Rico.

Amid it all, she woke up feeling lousy Saturday, struggling at the worst time with some January bug.

Even so, she promised that she and her son Antonio would be at Kleinhans Music Hall Sunday for the annual Dr. Martin Luther King Jr. Celebration. Pizarro is among the handful of local recipients selected for awards named for King, a presentation intended to honor shared commitment to service and justice.

"I've always been inspired by Dr. King, by his leadership, his humanity, his faith in achieving his dreams," Pizarro said. Both her parents, born in Puerto Rico, were fierce advocates of the same principles. Even when Pizarro was a teenager, learning in diverse classrooms at Hutchinson-Central Technical High School, she understood that King's sacrifice exemplified a dynamic that opened doors for her.

What he understood "was the truest kind of humanity," she said, how the value and dignity of "someone sleeping under a bridge means as much as some head of state." She remains moved and surprised that members of the Concerned Citizens Following the Dream – the committee that oversees the annual gathering to celebrate King's legacy – felt she was worthy of such an honor. 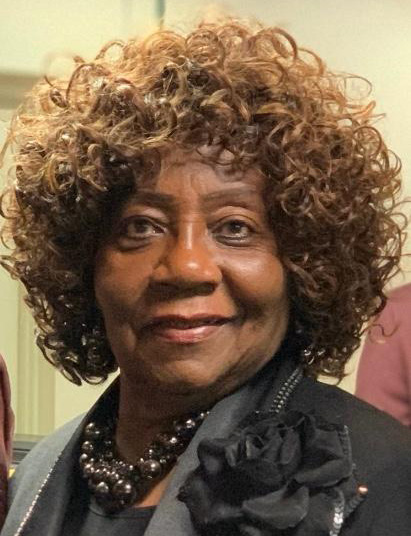 Bessie Patterson, longtime coordinator of the event, said Pizarro's surprised humility is indicative of the response of all 12 recipients. "These honorees just seem so pumped up," said Patterson, who has overseen the celebration since 2007.

It was hardly a task for which she formally applied. The event was founded more than 40 years ago by Clifford Bell, a former member of the Buffalo Common Council who was born in 1929, the same year as King's birthday.

"I did it because I love King, and I wanted to put that group together," said Bell, 90, who finally stepped away from helping to organize the celebration in the late 2000s.

Patterson, a member of the organizing committee, wanted to make sure it kept going. She grew up in Florida before settling in Buffalo as a young woman. She vividly recalls the days of harsh legal segregation known as Jim Crow, a time when her family, while traveling, was unable to buy a sandwich or use a restroom at many restaurants and businesses in the South – a time when simply asking put them at risk of arrest or violence.

In Buffalo, she worked for years as a seamstress at the old M. Wile and Co. while building a reputation as a gospel singer, a passion she first embraced as a young child in the church. Even today she still directs the City-Wide Choir, a group that will be among the many musicians performing Sunday night on the same Kleinhans stage where King spoke in 1967, five months before his death.

She describes gospel music – especially when it builds toward a peak of rich and trembling velocity – as an exultant and communal form of worship.

"There's just this joy and peace within you," she said, "and you know you're pleasing God."

Patterson, a great-grandmother, still coordinates both the King celebration and Buffalo's annual summer Gospel Fest. When one event ends, she said, she begins planning for the other, a discipline that helps explain why she intentionally does not speak of age. What matters, she said, is what she does today and how well she is ready for tomorrow, and looking back creates only a chance to break momentum.

"I love her, and not just because she's a good friend," said Sandara Baines, a committee member who helps in preparing for the King event at Kleinhans. "I love her because she has the tenacity of a bulldog."

Baines also shares one of Patterson's main concerns. King died more than 50 years ago, which means the youngest Americans with living memory of what he faced are already nearing retirement age. Patterson said it is critical that today's young people appreciate that King's assassination was not some aberration, that he understood the violent depth and irrationality of all he sought to change.

"We feared for his life," said Patterson, a premonition that came to harsh fruition.

As she does each year, she will put the focus at Kleinhans on children in the audience, at some point asking all of them to join her on the stage where King once stood. The idea, she said, goes far beyond recalling heroic feats from a time before their birth.

The goal is helping children confront and take on obstacles in their lives today, "to realize that just as he was doing great things, you can go on to great things."

The award recipients, then, are more than honorees. Patterson said they are vibrant examples of possibility. 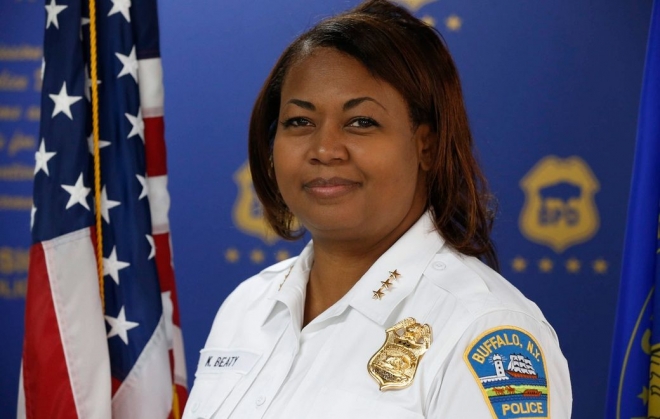 Kimberly Beaty, a former Buffalo deputy commissioner of police who is now director of public safety at Canisius College, is among the recipients of a Rev. Martin Luther King Jr. service award at Kleinhans Music Hall. (Robert Kirkham/Buffalo News)

"I grew up with the echos of Dr. Martin Luther King’s 'I have a dream' speech," said Kimberly Beaty, a former Buffalo deputy police chief who is now director of public safety at Canisius College. She described herself as "a living beneficiary" of King's work, taught by her parents to always recall the sacrifice of the civil rights generation, gratitude that Patterson hopes will resonate with girls and boys within the hall.

John Baker, a prominent Buffalo artist, said he sees the award less as personal recognition than as a reflection of the people who matter most to him in life. He said he always admired the accomplishments of those honored at the King celebration, and he is doing his best to turn this accolade into a means of thanks. 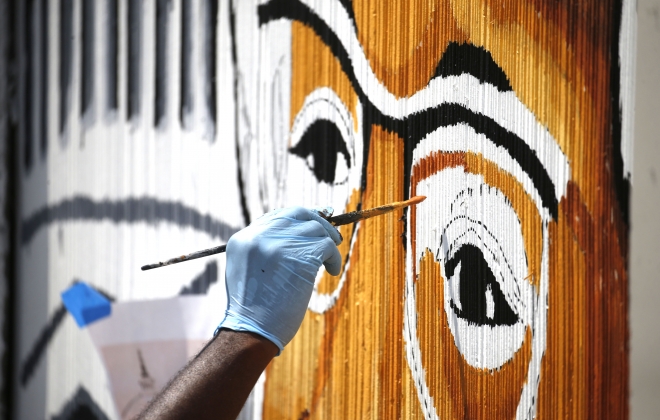 In the end, he said, he is always "John Baker from the Fruit Belt and School 37," a kid who loved art and found his way to success only because a legion of people – especially within his extended family – encouraged and supported that passion at critical moments in his life.

He is inviting many relatives and friends to join him tonight tonight at Kleinhans, based on an understanding that he never would have made it this far by himself, which means this award in King's name cannot be about him.

It is about community, and those who help a child find a path.