He got his flu shot months ago.

And no one considered the child who played four sports a high-risk case.

Yet three days after first seeing a doctor for the flu, Luca said goodnight to his parents from a hospital bed, told them he loved them and closed his eyes. He never opened them again.

He became the second child this flu season in New York State to die of complications of the illness.

Those who loved the outgoing and giving child who had lots of friends are struggling for answers, only to come up empty – including the pediatrician who has treated Luca since the boy was born.

Dr. Steven Lana recalled visiting him the day he was admitted to Oishei Children's Hospital. Luca was talking and joking.

Lana tried to describe the devastating impact his death has had on everyone responsible for his care, the difficulty of accepting the child was beyond the saving reach of modern medicine.

Lana, who spoke about the case with the consent of Luca's family, said no standard of medical treatment was overlooked. There were no hesitations, no delays. Nothing his parents did was anything but exactly what they should have done.

He has no answer for why Luca's heart suddenly gave out at 4 a.m. on Jan. 9. He might never have one.

"That's the part that really haunts all of us," he said.

There was nothing in Luca's life that suggested he was frail.

In fact, his parents had to start telling him no because he wanted to play so many sports.

Aside from his athletic skills, Luca was the kind of healthy eater who would shun grilled cheese sandwiches for Brussels sprouts and sushi, his mother said.

Luca was taken to see Lana on Monday, Jan. 6, within a day or two of showing flu symptoms. He and his two younger sisters, a 3-month-old infant and a 9-year-old, tested positive for influenza A and received doses of Tamiflu, a drug designed to shorten the length and severity of the flu.

The next morning, Luca was back to the doctor's office because of swelling around his eyes. His mother wondered if he might be having an allergic reaction, Lana said, though Luca had also received Tamiflu the season before, with no adverse effects. Luca did not seem any sicker otherwise, and he went home.

But by Wednesday morning, Luca's condition had deteriorated. This time, Lana sent him directly from the Delaware Pediatrics office to Children's Hospital. He was in intensive care by noon.

As the rest of the day progressed, doctors became heartened.

"He appeared to be stable and getting better," Lana said.

He was doing well enough that doctors talked about transferring Luca out of intensive care the next day.

In light of the optimistic news, Ashley and Roger Calanni, his parents, finally said goodnight to him. His father rubbed his back. His mother held his hand.

Luca's heart stopped beating at 4 a.m. Nothing brought him back. He stayed on life support a couple of days in hopes of miracle.

But Ashley Calanni said, "I knew in my heart he was gone." 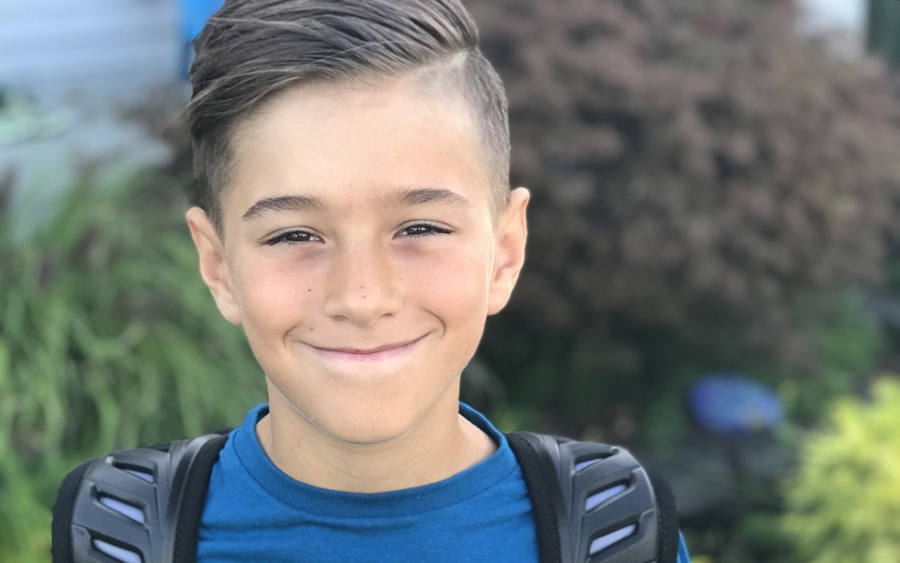 When Lana learned Luca had catastrophic heart failure, he couldn't fathom the news.

Nothing in Luca's background fit the description of a high-risk flu case. Moreover, even if he had suffered from flu complications, he said, doctors would have expected respiratory complications, even neurologic complications.

Why the flu virus attacked Luca's heart remains a mystery.

"We can't wrap our arms around this," he said. "The bottom line is sometimes when something is done perfectly correctly, you can still have a tragic outcome. This is just a reminder that there are some things we don’t know, some things we can’t know. We do what we can. We do the best that we can. There are no guarantees."

Luca's case is particularly alarming to many since he had been vaccinated and received Tamiflu, an antiviral flu medication.

Influenza B was the more prevalent flu virus spreading across the state in December and early January even though it's not normally seen until March or April. But the vaccine was expected to be a better match for at least one strain of influenza A.

Lana said Luca had influenza A, but it's not yet known exactly which type. He is one of 32 children nationwide to die of the flu this season, and among a minority to die from an infection of influenza A.

Despite Luca's death, Lana said, no one should hesitate to get vaccinated. He and other health professionals stress that research shows the vaccine remains the best protection that people have to ward off the flu. Neither should they shun other antiviral flu treatments, he said. 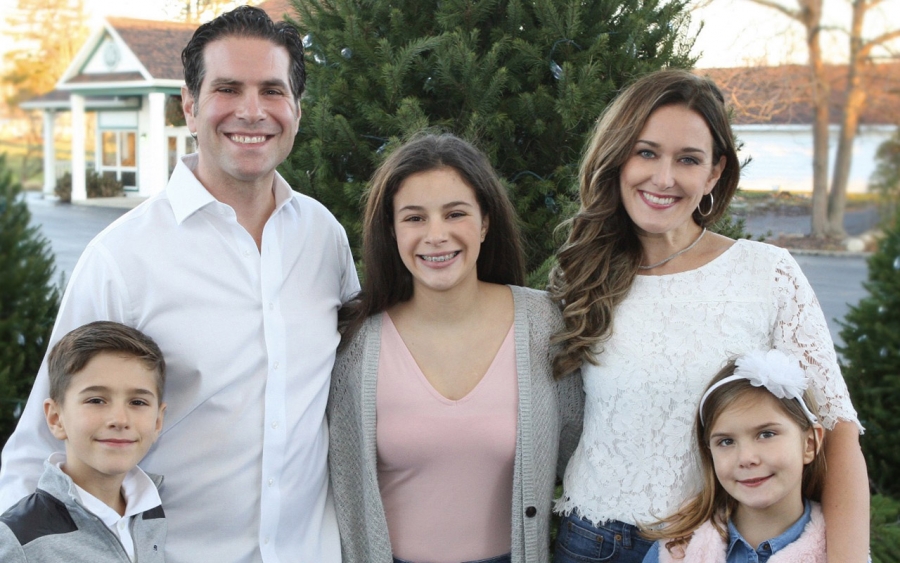 Ashley Calanni, who was preparing Thursday for her son's wake, said she doesn't blame anyone for her son's death. Everyone who treated Luca did their best, she said, and the family is grateful.

Luca was one who worried for others, not for himself, his mother said. The family wants Luca remembered for how he would always try to sit next to someone new at school, how he'd hang out with the school nurse sometimes because he felt bad when she ate lunch alone, how he found ways to help kids who had fewer opportunities than him.

He doted on his two younger sisters, 9-year-old Talia and 3-month-old Frankie, for whom he played the Beatles song "Here Comes the Sun" every day.

When his older sister, Isabella, worried about attending the graduation party of a family friend, Luca – who greeted everyone with handshake and a smile – said he didn't understand her concern about not knowing anyone there and proceeded to show her how introductions were done. 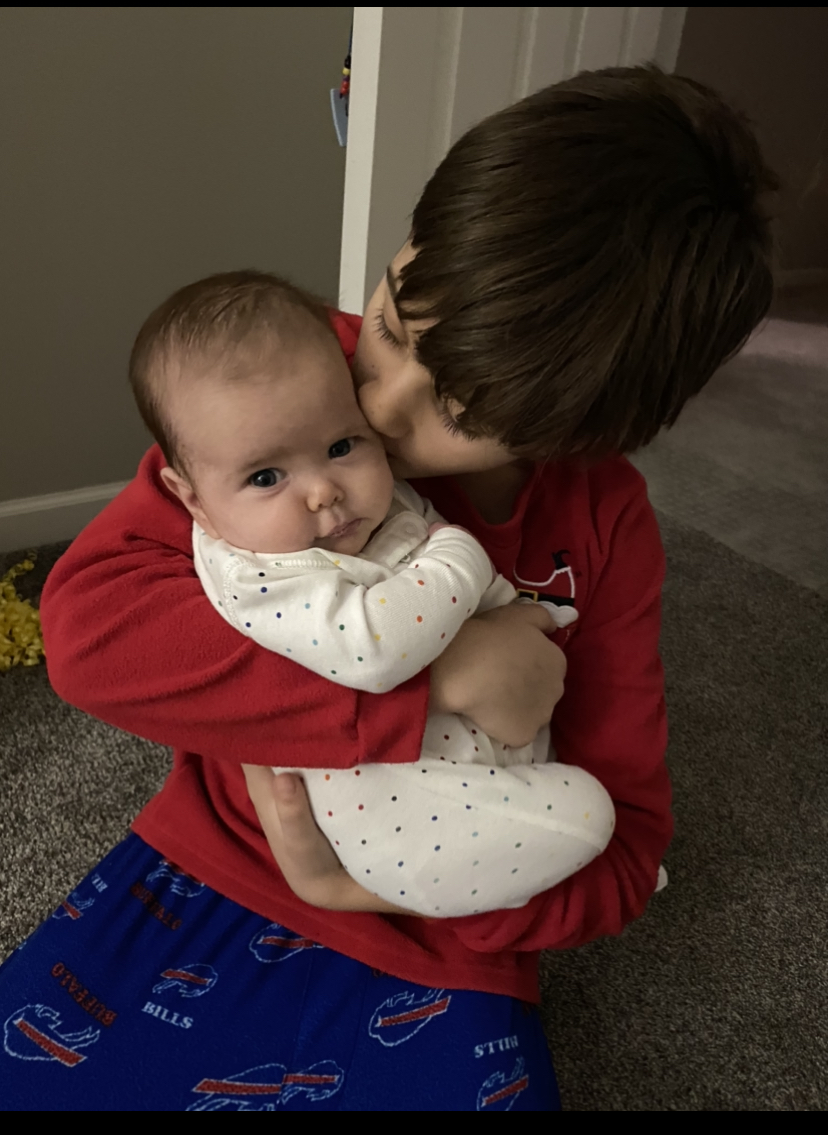 Luca Calanni and his baby sister, Frankie. (Photo courtesy of the Calanni family)

When Luca learned his mom was expecting a new baby, he cried because he feared there would not be enough room for everyone on the rides at Disney World.

Luca wasn't just known among his fifth grade friends and teachers at Pinehurst Elementary School in Hamburg. He also played on two soccer teams, a basketball team and the Frontier lacrosse team, as well as participating in local junior PGA golf.

Two weeks ago, while at a gas station, Luca told his father that he should buy a lottery ticket. If they won, they should use the money to help all the other kids who didn't have the same chances to experience everything he had. In that spirit, the family asks that friends contribute to the Luca S. Calanni Foundation, which will donate the money to other families for that purpose.

That's what Luca wanted, Ashley Calanni said. The foundation will ensure their son's memory lives on.