His great-grandfather’s New Era Cap Co. is nothing like the one that Chris Koch is running today.

That New Era made hats – Gatsby caps for gentlemen, and later headwear for military – in the small Town of Derby.

That New Era was a manufacturer. This one is a brand, which is how the company explained shutting down its Derby plant in early 2019, eliminating the jobs of more than 200 people who were making up to 4.5 million caps each year. Most of the estimated 75 million caps New Era sells each year were already being made overseas by third-party manufacturers, where labor costs are much lower. The majority of the Derby work went there.

This year marks the 100th anniversary of New Era, which was founded by Ehrhardt Koch and later taken over by his son, Harold, and grandson, David. It’s been 20 years since David Koch, then battling cancer, anointed his son, Chris, to take over the company.

New Era employs 1,230 people worldwide – 350 of whom are based in the company's downtown Buffalo headquarters – and reported revenues of approximately $750 million in late 2018, around the time of the plant closing. The company declined to provide an updated number last week.

It's easily one of the most visible fashion brands in North America. But Koch, who has two adult children not involved in the business, and two young children, is the only – and perhaps the last – member of his family in New Era leadership. He spoke about that, and New Era’s past and future, in a wide-ranging interview from his office last month.

Here are excerpts of that conversation, edited for space and clarity: 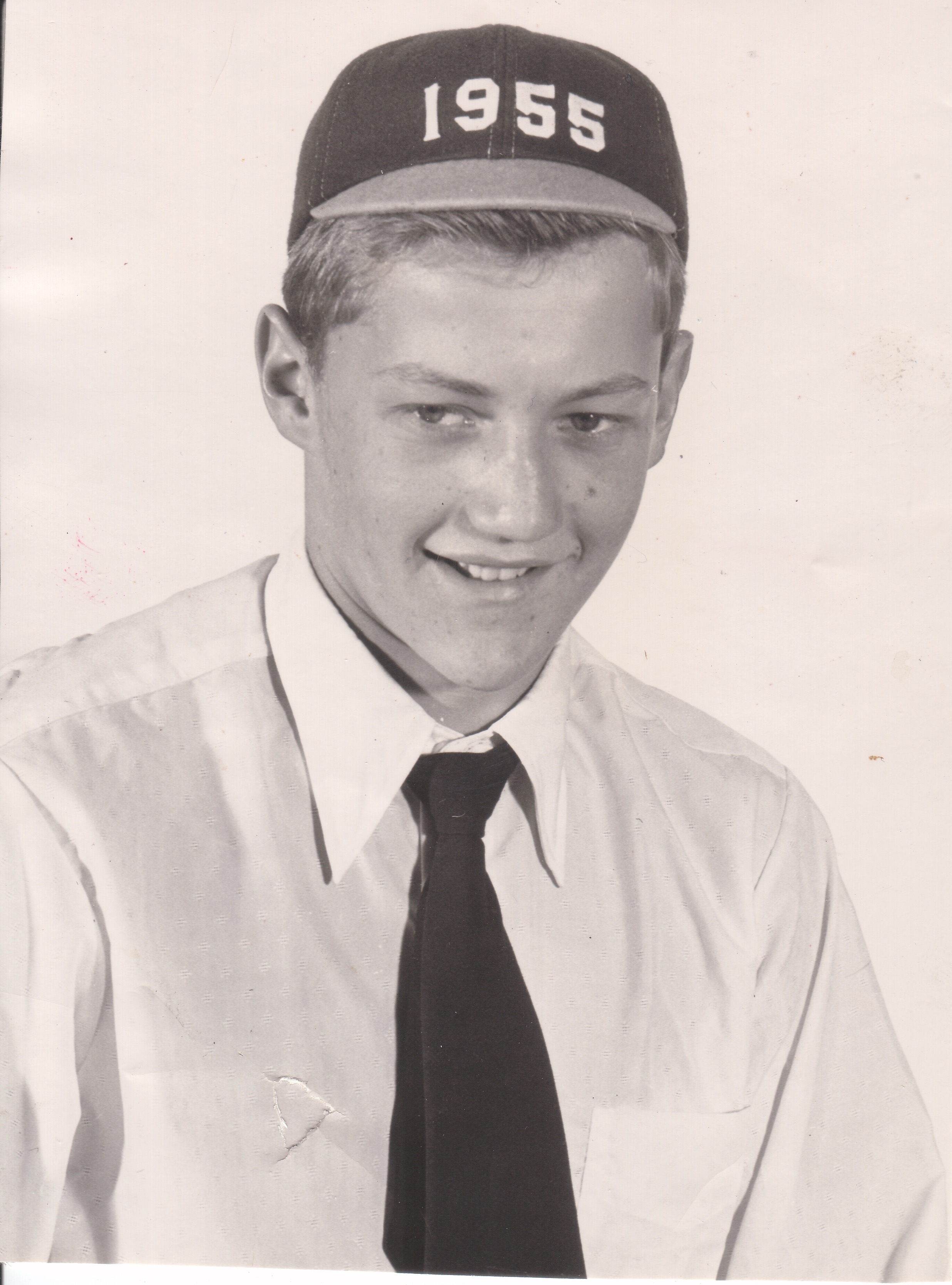 A young David Koch posed for this 1955 portrait which was used in a New Era Cap catalog. (Photo courtesy of New Era)

BN: When your dad entrusted the company to you, what kind of wishes or expectations, if any, did he share?

Koch: It’s interesting. It was a really kind of sad, emotional time, when the cancer came back and he was fighting it for a year, and he ended up in the hospital. He would say, “I want to talk for a couple of hours tomorrow, so I won’t use the painkiller or anything like that.” We would talk about the business and where we had come, where we were going. All the different battles we had over the years, the highs and the lows, all that stuff. He said to me, “Look, you’ve been doing this your whole life. You know what you’re doing, and it’s your time now.”

I still think about him every day and I still miss him every day. It kind of took me a while to sort of find my own way. I knew what I was doing, but there wasn’t going to be that person to say, “What are you doing? Why are you doing it? Is it going to work?”

So I guess in a way it allowed us to move really fast. If you look back at 2002, I think we did about $100 million that year and maybe 2% of it was international, and it doesn’t really count because it was Canada. I mean, it counts, but – you know the story. It’s kind of this fast-forward of we are going to become a more globally recognized, iconic brand and while doing that, build this whole infrastructure around the world to be able to handle the growth and expansion. We went from one country to 125 countries. Twenty years seems like a long time, but man, it flew by.

BN: Did your dad convey any wishes to you about keeping the family in the company?

Koch: I guess it was always sort of implied that it’s a family company. That being said, there’s always opportunities out there, whether that’s us going and trying to acquire someone, us needing some capital in order to do that. The company is so much different now than it was 17, 18 years ago when he passed away. You just look at just the sheer size of it, and the home runs are big home runs, and the strikeouts are big strikeouts. We have to be careful on how we balance all that. 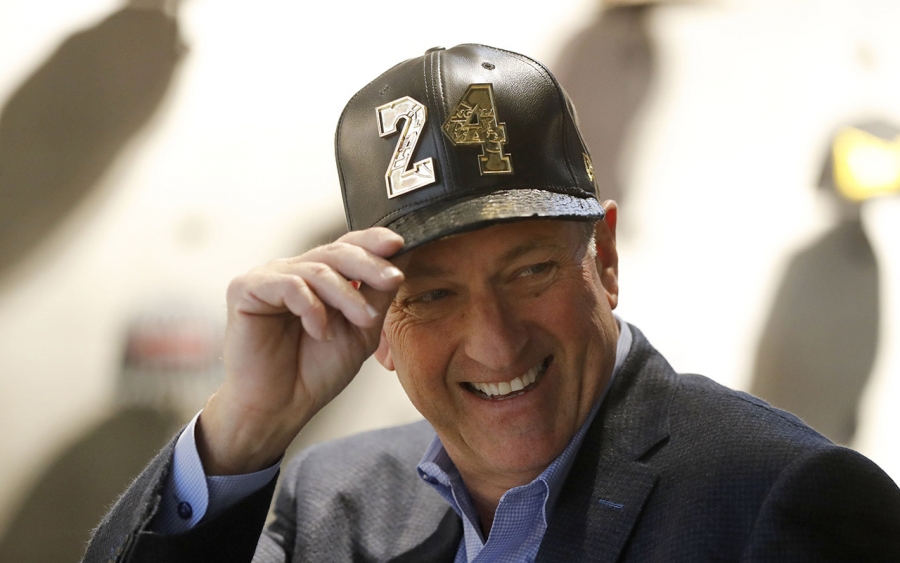 Koch: No. As we sit here now, I’m the only family member in the business. … It’s not a family-run company. It’s a professional organization with a lot of executives and people that are running a privately held family company. I think in a way it’s a lot easier to operate. I think it would be a lot harder if I had my sister and my brothers in the business and we had to have meetings about every decision.

BN: Have you made changes to prepare for whatever is next? Closing the Derby plant is one example. What are some others?

Koch: Derby, first of all, was an excruciatingly hard decision for me. That’s my hometown. But at the end of the day, it was a very small percentage of (New Era’s business). I mean, we’re not in the manufacturing business anymore. We’re in what we call "go-to-market." It’s designing product, and it’s innovation, it’s creative stuff, it’s marketing, and it’s brand. That’s really what we are, other than that – whatever it was – 2-3% capacity out of Derby. It was a very small number. So, that wasn’t easy.

As far as corporate goes, you’ve got to look at it as: How the market evolves, we have to evolve.

We took back our e-comm business two years ago. That’s been an area where, we’ve had growing pains there, but we look at that as a huge growth-driver for us. That should be 10% of our North America number. It’s 3% right now. It’s kind of a shift in hiring and how you look at things. We need to staff up in e-comm, and there might be another area that it’s just done differently.

When you look at marketing in general, we’re not spending a lot of money on commercials for TV and things like that. It’s all social media. So it’s a shift in the kind of people that you’d bring in to work on that, versus the people who were more in tune with TV and traditional markets. 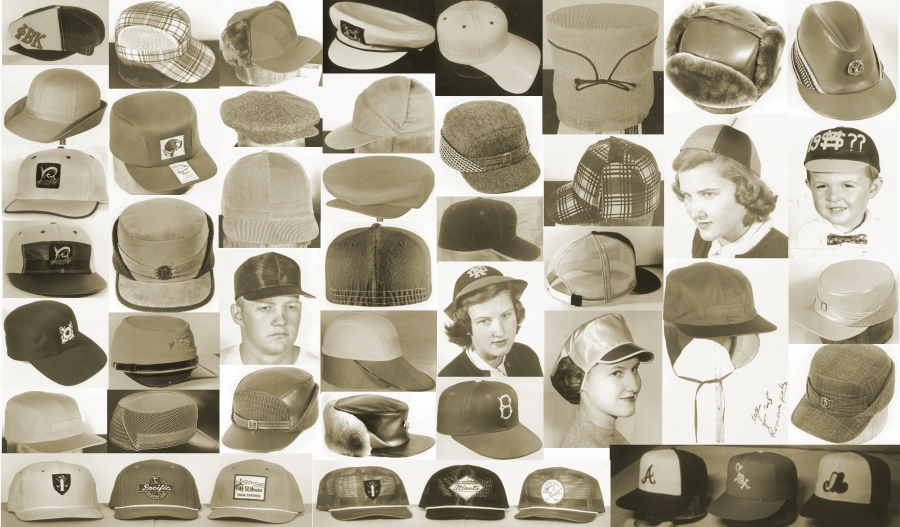 In fall 2020, New Era will be partnering with the Buffalo History Museum on an exhibit with items from the company's archives. This collage depicts an array of New Era headwear mostly from the mid-1900s. (Photo courtesy of New Era Cap)

BN: What are you spending time on?

Koch: Vision, and how does that turn into a strategy. In my mind, that’s all about revenue generation, and where is that going to come from. Quite frankly, I spend a lot of time looking at the international side, because that’s 40% of our business now. Our strategy is to get that to 50%-60%. Not shrinking anything else, but as things are growing, that will grow faster. We’re a global company now, and we have to act like one.

When we look at where the growth is going to come from, we have to look at all the regions around the world. Right now, China is a huge growth area for us. … We’re adding a store a week in China.

When you look at the retail franchise model outside the U.S., we think that’s a huge growth opportunity. You look at China and just the e-comm side of China, we’ve got that slated to be 30% of China’s business in the next couple of years, because e-comm is massive in China. 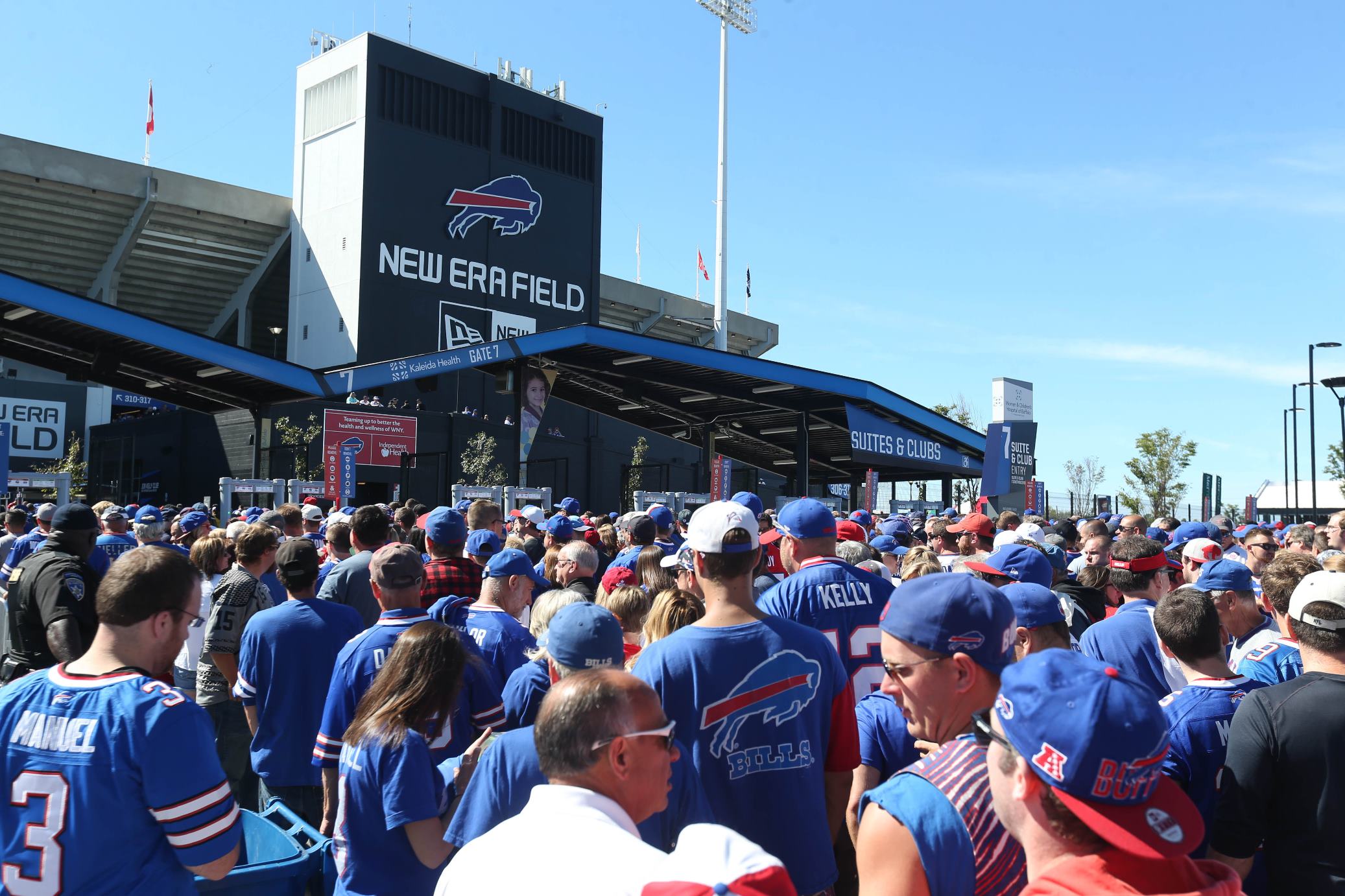 BN: You’ve made multiple big deals in the last several years: the league licenses, the New Era store at the L.A. Live complex (adjacent to the Staples Center in downtown Los Angeles), the stadium naming rights with the Buffalo Bills. Which of those stand out?

Koch: Obviously, the big three on the license side (MLB, NBA, NFL). That continues to grow our business and drives a big percentage of our business. That’s all been very positive. The whole L.A. Live thing, did we really need to put a store there? No. But it’s nice to have.

The naming rights? We don’t do naming rights deals. We did that one because it’s Buffalo, because of Terry and Kim (Pegula, owners of the Bills). We felt like it gave us a connection to ownership, because there’s a revenue-share on naming rights deals. And quite frankly, if you look at the sports license business, it’s the only stadium that’s named after a company that’s a licensee. It’s banks, it’s insurance, so it’s very unique. Again, you could say, does it move the needle? I don’t know. But it makes me feel good. It moves my needle.

BN: A few years ago I asked whether you’d ever take the company public, or sell it. At the time, you told me no, because you were having fun running it, and cashing out wouldn’t change your lifestyle. But things can change. What’s your answer to the same question today?

Koch: I think about it. But I think about it from the standpoint of – and I don’t have one, by the way – what’s the succession plan for me, and how does the brand live on? Someday I’m not going to be doing this, so the company has to be in the right spot so it continues on. I don’t know what that means at this point, but you can never say never to that kind of stuff. If I had kids in the business or siblings in the business and there was a path of the family is going to continue to move it forward, but for me it’s different. I feel like I have an obligation to all the people who work for this company to make sure it’s in a good spot, whatever that structure might be as we move forward and I grow old and become the old man in the corner office that nobody wants to talk to.

I’ll always be involved at some level, but I’ve just got to make sure I’m always looking at things and doing the right thing for our employees and for the brand.