WASHINGTON – Mocked for many months by protesters bearing a cardboard likeness that showed him in orange prison garb, former Rep. Chris Collins is scheduled to find out Friday if he will, literally or at least figuratively, wear it.

At 2:30 p.m. in Manhattan, U.S. District Court Judge Vernon S. Broderick will decide how to punish the four-term Republican congressman from Clarence, who resigned when he pleaded guilty to insider trading charges in October. The judge’s options range from probation to confinement at Collins' Florida home to prison.

In deciding that question, the judge will interpret a clear-cut case through the murky prism of federal insider trading law. He’s already heard from Collins’ critics and defenders. And he will likely hear from Collins himself.

And then, several legal experts said, the judge will likely send Collins to prison.

For how long? Most likely, somewhere between 366 days and four years, nine months – plus, quite possibly, a big fine.

"There's a two-by-four with nails in it coming from the judge," said John Britt, who spent more than 30 years as an attorney at the Securities and Exchange Commission.

If Collins hoped to get off easy, he may have lost the luck of the draw when the case got assigned to Broderick.

At 56, Broderick has earned a reputation as a smart but fair judge with a genial, if sometimes disorganized, courtroom manner. But what bodes ill for Collins is the judge's background. 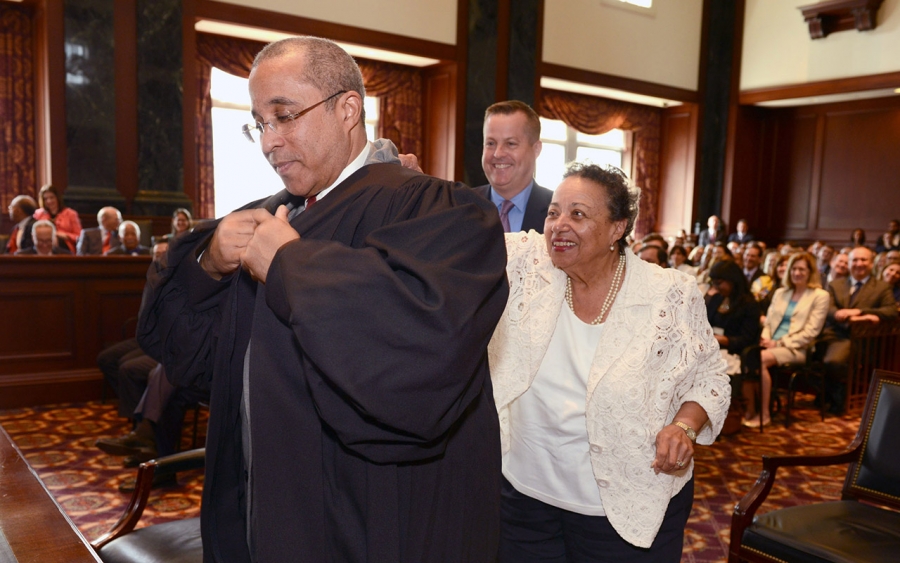 The son of a doctor and a nurse and the product of a family with roots in Jamaica and the Dominican Republic, Broderick grew up in New York and got his undergraduate degree from Yale University and his law degree from Harvard University. He then spent eight years as an assistant U.S. attorney in the Southern District of New York, long regarded as the nation's premier proving ground for prosecutors chasing white-collar crime – and for future tough-on-crime judges.

"Judges who are ex-prosecutors act a little bit more harshly than people who had no prior exposure to the criminal justice system," noted John C. Coffee Jr., director of the Center on Corporate Governance at Columbia University Law School.

Broderick later served in private practice as a defense attorney, but also developed a reputation as a clean government advocate. In 2003, New York Mayor Michael Bloomberg named Broderick to the Commission to Combat Police Corruption. And in 2011, Gov. Andrew M. Cuomo appointed him to the New York State Commission on Public Integrity.

Sen. Charles E. Schumer, a New York Democrat and longtime Collins nemesis, recommended Broderick to the federal bench in 2012. Since then, Broderick has presided over a number of high-profile cases, including that of the ISIS supporter accused of killing eight people by driving down a Manhattan bike path in 2017. Broderick also sentenced billionaire developer Ng Lap Seng to four years in prison for bribery.

Britt, the former SEC attorney, said the Collins case is in good hands with Broderick on the bench.

"He's highly intelligent, with a lot of expertise, and I would think he's going to fit the punishment to the crime," he said.

When Collins shared an inside stock tip with his son in a phone call from a White House picnic in 2017, he stepped into one of the most ill-defined areas of federal law: the part that aims to prevent investors from profiting from secret information at the expense of others.

That doesn't mean Collins will get off easy.

"I don’t think the Collins case was that difficult even under our confusing patchwork of insider trading law," said Ari Gabinet, former head of the SEC's Philadelphia office, who now teaches securities law at Brown University.

With that phone call, Collins created a treasure trove of evidence for prosecutors and the judge. They have the email from the CEO of an Australian biotech firm, Innate Immunotherapeutics, that Collins received at the picnic that included the inside information that Innate's only product failed in drug trials. They have cellphone logs that show Collins, an Innate board member, calling his son, Cameron, again and again. They have television news video of him doing it.

Cameron Collins quickly shared Innate's bad news with his girlfriend and her family, then started dumping his Innate shares the next day, averting $570,900 in losses in the process. His future in-laws sold their stock, too. Cameron Collins and Stephen Zarsky, his future father-in-law, also pleaded guilty and are scheduled to be sentenced next week. 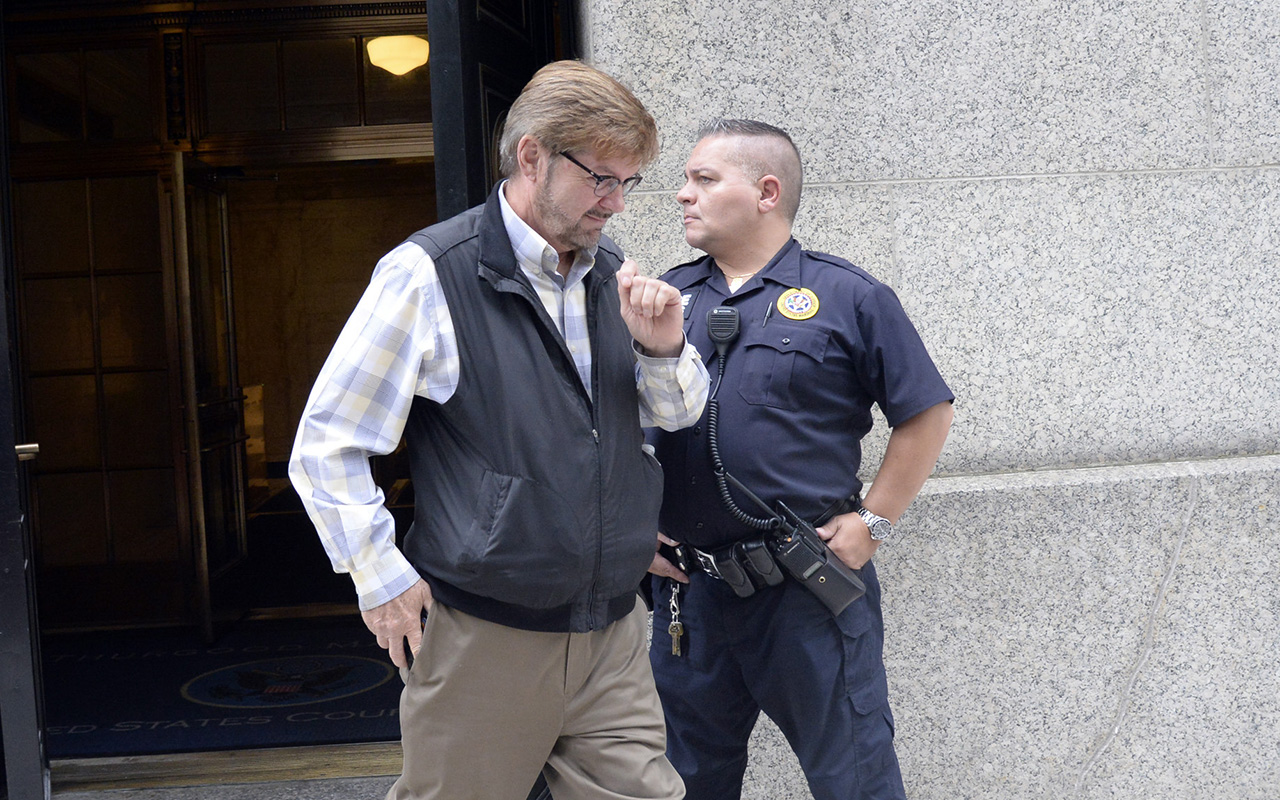 Under U.S. law, insider trading isn't a specific federal charge like bribery or extortion. Prosecutors have to shoehorn insider trading violations into other federal laws that govern offenses such as fraud and conspiracy. Experts said that's why sentences in insider trading cases tend to vary widely.

Collins pleaded guilty to two felonies: conspiracy to commit securities fraud and making false statements in an April 2018 FBI interview. He also professed his innocence as he narrowly won re-election later that year.

"He made matters worse by denying it and running again," said David A. Westbrook, a law professor at the University at Buffalo and co-director of its New York City Program in Finance and Law.

Broderick has received letters from people both urging leniency for Collins and begging the judge to get tough.

Collins' defenders argue in letters to the judge that he was a distraught father who, characteristically, talked too much when he called his son from that White House picnic.

“Being a judge, I’m sure you’ve seen good people make bad decisions, and I truly believe that’s what happened here,” wrote Rep. Billy Long, a Missouri Republican and one of several House members who bought Innate stock at Collins' urging.

“It was like he had Tourette syndrome minus the cuss words,” Long said of Collins.

But Collins' critics, who long for a long sentence, note that Collins' fast talk broke the law more than once.

"They're trying to say it was a momentary slip, but it wasn't just a momentary slip," said Cecily Molak of Menden, a retired lawyer who complained to the Office of Congressional Ethics about Collins' relationship with Innate in early 2017. "He lied, not just to the FBI but to every single one of the voters here in the 27th Congressional District. He asserted over and over again how innocent he was, knowing all the time he was guilty."

Given Collins' status as a wealthy former congressman, several legal experts said they can't imagine that the judge will let Collins get away with confinement at his $2 million home in Marco Island, Fla.

"The idea that he would get house arrest in the Virgin Islands or wherever is really kind of appalling," said Gabinet, the former SEC lawyer who now teaches at Brown. "He should be treated like anybody else."

And he probably will be, several lawyers said – although there's disagreement over how long Collins' sentence may be. 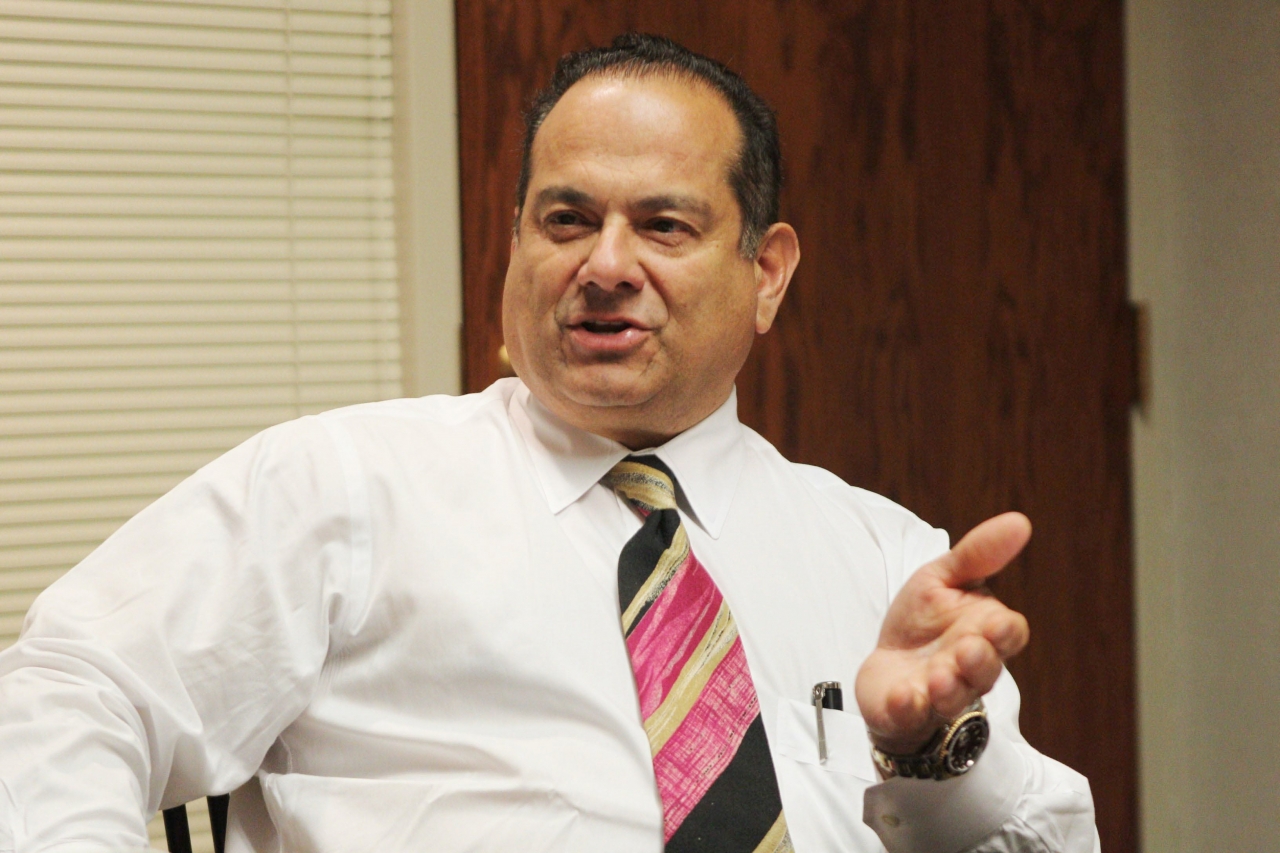 Judges often follow the sentencing recommendation that they receive from the U.S. Sentencing Commission, which, in this case, would leave Collins with a sentence of a year and a day in federal prison.

The Probation Office tacked on that extra day because inmates with sentences of less than a year are not eligible for early release for good behavior. In other words, the Probation Office's recommendation could put Collins in prison for only a few months, which may be a bit on the light side, said Westbrook, of UB.

"A year and change would seem to be par for the course," he said.

Coffee, one of the nation's leading insider trading experts, said he thinks Collins' sentence will be somewhere between the Probation Office's recommendation and the 46- to 57-month sentence called for under federal sentencing guidelines.

He said Collins deserves that.

"He didn't have any sense of respect for the dignity of his office," Coffee said.

Christopher Bruno, a former Justice Department prosecutor and senior counsel with the SEC, predicted that Collins will receive a prison sentence toward the low end of the guideline range of 46 to 57 months.

And Britt, the former SEC attorney, said he expected a tough sentence. He cited the questions the judge asked Collins' lawyers earlier this week, which cast doubt on their plea for leniency while seeming focused on calculating a fine.

"Don't be surprised if he gets the max and has to pay a massive amount of money," Britt said.

Buffalo defense attorney Paul Cambria said he thinks Collins has suffered enough and deserves nothing more than probation, but he doesn't expect the judge to agree.

Like Coffee, Cambria said the judge may use Collins' sentencing to prove that people in high places are not above the law.