It didn’t rise to the level of Wade Phillips benching Doug Flutie for Rob Johnson, but Sean McDermott was still willing to make a rather significant change to his game-day roster heading into the postseason.

McDermott played wide receiver Duke Williams against the Houston Texans in an AFC wild-card game earlier this month. Williams had been a healthy inactive for eight straight games before getting the call against the New York Jets in Week 17. He responded with six catches for 108 yards in the loss.

When McDermott gave Williams a spot against the Texans, it was hard not to have flashbacks to 20 years ago. After Johnson went 24 for 32 for 287 yards and a pair of touchdowns against the Colts in an otherwise meaningless season finale, Phillips made the shocking decision to start him over Flutie the following week against Tennessee.

In each case, Week 17 was far from meaningless for the players involved.

“Stay ready, so I won't have to get ready,” Williams said of how he approached not playing for so long. “Don't get discouraged. Continue to work and when the opportunity presents itself, be ready. The coaches always preach to me, 'stay ready – you don't know when your number is going to get called.’ My number got called and I just performed, showed them that I was available.”

Williams made a strong push for the 53-man roster toward the end of training camp, but ultimately started the season on the practice squad. When it became apparent Zay Jones wasn’t going to cut it, Williams was promoted to the active roster ahead of the Week 5 game at Tennessee. He responded by catching the go-ahead touchdown and his status as a fan favorite was solidified. 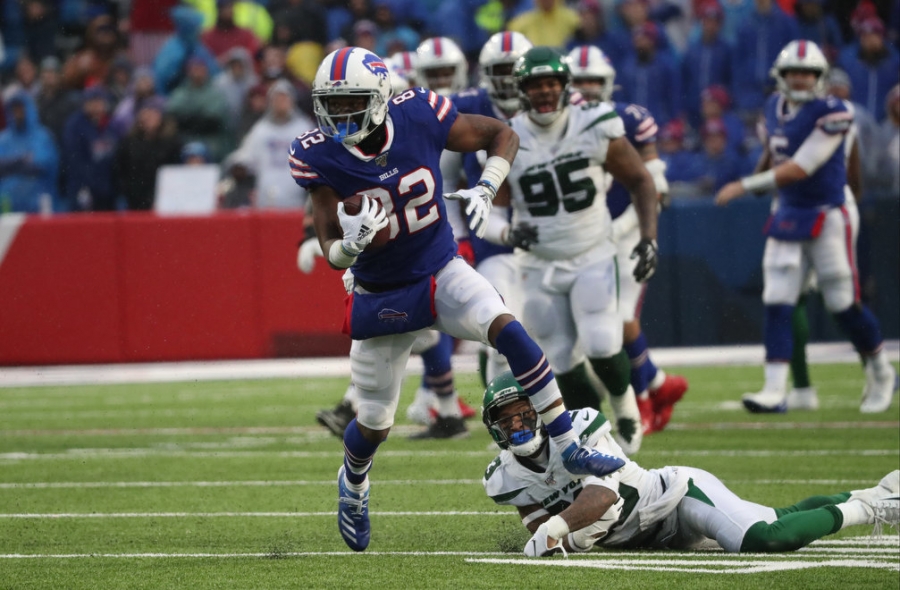 “They keep me going. I love the fans and the energy they bring toward me,” Williams said. “They keep me motivated and I do it for them as well. That's why I play with that type of energy, because I know the fans feed off that.”

After the bye week, however, Williams wasn’t able to build on his promising debut. He started in Week 7 against the Dolphins, but made just one catch before suffering a shoulder injury. Although he was able to play the next week against Philadelphia, he again finished with just one catch. By the next week, he was a healthy inactive.

“I'm used to the ups and downs, so I'm immune to it,” Williams said. “I know how to handle it now. I stay grounded, stay neutral, don’t get too high, don't get too low and continue to work. It don't matter what you do, as long as you work, it'll pay off.

“I don't know when or don't know how, but eventually it will pay off. That's what it did for me. I tried to keep a good mindset, continue to work, give the defense good looks whenever they need me, and give the offense all of me as well. It was about just performing when my number was called and if my number's not called, just working in the dark. What happens in the dark comes to the light, for sure.”

By the end of the season, the Bills’ top four wide receivers were John Brown, Cole Beasley, Isaiah McKenzie and Andre Roberts. That meant Williams was competing with Robert Foster for a spot on the game-day roster. 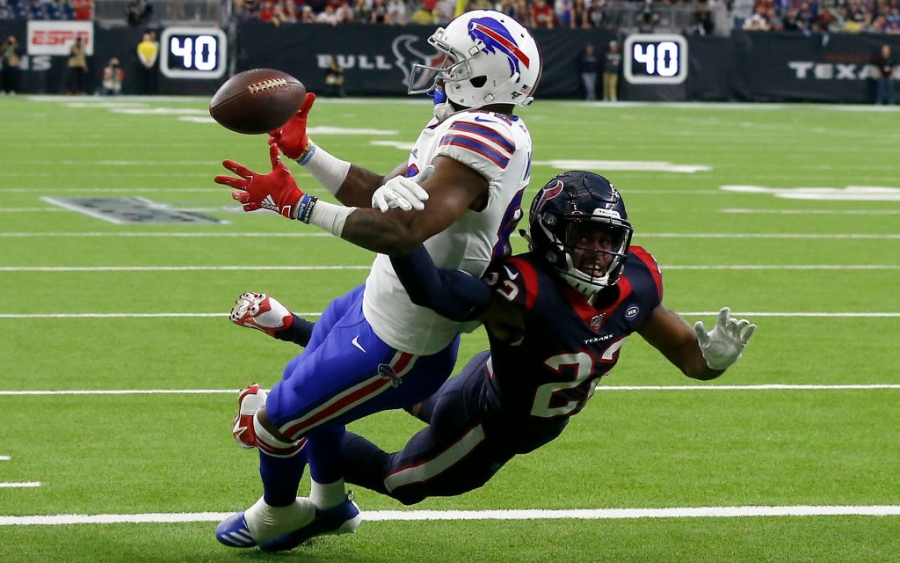 Bills wide receiver Duke Williams is unable to complete a catch over Gareon Conley of the Houston Texans at NRG Stadium on Jan. 4, 2020, in Houston. (Getty Images)

Foster, however, went without a catch over the final four weeks of the season, including the Jets game, in which he was on the field for 63 of 64 offensive snaps. That opened the door for Williams.

“We made a decision based on what had trended in the last couple of weeks of the season and then also the Jets game and the week leading up to the Jets game,” McDermott said. “That's the reason why we went that direction with Duke.”

Two plays in particular against the Texans stand out as ones Williams would want back. Two plays before halftime, he was unable to pull in an Allen throw deep down the right sideline for what would have been a touchdown. Then, with just over a minute left in regulation, he again failed to bring in an Allen throw along the right sideline that would have put the Bills well into Houston territory.

Those are the types of plays the Bills need Williams – or someone else – to make. At 6-foot-3 and 225 pounds, he is easily the biggest receiver on the Bills’ roster. Remember during training camp when McDermott referred to his receivers as a collection of “smurfs?” That’s not an accurate description of Williams. As such, he offers the team something nobody else does.

The question is, will that be enough to earn a roster spot in 2020? Williams is signed through the 2020 season, so he'll get a chance, but will have to prove himself all over again. That's something he's accustomed to.

It’s a safe bet that the Bills will look to address receiver this offseason, be it through free agency or early in the draft. The team was better at the position in 2019 thanks to the additions of Brown and Beasley, but the passing offense still ranked 26th in the league, averaging 201.8 yards per game. Clearly, there is still work to be done.

“That’s definitely a position that we’re going to look to see if we can find more talent,” General Manager Brandon Beane said.

It will be up to Williams what that means for him.