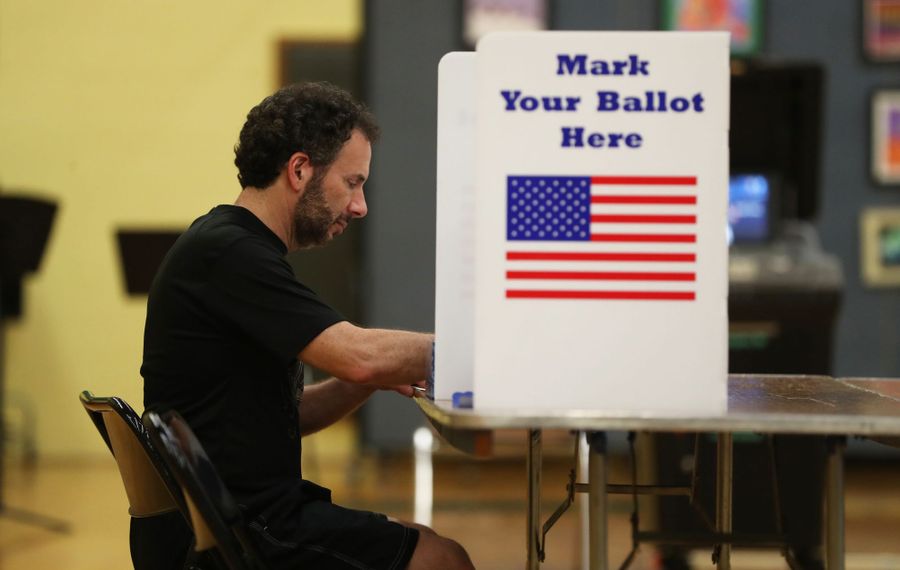 When a State Supreme Court justice paved the way Monday for an April 28 special election in the 27th Congressional District, it was almost as if he lit the torch and proclaimed “let the games begin.”

After months of behind-the-scenes maneuvering among a bevy of declared and undeclared candidates for the vacant seat of former Rep. Chris Collins, at least some of the five potential candidates have burst from the starting gate. The latest is former Darien Town Justice Beth A. Parlato, who makes her public debut Wednesday morning on Buffalo and Rochester radio with a new ad promoting her candidacy.

She joins on the airwaves State Sen. Robert G. Ortt of North Tonawanda, who launched his own radio commercial Tuesday morning. The other declared candidate – State Sen. Christopher L. Jacobs of Orchard Park – is also ramping up his efforts, and the district’s eight party leaders are preparing for their selection process.

“The chairs are getting anxious to put our cards on the table,” Niagara County Republican Chairman Rich Andres said Tuesday. “Everybody wants that to happen.”

It took only minutes for the race to move from behind the scenes to front and center Monday after Justice John J. Ark essentially accepted Gov. Andrew M. Cuomo’s preference for the April 28 during a hearing brought by Republicans.

• Jacobs immediately issued a statement touting the resources and name recognition he brings to the race.

• Ortt went on the radio to underscore his service in Afghanistan and slam the politics he says dogged him in Albany.

“The radical left is trying to destroy this country,” she says in her introduction to the district’s overwhelmingly Republican electorate. “We are one election away from radical socialism. And I want to do everything in my power to stop it.”

Parlato, a family law attorney, also proclaims her pro-life and pro-gun views in the 60-second ad, while telling reporters she has raised nearly $400,000 so far.

Jacobs, meanwhile, slammed Cuomo for scheduling the election on the same day as the expected heavy Democratic turnout for the state’s presidential primary and touting his loyalty to President Trump’s agenda.

“Governor Cuomo is doing everything he can to rig it for the Democrats,” he said. “That’s why it is critical that Republicans have a nominee with a proven track record of winning tough races and the financial resources to run and win under the toughest circumstances.

“It is essential that we have a candidate and a campaign that is fully funded and prepared to win against an onslaught of Democratic attacks,” he added, “so we can send a conservative Republican to Washington who can get results and actually help deliver on the President Trump’s agenda.”

Later on Tuesday he used his Senate platform to issue a statement reiterating his opposition to the state’s new bail reform laws that face opposition in the conservative district.

Erie County Comptroller Stefan I. Mychajliw Jr. stopped short on Tuesday of declaring his candidacy, but said he will seek the nomination of the county leaders. Assemblyman Steve Hawley of Genesee County is also considering the race.

Andres said he expects the district’s eight party leaders – who will nominate the special election candidate – to soon establish a process, followed by interviews of the candidates.

“This has been on the top of everyone’s minds for the last year and a half,” he said.

“He does not have a vote and maintains his earlier statement that he will not issue an endorsement,” she said.

Kassar and his state committee will ultimately determine their candidate under party rules, and not via the counties’ weighted vote as in the GOP.

“I feel very, very confident that Jerry will certainly be mindful of the chairs and essentially look at the weighted vote situation,” Lorigo said.