My final "Jeopardy!" thoughts on the “Greatest of All Time” tournament that concluded on ABC in four games with Ken Jennings declared the winner:

• Host Alex Trebek is a trouper. If you hadn’t known he is battling pancreatic cancer, you wouldn’t have known it.

• Immediately after James Holzhauer had the wrong “Final Jeopardy” answer on a Shakespeare question Tuesday and assured Jennings the victory after winning his third match in four nights, the “GOAT” turned to Brad Rutter and embraced him.

Holzhauer had to feel a little bit like a third wheel before Jennings gave him a Bill Belichick-like, postgame embrace and said something like “great match.”

Clearly, Jennings is closer to Rutter and has known him longer.

Rutter beat Jennings in the “Jeopardy! Battle of the Decades” in 2014 and earned $1 million then. He has earned close to $5 million on “Jeopardy!” So, I am not going to feel too sorry for Rutter.

• I did feel some sympathy for West Coast viewers watching the competition taped in December. Jennings’ victory was announced as soon as the episode ended on the East Coast. That ruined the ending for those on the West Coast. On the other hand, more people there may have tuned in knowing that it ended. 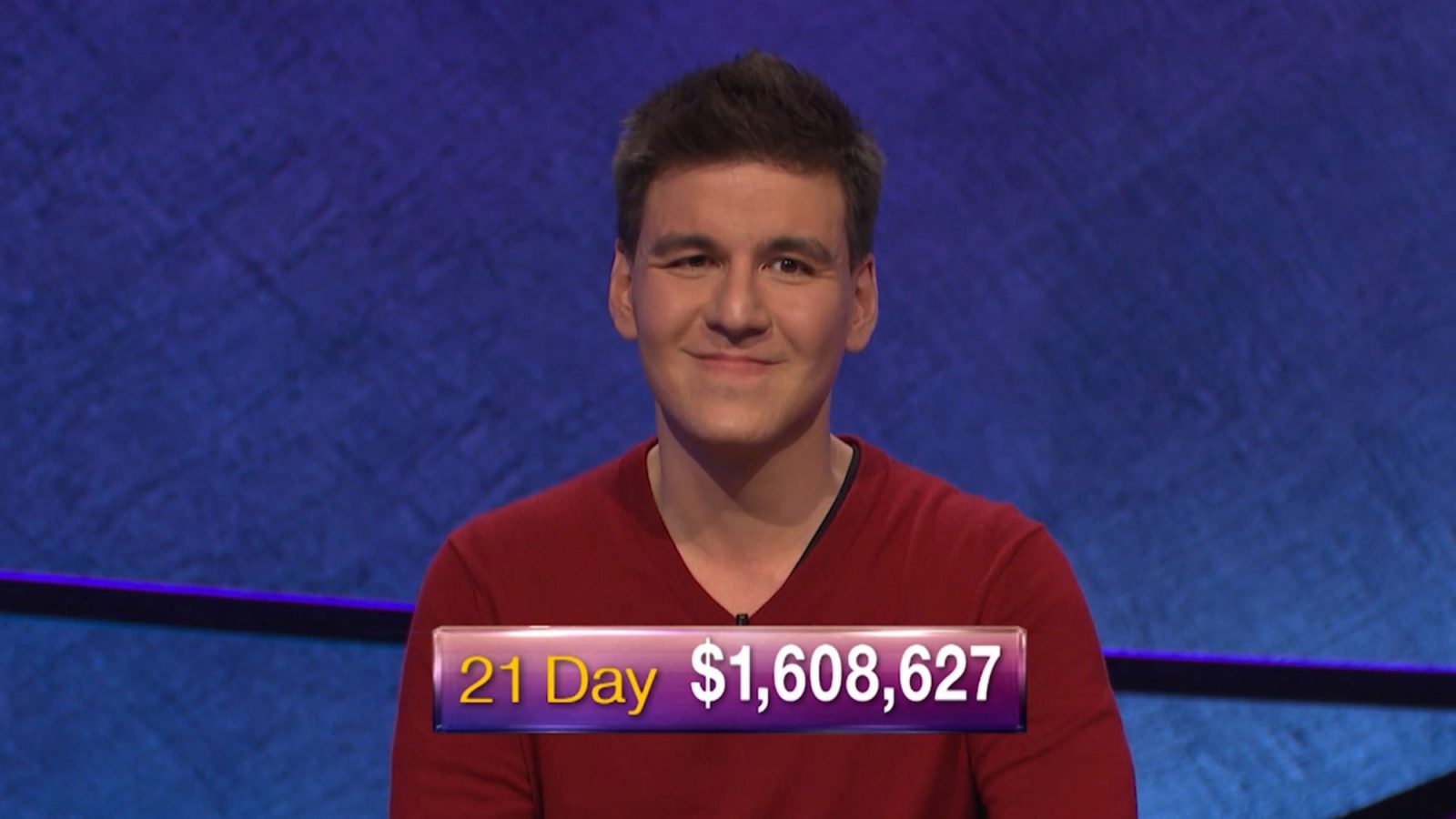 • All the contestants seemed to be having a good time during the competition, perhaps because they knew they would leave with $250,000 even if they didn’t win the tournament.

But Holzhauer’s sense of humor got the best of him and may have furthered his reputation as one of the greatest jerks of all time on the program because of his unlikable demeanor.

At the start of the second game Tuesday, Trebek noted the players started at zero without their first game winnings.

Holzhauer cracked that Rutter, who missed the Final Jeopardy question in the first match after betting all his earnings up to that point, was starting where he was in the first game. At zero.

It was a low blow that Rutter handled well.

• Jennings may have confused viewers Tuesday by not betting anything on the “Final Jeopardy” question. However, he knew that Holzhauer would bet everything and mathematically would win if he had the right answer. Since the prize money was predetermined, there was no need for Jennings to bet anything because it wouldn’t have changed his winnings. He had the correct answer.

• Rutter, who has won more money on game shows than anyone, was never a serious contender over the four nights. He barely participated in the program after Holzhauer’s demeaning crack.

• Rutter was such a minor factor in the tournament that I wished Jennings and Holzhauer had battled one-on-one in a best-of-seven tournament in which four wins would have been needed.

A one-on-one competition would have been better for ABC, too, since it would have assured at least a fifth night and maybe more if Holzhauer had staged a comeback.

But as Shakespeare wrote “All’s Well That Ends Well.”

And, well, Jennings was a more likable winner.