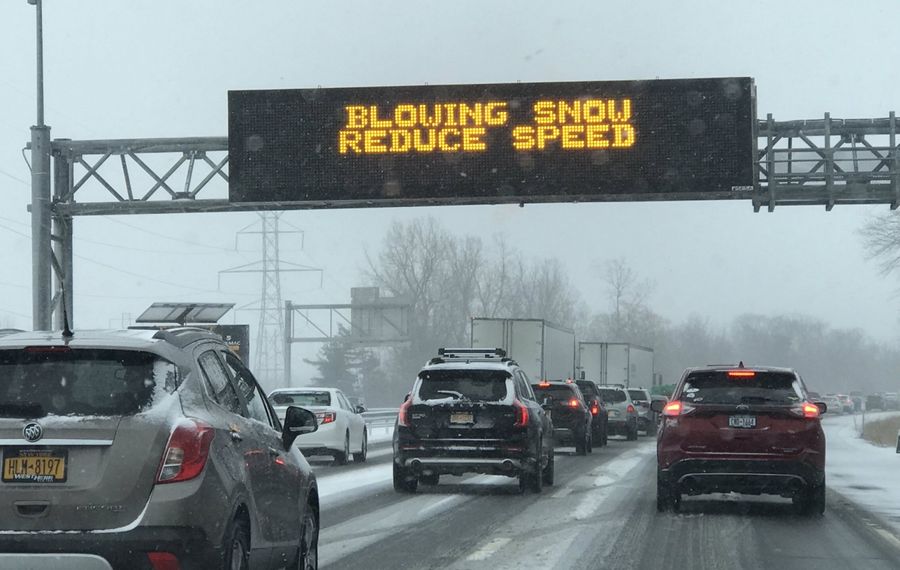 A double-shot of snow appears headed Western New York's way for the rest of this week.

Thursday's storm, thanks to a system moving across New England, is expected to produce wind gusts up to 40 mph that will result in blowing snow in some areas.

The Buffalo forecast for Thursday calls for snow showers likely before 4 p.m., with areas of blowing snow for most of the day (between 8 a.m. and 4 p.m.). There is a chance of additional snow showers, amounting to less than an inch, Thursday night.

Friday's Buffalo forecast has a small chance of snow, but temperatures will dip as the high is forecast at 19.

This weekend, deep low pressure will move across the region, with the system producing "widespread accumulating snow" on Saturday along with strong winds throughout the weekend. Additional accumulations of lake-effect snow are expected on Sunday. The strong winds will make blowing, drifting snow a factor both weekend days.

Saturday's forecast calls for snow during the day and a high near 38 degrees; Sunday's snow is likely mainly before 1 p.m.

Wednesday's weather should be uneventful, with Buffalo's high expected to be in the low 40s under partly sunny skies. No precipitation is expected until the early-morning hours of Thursday.

#Winter Weather Advisories are in effect for portions of the area tonight through early Fri. Snow & blowing snow may cause travel issues Thurs. morning into the afternoon. Attached maps below have snowfall forecast & advisory info.