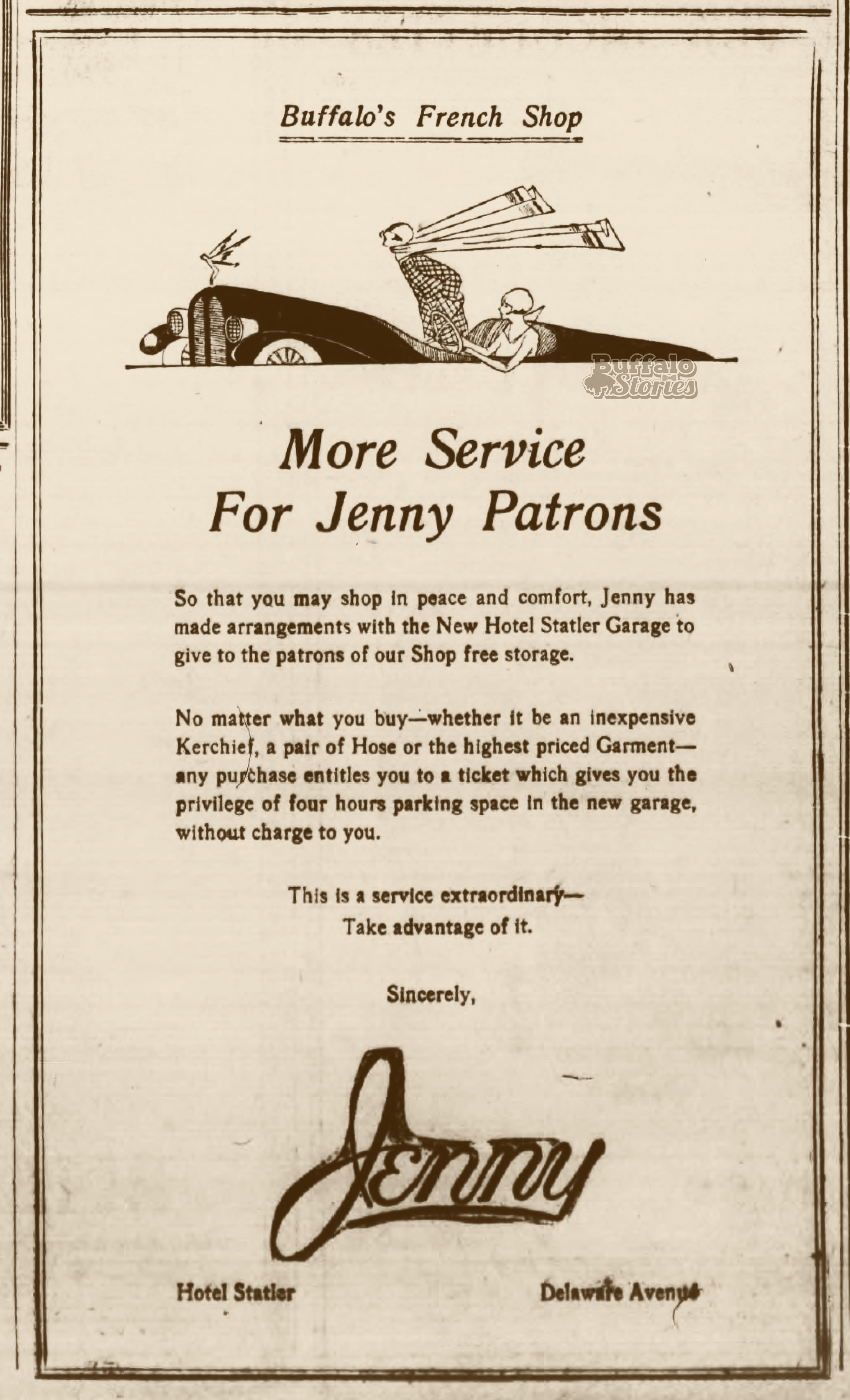 In 1924, the Statler Hotel built the Statler Garage, north and across the street from the hotel at Delaware Avenue and Mohawk Street. Ads touted the fact that there was “nothing else like it in Buffalo.” The five-story structure held 500 cars for the convenience of hotel guests as well as patrons of nearby stores like Hens & Kelly just to the east on Main Street, and “Buffalo’s French Shop,” the Jenny Store, which was located inside the Statler.

The Vendome Garage, on Ellicott Street between Broadway and Clinton Street, opened the following year under the auspices of the Hotel Lafayette. Its 535 parking sports served the full-service garage, the Blue Bus company and downtown shoppers. Kleinhans and JN Adams stores validated parking at the Vendome Garage. Kleinhans made mention of the free parking in nearly every ad it printed for 20 years. 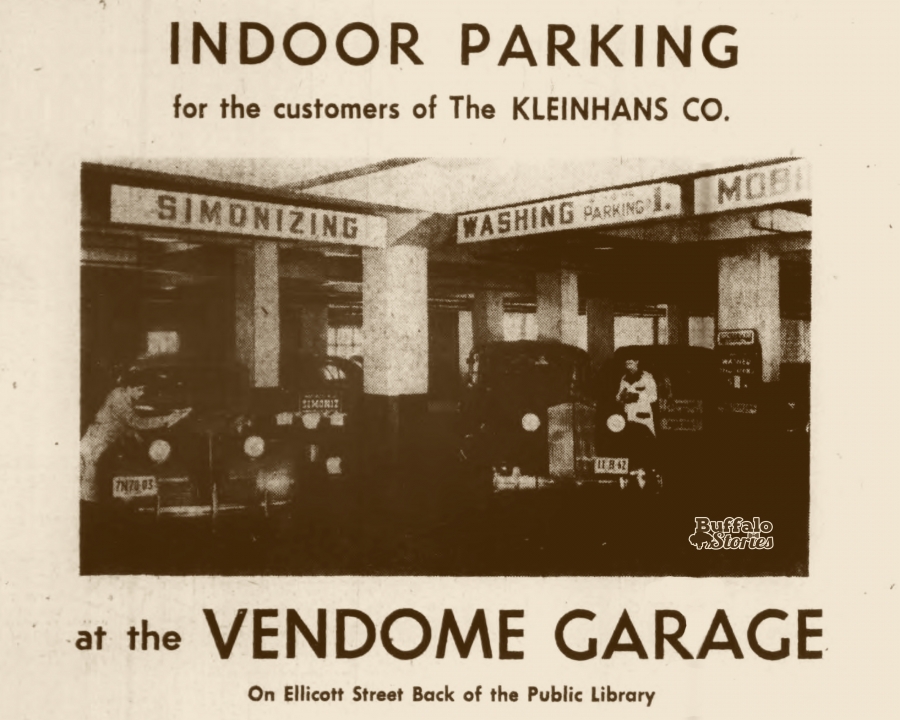 The spot has been covered by the back half of the Buffalo and Erie County Library building since 1964.

As early as 1945, the site of the Washington Market at Washington and Chippewa streets was being touted as a new library location when the Buffalo City Library absorbed the Grosvenor Library. Plans to replace the old city library on Lafayette Square began to heat up in 1954 when the City of Buffalo and Erie County library systems merged.

The library building to the left was replaced with the current building in 1964. Kleinhans men's clothier was located in the building to the right. The front door was behind the tree.

After several years of lawsuits, the $9 million project moved forward in 1960 when a judge ordered the owners of the garage to vacate by the end of the year. State Supreme Court Justice Michael Catalano’s decision assigned a greater value to the need for a new library than just books.

"These are times testing whether free, democratic governments will survive the omnipresent oppression of Marxist Communism," he said from the bench.

“This court judicially notices that education in free society is being rocked from its foundations by the cry that communistic regimentation and force in the sciences will conquer the universe.

"Free public libraries are vital to progressive, dynamic education. In this day of multiple world crisis inspired by the freedom haters, time is of the essence to build bigger and better public libraries and do it now."