For decades, national guidelines have recommended that men with prostate cancer eat a diet rich in vegetables, suggesting it might lower the risk of cancer progression and death.

The study, led by researchers at Roswell Park Comprehensive Cancer Center in Buffalo and the University of California, San Diego, showed no benefit for nearly 500 patients followed for up to two years across the country.

“Despite prevailing scientific and public opinion, eating more vegetables will not alter the course of prostate cancer. It will not, to the best of our knowledge, suppress or cure it,” said Dr. J. Kellogg Parsons, professor of urology at the UC San Diego School of Medicine and Moores Cancer Center. “However, while eating a healthy diet rich in fruits and vegetables and getting more exercise may not cure cancer, it may keep the body stronger and healthier, which may help patients tolerate cancer treatments.”

Findings from the study, the most comprehensive yet on the impact of a healthier diet on patients whose prostate cancer is discovered in early stages, were released Tuesday in the Journal of the American Medical Association.

Researchers followed 478 patients aged 50 to 80 in the Men’s Eating and Living study. The average age of participants was 64. The phase III trial was conducted in 91 oncology settings across the country. As a co-leader in the investigation, Roswell Park was one of the leading sites in the country, with about 45 participants.

Previous studies hypothesized a diet rich in fruits and vegetables might slow the progression of prostate cancer – findings that became national guidelines that urologists routinely shared with patients after they were diagnosed. 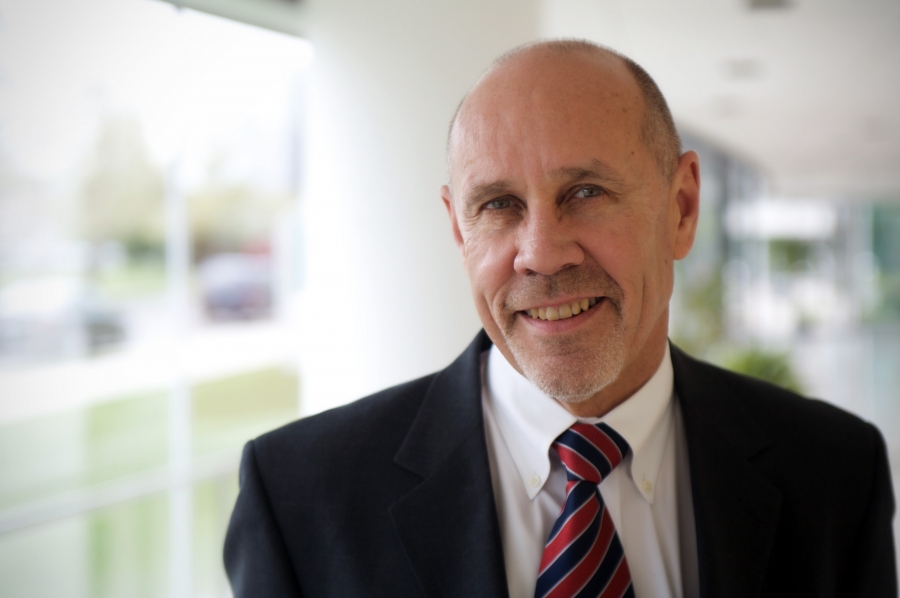 A diet rich in plant-based foods continues to have a multitude of health benefits, says James Marshall, distinguished professor with the Department of Cancer Prevention and Population Sciences at Roswell Park Comprehensive Cancer Center, potentially including prostate cancer prevention and long-term survival. Still, he said, “If the average urologist were advising patients, he or she would say to the patient, ‘Get rid of the cigarettes and then we can talk about dietary supplements.” (Photo provided by Roswell Park)

Those studies involved larger groups but were observational. Participants answered a variety of questions about their behavior, including what they ate. Researchers routinely caution that such studies are not as reliable, because most people don’t religiously track or remember their eating habits, and don’t always control well for other risk factors that include ethnicity, obesity, alcohol consumption or tobacco use.

The new study – a randomized clinical trial – took a more rigorous approach. Participants were asked about their diet, encouraged to eat more plant-based foods, and followed for up to two years, said Dr. James Mohler, co-leader of the study and professor of oncology with the Roswell Park Department of Urology.

Researchers measured PSA levels and took prostate cancer biopsies before and after the study. Half the men were told to eat at least seven daily servings of fruits and vegetables and given written instructions. The other half were given the same instructions but also assigned a nutritional counselor who tracked and talked with patients an average of 20 times during the study period. Blood tests taken from both groups showed that those counseled had higher levels of carotenoid levels, a healthy micronutrient more prominent in plants that helps with better overall health.

“If you just give men a handout, their diet doesn't change,” said Mohler, also associate director and senior vice president of translational research at Roswell.

James Marshall – distinguished professor with the Department of Cancer Prevention and Population Sciences at Roswell Park and professor emeritus of epidemiology and environmental health in the University at Buffalo School of Public Health and Health Professions – is senior co-author of the new study. He stressed that the results speak only for prostate cancer, and short-term progression when the cancer is caught early. He and other participating researchers said further studies are needed to learn if a largely plant-based diet practiced over decades can help prevent prostate cancer and impact its development over a longer time frame, or in patients whose cancer is found at a later stage and spreads to other parts of the body.

Cancer of the prostate increases the size of the walnut-sized gland that produces the fluid that moves sperm through the male sex system. It tends to grow very slowly and in almost all cases is the same type: prostate adenocarcinoma, in which cancer cells increase the size of the prostate, over time interfering with urination and sexual function.

When caught early, most patients defer immediate treatment for an “active surveillance” approach. They get radiation, surgery and other therapies only if their cancers progress to more dangerous stages. These patients tend to die from other causes.

Prostate cancer is the second-most common cancer in men, after skin cancer. More than 190,000 new cases are diagnosed each year in the U.S. and more than 33,000 men die from the disease, according to the American Cancer Society.

About half of all prostate cancers are diagnosed in the low-risk stage. All of those in the study fell into this category.

Despite the findings, the researchers said a diet rich in fruits and vegetables has shown the power to lower risks for cardiovascular disease, diabetes and other top killers.

“The most common question I receive from men on active surveillance is, ‘Can I decrease the chances that I will need treatment for prostate cancer by changing my diet?’ We now have good evidence that a diet rich in fruits and vegetables and light on red meat is not likely to impact need for treatment,” Mohler said. “But this study does not provide justification for eating anything you want, either. The overall health benefits of a diet that’s relatively low in fat and rich in fruits, vegetables and healthy grains are well-established.”

Mohler plans to continue to urge his patients to get plenty of rest, exercise regularly, find ways to reduce anxiety – and eat better.

“I think this study just kind of says that maybe eating better goes a little lower down on that platform of things that appear logical," he said. "Here we have reasonably strong scientific evidence that eating better is not going to help your prostate cancer. Now, it'll help the rest of you. And across all cancers, we would still recommend those those four things for patients.”