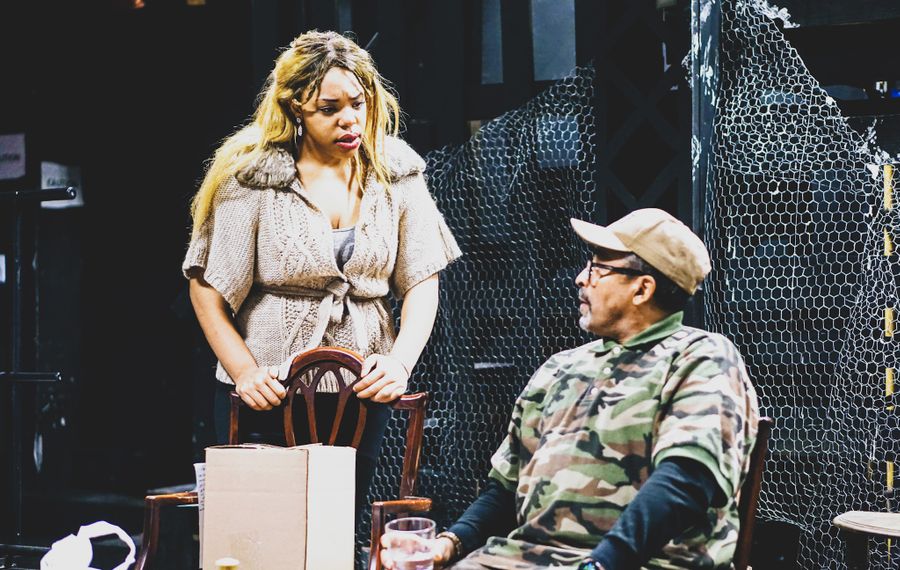 Act II of Buffalo's theater season hits its stride this week with so many shows opening it will be hard not to find one to love.

Here's a look at what's opening this week by date.

For mystery and suspense, head down the alley – and we mean Alleyway Theatre. Regular Alleyway audiences will find something a little different on this visit. Starting with opening night on Jan. 16, the theater is set up for in-the-round performances of "Factory for Murderers," playwright Scott McCrea's intriguing new take on the Jack the Ripper killings. Set in 19th century London, when the Ripper murders terrorized London, McCrea's thriller won Alleyway's 2018 Maxim Mazumdar New Play Competition.

Performances are at 7:30 p.m. Thursdays through Saturdays through Feb. 8 in Alleyway Theatre (1 Curtain Up Alley). Tickets are $38 general, $20 for students and children at alleyway.com.

Also opening Jan. 16 is Road Less Traveled Production's much anticipated "The Antipodes." The theater company is being joined by Sean Cullen, a Buffalo-born actor who has spent most of his career in television ("Boardwalk Empire" among many others) and on Broadway, along with his film roles. Cullen is RLTP's 2020 American Theater Master and leads the cast in playwright Annie Baker's 2017 play set among the characters in a brainstorming session. This taking part are sharing their own experiences in an effort to come up with something ... something extraordinary, something epic, the über story of all stories. If there is such a thing.

The new show at Paul Robeson Theatre hasn't been on a Buffalo stage before, but it did test its wings two years ago as part of the Chautauqua Theater Company's New Play Workshop. "Jump," by popular playwright Charly Evon Simpson, has since been presented in theaters around the country, and opens Jan. 17 at the Robeson, in the African American Cultural Center (350 Masten Ave.).

Simpson was inspired to write the play by a story in The New Yorker about people who try to commit suicide by leaping from the Golden Gate Bridge. But her story is less about death than about the feelings of the living – about relationships, coping, grief. Paulette D. Harris directs the local production, which has showtimes at 8 p.m. Fridays and Saturdays and 4 p.m. Sundays through Feb. 9. Tickets are $35 general, $30 for seniors and students (box office, aaccbuffalo.org or call 884-0279).

Work by another woman playwright, Carolyn Gage, caught the attention of the Brazen-Faced Varlets, who will be asking for audience help during "The Anastasia Trials in the Court of Women." The play opens Jan. 17 in the Alleyway Cabaret Theatre (the entrance is on Main Street north of Shea's, not on Curtain Up Alley). It is a play-within-a-play courtroom drama, with the audience participating as judges in the trial of women accused of betraying the last of Russia's royal Romanovs, Anastasia.

How the play develops depends on how the audience reacts each night. Performances are at 8 p.m. Fridays and Saturdays through Feb. 1, with one Sunday show at 2 p.m. Feb. 2. Tickets are $20 general, $18 for students and seniors (reserve at 598-1585 or by email at brazenfacedvarlets@yahoo.com).

The latest show from Subversive Theatre comes with a warning that the production contains a lot of violence and "unfiltered dialogue regarding brutal acts," making it recommended for mature audiences only. The play is "Mercury Fur," by Philip Ridley, and it also opens Jan. 17 as part of the theater's "dystopian series" of productions.

The plot is described as a "primal tale somewhere in between 'A Clockwork Orange' and 'Lord of the Flies,' " as it reveals "just how far desperate people will go to satisfy the grotesque fantasies of their rich benefactors." While no one is going to call this the "feel-good" show of the season, it promises to be provocative at a time when normal social constraints often appear to be taken as optional in public and political behavior.

Performances are at 7:30 p.m. Thursday through Saturday through Feb. 8 in the Manny Fried Playhouse (255 Great Arrow Ave., third floor). Tickets are $30 general, $25 for students and seniors, with Thursday shows "pay-what-you-can" (subversivetheatre.org or call 462-5549).