James A. Petruzzi was sentenced to more than 50 years in an Arizona prison in 2011 for repeatedly molesting a boy, but according to Thomas D. Somerville of Buffalo, it wasn’t the first time Petruzzi sexually abused a child.

Somerville alleged that Petruzzi, 73, was the Boy Scout leader who sexually assaulted him in the early 1970s when he was 8 years old.

“I’m happy to know he’s stuck in jail. Somebody finally got him,” said Somerville.

Eight plaintiffs claimed in a federal lawsuit filed last week in Washington, D.C., that the Boy Scouts failed to prevent pedophiles from entering the organization, didn’t properly investigate abuse complaints and kept secret the identity of many abusers.

But the plaintiff’s lawyers said they represent more than 1,500 people from across the country who were abused by scout leaders and volunteers, and they’re preparing to take all of them to court.

Among those clients is Somerville, a longtime West Side resident who said Petruzzi and the Boy Scouts have yet to answer for the alleged crimes in Buffalo. Somerville, 57, said he hopes that will happen when he sues the Boy Scouts under New York’s Child Victims Act.

“I just want him exposed here,” he said. 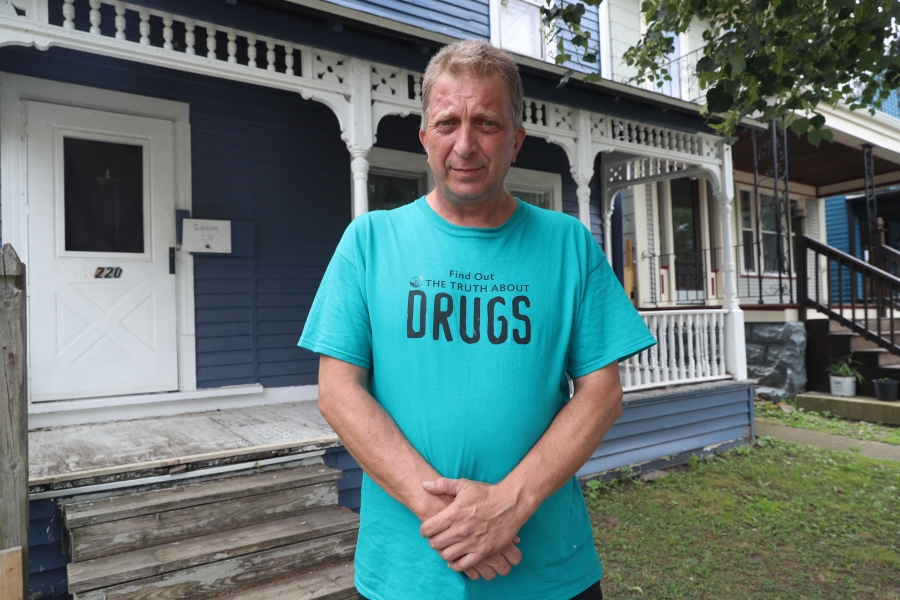 Thomas Somerville of Buffalo alleges he was sexually abused as a child by a former Boy Scout leader James Petruzzi. (John Hickey/Buffalo News)

The Boy Scouts are defendants in 11 Child Victims Act lawsuits filed in Erie County and more than 60 statewide since August. Lawyers with Abused in Scouting, the collaborative of firms that filed the federal case on Jan. 6, said the problem is much bigger than that, both in New York and across the country.

A spokeswoman for Abused In Scouting said the group represents 110 men in New York and close to 1,600 men in all 50 states.

“One goal is to allow victims to be compensated for what they suffered and get some measure of justice. But a broader policy goal is to change behavior at the institutional level, for BSA specifically, but hopefully there will be a broader shift in institutions across society,” said Aitan D. Goelman, an attorney with the Zuckerman Spaeder firm in Washington, D.C. “We do think that the legal system can change institutional behavior, can deter institutions, if not the actual people that are raping little kids, but the institutions that harbor those people, protect those people, that enable those people, that cover up those crimes, that feed them a steady diet of victims.

The Boy Scouts of America issued a statement in response to the federal lawsuit, apologizing to anyone who was harmed during their time in scouting and encouraging any victims to come forward.

The organization "is committed to fulfilling our social and moral responsibility to fairly compensate victims who suffered abuse during their time in Scouting, while also ensuring that we carry out our mission to serve youth, families and local communities through our programs. Nothing is more important than the safety and protection of children in our Scouting programs – it is our top priority," the statement said. 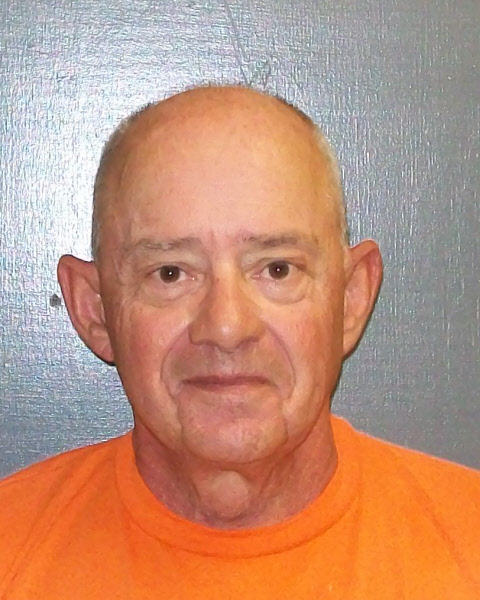 James A. Petruzzi. (Photo courtesy of the Arizona Department of Corrections)

Somerville said Petruzzi was a friend of the family who often visited their home on the West Side wearing his scout leader’s uniform. Multiple newspaper stories from the late 1970s identified Petruzzi as a district executive of the Greater Niagara Frontier Council. Somerville, the youngest of six boys, said some of his older brothers were Boy Scouts, but he was not. Petruzzi began abusing him shortly after Somerville’s grandfather died in 1970.

“I was 8 years old at the time it started. It wasn’t until 10 or 11 when it finally stopped,” said Somerville.

Somerville said some of the abuse happened in his own home.

“He was always feeling me up, putting his hand in my pants and saying, ‘This feels good, don’t it?’ ” Somerville said.

Somerville said he remembers telling a teenage brother about what Petruzzi did to him, and the older brother didn’t believe him. He was so embarrassed and ashamed by the abuse that he didn’t tell anyone else until he confided in his mother in 1999, shortly before her death, he said.

Somerville said Petruzzi would ask him to find other boys in the neighborhood and bring them to him.

The abuse changed the trajectory of his life, he said.

“I used to be an honor roll student, a good student, and then they couldn’t understand why my grades went down,” Somerville said.

Somerville said he suffers from panic attacks and is on disability.

Court orders since 2012 in other parts of the country have made public the names of about 5,000 scout leaders who were accused of abuse in internal Boy Scouts of America “Ineligible Volunteers” documents known as the “perversion files.” Petruzzi is not among the scout leaders that have surfaced in those files released so far.

But a Petruzzi relative confirmed that the James A. Petruzzi who is in an Arizona prison hails from Buffalo and served in the 1970s and 1980s as a Boy Scouts district executive and as a troop scoutmaster.

A spokesman for the Boy Scouts didn’t respond to multiple requests for information about Petruzzi. 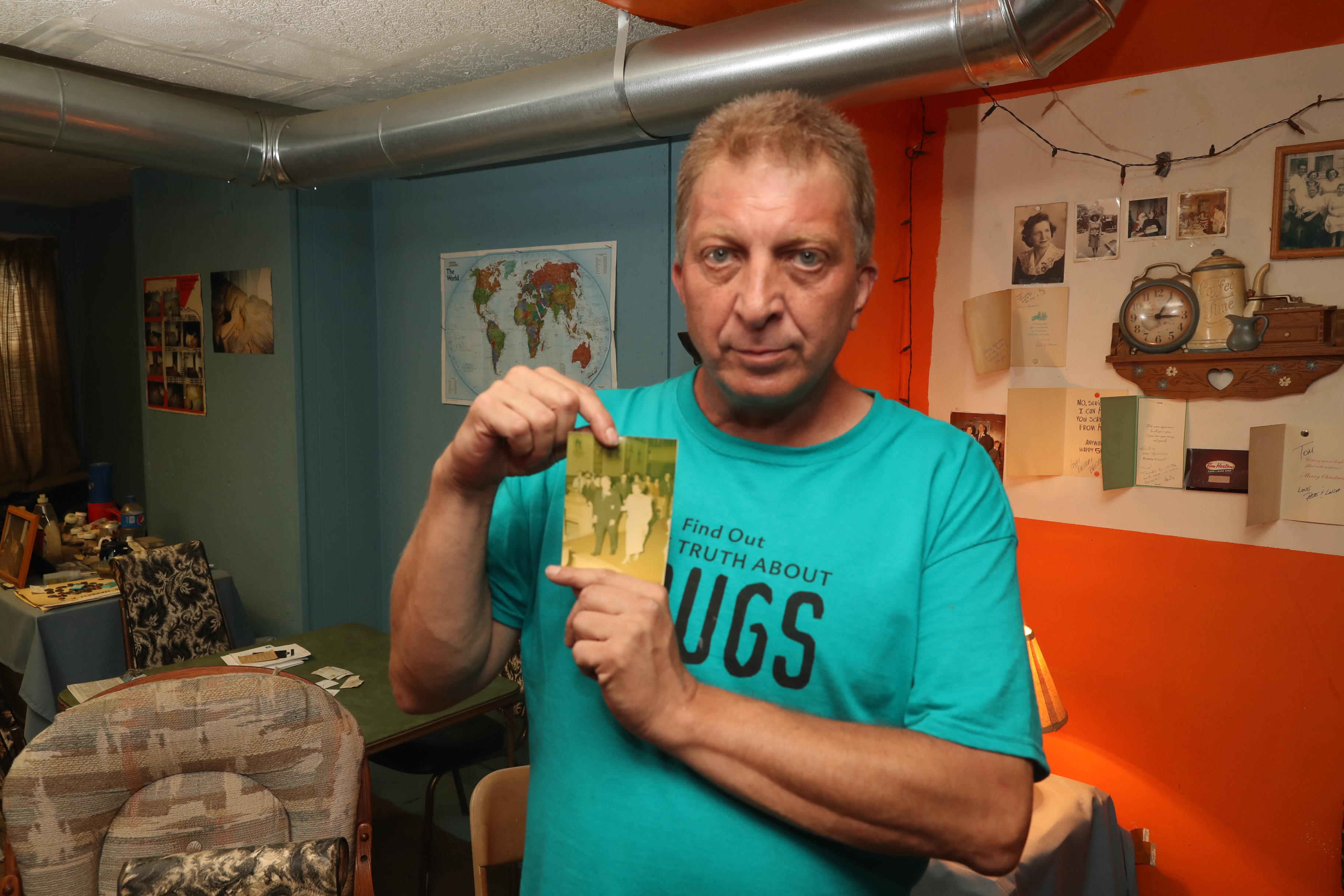 Tracy Peterson, 57, of West Seneca, also is represented by Abused in Scouting, the law firm collaborative working on scout cases across the country. 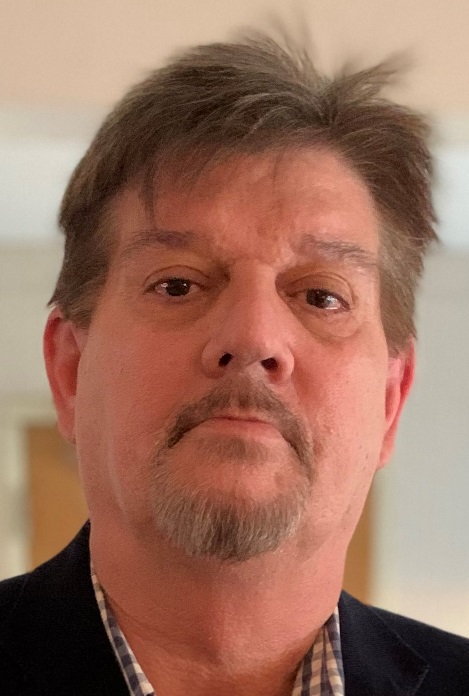 Peterson has lived in Western New York for the past decade, but he was raised in Pilot Point, Texas, where he alleged that Calvin R. Langford molested and raped him multiple times when he was an 11-year-old Boy Scout.

After abusing Peterson, Langford sometimes would award him a merit badge, Peterson said.

Langford is in the Scouts' ineligible files, which include a 1974 letter from Pilot Point School District Superintendent Gerald Slater to the Texas commissioner of education stating that three high school boys had accused Langford, who also was a teacher, of sex offenses. The letter also said an investigation found that Langford had fondled 10 elementary and junior high school boys. Langford resigned his teaching post, according to the letter.

“They didn’t have the guy arrested or anything. They just sent him somewhere else,” he said. “He should have been arrested. He should have went to prison for it.”

Langford died in Texas in 2002 at age 54. His obituary said he was a retired employee of the state’s prison system.

Peterson said he’s struggled with mental illness much of his life. The Boy Scouts, he said, should have realized that the organization was a “magnet for pedophiles” and provided counseling for him and other scouts when Langford’s abuse became known to them.