A man with a similar physical description to the man on trial for the July 2018 quadruple shooting that killed a 16-month-old and his grandmother in Buffalo's Fruit Belt neighborhood was overheard later that day talking about committing the shooting and told a woman he "didn't mean for that to happen to them."

That's according to a prosecution witness who testified Monday in Kenyatta E. Austin's double-murder trial.

Tonyelle Ervin testified in Erie County Court that she overheard a man she described as dark-skinned with sort of a strong build and dreadlocks tell another man how he had a large gun, drove past once then came back again and then "let that (expletive) go."

Ervin also testified she heard the man who looked like Austin say "the woman shouldn't have been outside with her grandbaby at that time of night."

Austin, also known as "Manny," is charged with killing Yvette Johnson, 54, and her grandson, Kyrie Johnson, and wounding two others outside a home on Grape Street just after 12:30 a.m. July 2, 2018.

The trial, expected to last about two weeks, is scheduled to continue Tuesday.

Ervin, the prosecution witness, said she went to visit a friend in the area of Shawnee and Richlawn avenues in Buffalo in the late afternoon or early evening of July 2, 2018, and was standing among a group of people when she heard the man with dreads make statements to another man.

Ervin said she took exception to his comments that the grandmother shouldn't have been outside with her grandson at that hour.

"That's when he said to me I didn't know who I was talking to," she testified.

The man, who she never specifically testified was Austin, also came up to her a short time later and said the shooting of Yvette and Kyrie Johnson "shouldn't have happened," as they were not the intended targets, Ervin said under direct questioning by Colleen Curtin Gable, homicide bureau chief for the Erie County District Attorney's Office. 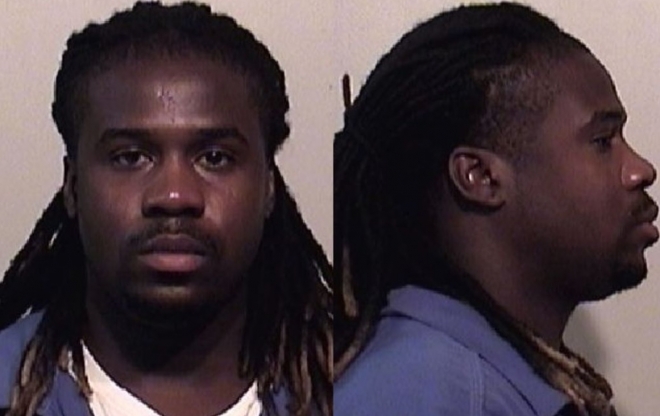 The shooting outside Yvette Johnson's Grape Street home followed a family picnic and celebration of her July 1 birthday at Martin Luther King Jr. Park earlier that day. Prosecutors have alleged that Austin and several other people pulled up about a block away from the home on Peach Street, approached from the bushes in the lot next door and then fired bullets from multiple weapons.

Robert Goldstein, one of Austin's defense attorneys, told the judge during his roughly 8-minute opening statement that "much of the case is circumstantial" and that prosecutors, who have the responsibility to prove his client's guilt beyond a reasonable doubt, "will fall well short of that goal."

Goldstein said prosecutors have no credible witnesses who are able to put the gun that killed these two people in his client's hand or show that any gun his client held is responsible for the deaths or injuries on Grape Street on July 2.

"There are many gaps" between what prosecutors will present and their conclusions, he said.

Ervin never identified Austin in multiple photo arrays shown to her by Buffalo police, said Goldstein, who is representing Austin along with attorney James Q. Auricchio.

Also in his opening statement, Goldstein accused prosecutors of providing information to witnesses to use in their testimony.

'No one was spared. No one was safe': Trial begins in Grape Street killings