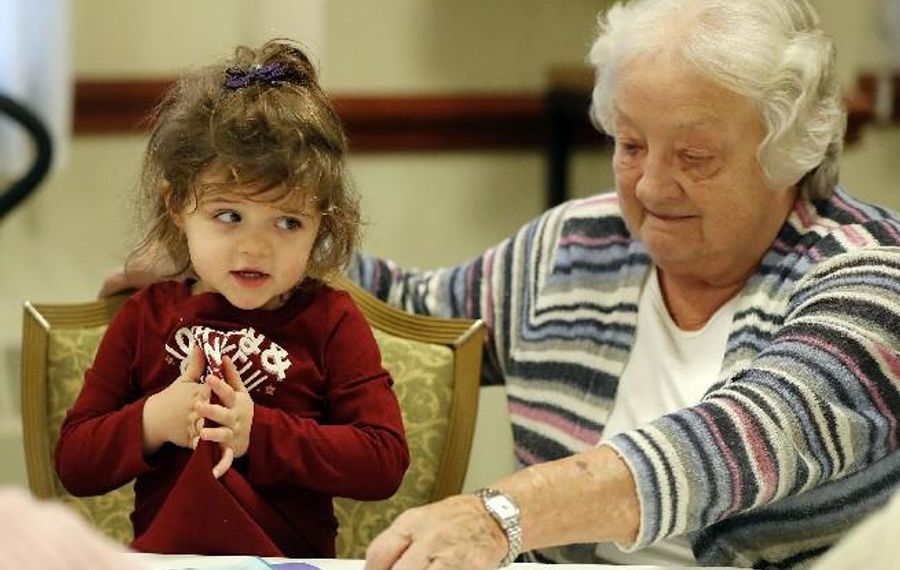 As more members of the baby boom generation reach retirement age and beyond, they are driving much of the interest in finding better means of elder care. Conditions that their parents may have tolerated are not good enough.

One such solution is called intergenerational care: Seniors and toddlers attending day care together. The trend has caught on in places around the globe, from Seattle to Singapore. It is now being tried in Western New York, with the GreenFields Continuing Care Community in Lancaster as one of the early adopters. There is a lot to like about putting different generations together.

The biggest benefits are intangible ones, but perhaps the most important: The older residents get a psychic boost from being around youngsters, with noticeable improvements in their mood, energy levels and cognitive abilities. For the toddlers, proximity to seniors helps build empathy and other so-called soft skills.

The Niagara Lutheran Health System, the parent company of GreenFields, began studying the project in 2018, looking for a way to attract and keep staff, providing a child care option for the community and give its residents some new programs.

As outlined in a recent story in The News, GreenFields invited Imagination Station Child Care & Preschool to set up in its new $1.8 million building that includes a wellness center for residents and its staff of some 500 full- and part-time employees, about 75% of which are women.

The arrangement is not only helping staff members, but providing a child care solution to members of the community who live or work near the 54-acre campus on Broadway. Imagination Station is accepting social services subsidies from parents who use its services.

Intergenerational care is one answer to a shift in society in the past 50 or so years in which family migration means there are fewer multigeneration families living in the same household or in close proximity, when care of the sick or elderly could be done by a close relative.

One facility that pioneered the blending of generations is called the Intergenerational Learning Center, a preschool located within a senior care center – Providence Mount St. Vincent – in West Seattle. Five days a week, up to 125 children share with older residents various activities such as music, dancing, art, lunch and storytelling. The concept, which the site launched in 1991, is so popular that the center has several hundred children on the waiting list.

“We wanted a place where people came to live, not to die,” Charlene Boyd, an administrator at the center, told the Seattle Times.

About one in eight people in Singapore is 65 or older. By 2030, it will be one in four. The nation is very active in promoting innovative ways to deal with its aging population.

One innovation is St. Joseph’s Home for the Aged and Hospice, which accommodates about 400 older residents, plus a child care center for about 50 children, ages 2 months to 6 years. An intergenerational playground in the courtyard gives young and old a chance to mingle in what they call the “circle of life.”

Lutheran Health Care raised funds from individual donors and foundations to launch the day care partnership. We hope the idea succeeds here and catches on at other care facilities in Western New York.