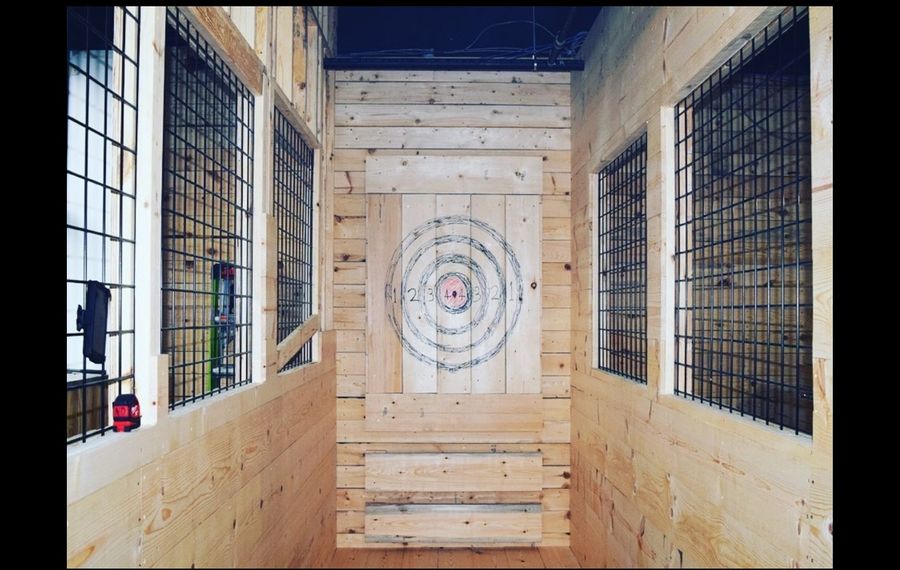 Buffalo's recreational ax throwers will soon have another destination.

Downtown entertainment complex Buffalo RiverWorks is in the process of transforming office space in the front of the building into Ales & Axes, which will be managed by Pearl Street Properties and is tentatively expected to open in March.

"[Ax throwing] is a hot trend, and we wanted to add more activities for our team-building and corporate events," said Bill Casale, general manager for all of Pearl Street's properties.

Introduced to Buffalo by Hatchets & Hops on Main Street in 2016, ax throwing – similar to darts, the bar game, just with an ax – has become popular for work parties or group hangouts.

Ales & Axes will boast three double lanes and a single practice lane, which is uncommon for the area, Casale said. Group pricing still is being determined, with details available soon at RiverWorks' website. 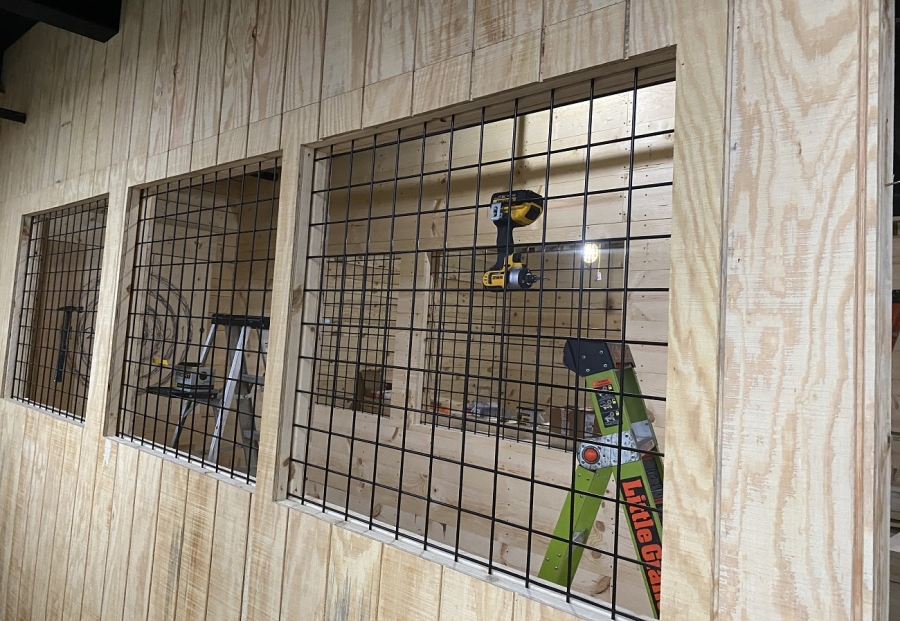 The view from the outside of a double throwing lane in the in-progress Ales & Axes. (via RiverWorks)

A ring of seating – with bar stools – will surround the lanes to accommodate spectators, who can watch friends throw thanks to rectangular grids in the lanes. Participants can choose between eight taps of Pearl Street's house beers at a dedicated bar, and a specialized food menu, with a lumber theme, is in the works. There will be TVs, too, for additional entertainment.

Groups up to 60 people can be accommodated, Casale said, with a full capacity of 100 for the 1,800-square-foot facility.

Ales & Axes has no affiliation with Axes & Ales, a similar business in Rochester.