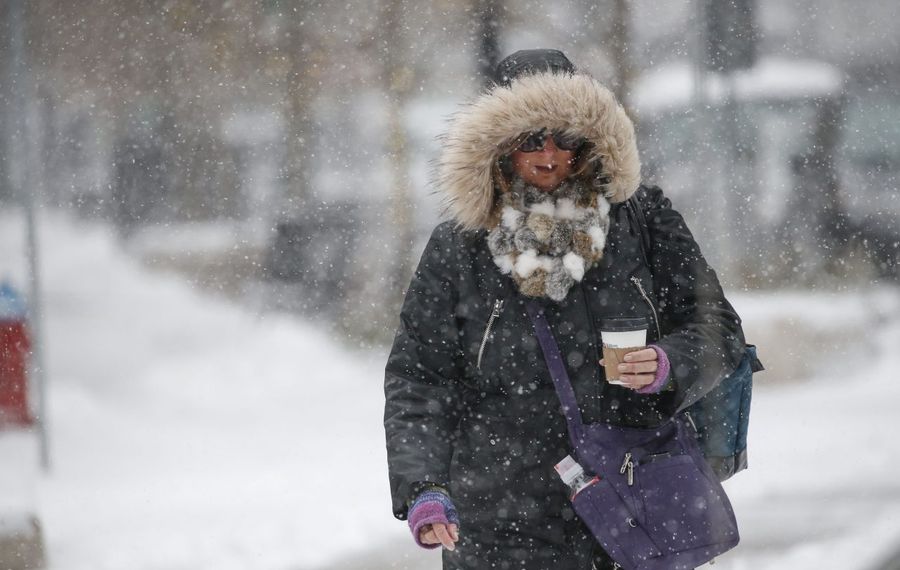 Let’s face it: We’ve had it easy around here as far as winter goes.

After an initially snowy start in November, snowfall has been running below average and temperatures have been running above average. Through Jan. 12, our monthly mean temperature is riding high, at 11.7 degrees warmer than average, with a little help from the record 67 degree high Saturday.

December was 3.2 degrees higher than average. Seasonal snowfall is at 33.5 inches, running 13.4 inches below average. As you might guess, there is no ice on Lake Erie. The lake temperature at Buffalo is 37 degrees, 3 degrees above average. In fact, ice cover on all five Great Lakes is sparse, to say the least: 5.9% total ice cover on Jan. 12 is simply extraordinary. 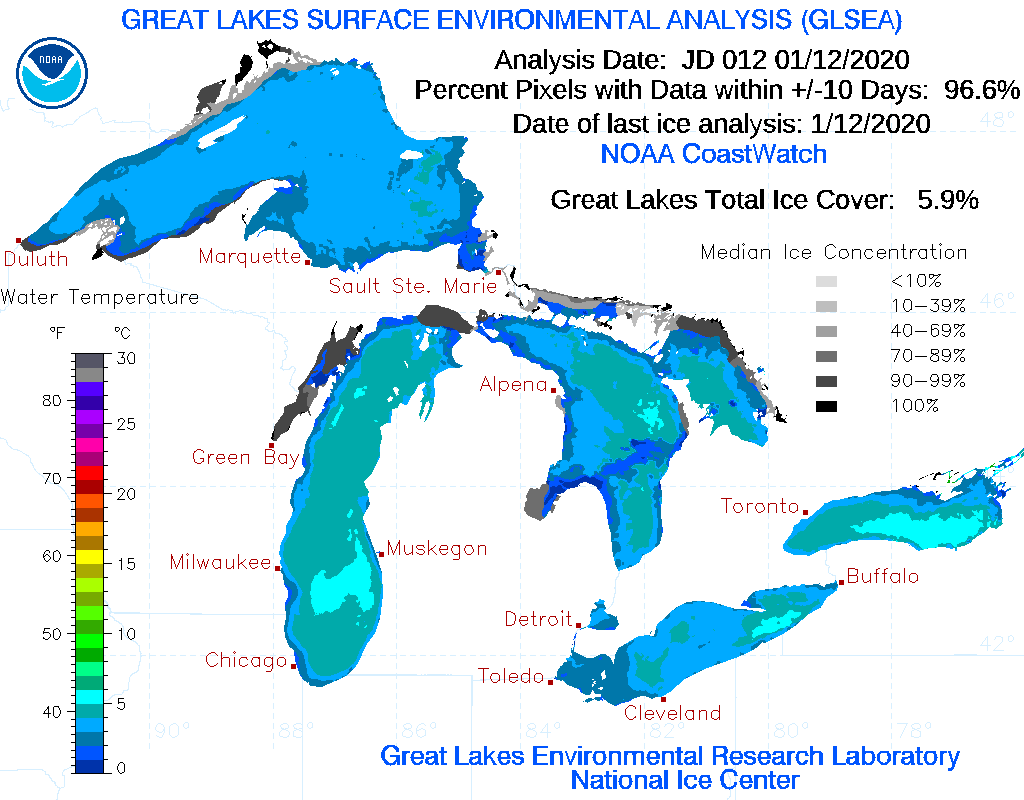 More evidence is mounting of a significant pattern change arriving by this weekend, though how persistent the change to wintrier weather will be is a little more uncertain.

Temperatures will be running above average through Thursday, peaking well into the 40s Tuesday. At this time of the year, statistically the coldest, the average high temp is 31. Readings will return to around 40 on Wednesday, and we’ll cool into the low to mid-30s on Thursday, following passage of a cold front. There will be a cold breeze to go with those temperatures, and it will feel more like winter. Some snow and rain showers will arrive Wednesday night with the cold front, and they change to scattered snow showers on Thursday, as depicted in this model.

By the end of the week, a massive dome of arctic high pressure will be centered to our north, which has been an uncommon occurrence most of this winter. That arctic high will bring us Friday temperatures in the low 20s.

Things get trickier by Saturday, with a developing storm deepening into a vigorous system over the Great Lakes. The southerly flow ahead of the low will bring in more abundant moisture and probably produce several inches of widespread accumulating snow, as shown in the American GFS.

As temperatures moderate in the southerly flow, the accumulating snow may change to sleet or rain for a time by later in the day when readings reach the upper 30s. Behind passage of the deep low, colder air and gusty winds will sweep in and change any lingering precipitation behind the low back to snow.

The orientation of the isobars on Sunday indicates a northwest flow, which is not generally a direction that brings heavy lake snow to the Niagara Frontier (though we occasionally see a connection with Lake Huron moisture in the multiple thin bands of lake snow). However, this flow will produce more significant accumulations to develop on some hills well south, including ski slopes. The temperatures will allow the resorts to get back to snowmaking.

Sunday’s readings will be falling through the 20s. By the following Monday, we’ll see highs from the upper teens on the hills to the low 20s on the Niagara Frontier.

Another truly massive dome of arctic high pressure early the following week will dominate from Manitoba all the way down to the Gulf states, the most extensive we’ve seen this winter.

The question of persistence for such a wintry pattern still has some uncertainty. One of the ingredients needed to allow the polar jet stream to dip to the south is a blocking ridge of high pressure centered near Greenland, causing the southward buckling of the jet. Michael Ventrice of IBM’s the Weather Company posted just such a blocking ridge seen in the American GFS ensemble extending from west of Portugal up across Greenland and closer to the north pole by around Jan. 23, matching well with the European ensemble depiction. You may have to squint to see the ridge, but it shows up in white and red:

Whoah nelly. The ECMWF isn't alone anymore with it's aggressive prediction for a monster -NAO event in the medium range. pic.twitter.com/YOH2Q2Odzt

This would be the first negative/cold phase of the important North Atlantic Oscillation (NAO) we’ve seen in a long while. At this point, ensembles of many individual model runs do seem to indicate a more persistent cold in the eastern United States, the type of which we haven’t seen. The bluish coloring in the east with the northwest orientation of the grey contour lines (called “heights,” for the curious) clearly lay out a cold pattern, even as far out as Jan. 28, from this NOAA ensemble.

The warmer ridge over western North America extending all the way up to Alaska and the colder trough in the east is indicative of the cold phase of the NAO remaining dominant. It is not possible to determine how cold this pattern will be, or how much snow may come out of it. But I can say with greater confidence, winter will be making a comeback. Boo, hiss or cheer among yourselves, folks.