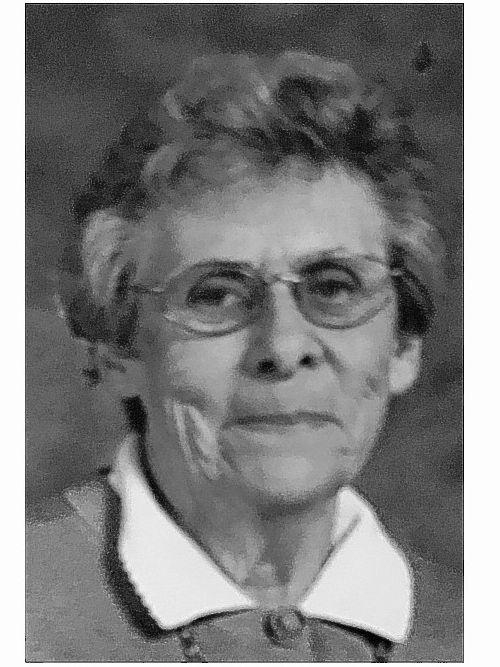 WITTEK - Margaret Ida Passed away January 7, 2020. She was born in Buffalo, NY on December 3,1928 to George W. Mullenhoff and Ida M. (Sietz) Mullenhoff. She attended Gardenville, NY schools and the SUNY Buffalo State College, where she majored in home economics. She was a communicant of Fourteen Holy Helpers Parish in West Seneca, NY. That education served her well after she married Donald Wittek, who proved to be the love of her life. Margaret and Don grew up on the same street in Gardenville and have literally known each other all their lives. They raised seven children together. While the kids were growing up, the family lived in many places up and down the East Coast, including upstate New York, Connecticut, New Jersey (twice), Maryland, Georgia, and Florida, and finally ending up in Concord, NC. Somewhere along the way, she also agreed to give up suburban life for a while as the family undertook another adventure, this time running a small general store in the Adirondacks. She worked as a social worker until her retirement. Margaret was always thinking of others, whether it was taking care of her family or helping people in her community. She was active in Meals on Wheels for most of her time in Florida and in Concord. Margaret was the heart of her family. She had everything under control during the numerous camping trips and family vacations. Most memorable among them were camping trips to Hermit Island, ME and Edisto Beach, SC. No matter the weather, she could feed a husband, seven kids, assorted friends, and one very large St. Bernard dog with nothing more than a cooler and a two-burner camp stove. Let's not forget all of the "Wittekfest" family gatherings as well! She traveled extensively across the US and also did a bit of world traveling as well, following various family members for visits to Australia, Tasmania, and Colombia, South America. She loved crossword puzzles, watching Jeopardy, and growing roses like her mother did. She was predeceased by her parents and one brother, George Mullenhoff of East Aurora, NY. She is survived by her husband of 68 years, Donald W. Wittek, and one sister, Joan Zilliox of Williamsburg, VA. She and Don raised seven children: Michael, Canandaigua NY; Elizabeth Reynolds, Minoa NY; Christine and Daniel Ebersold, Lynchburg VA; David and Deb Collum, Orlando, FL and Groton, MA; Andrew and Martha, Charlotte NC; William, Syracuse NY; DJ and Staci, Weddington, NC. She also leaves behind 13 grandchildren and 13 great-grandchildren. There will be a funeral mass at St. James Catholic Church, 139 Manor Ave., SW, Concord, NC 28025 at 11 AM on Friday, January 17. From 10-11 AM there will be a visitation time at the Church as well. In lieu of flowers, donations in her name may be made to Hospice and Palliative Care of Cabarrus County, 5003 Hospice Lane Kannapolis, NC 28081 704-935-9434. They were fantastic during the hardest times. Online condolences may be left at www.wilkinsonfuneralhome.com. Wilkinson Funeral Home assisting the Wittek family.