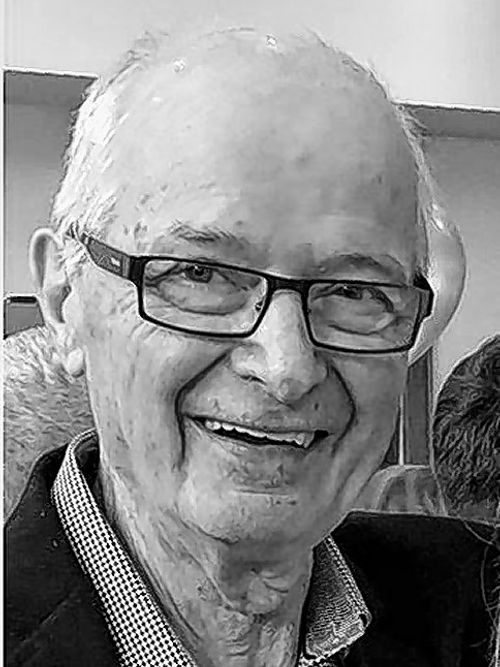 KENNEDY - John, Sr. "Spider"
Age 77, of Buffalo, NY passed away surrounded by loved ones on January 10, 2020, after a difficult battle with pancreatic cancer. Jack was born on September 13, 1942, to John and Mary (Sally) Kennedy in Buffalo, NY. He graduated from South Park High School in 1960, and joined Chevrolet Buffalo in 1961, kickstarting his 42-year career in auto manufacturing. He was elected to serve as the President of UAW Local 424 for over 17 years, the longest President in the history of the Local. During his tenure, he helped guide the Local through numerous labor agreements with General Motors (GM) and later through the transition to American Axle Manufacturing, when the company was spun off by GM in 1993. He was also proud to have served on the board of the Buffalo Sewer Authority for over 20 years. In 1961, Jack married his beloved wife, Kathleen (Kate) (Lacongo) Kennedy. They went on to have three children, Jack (Michele) Kennedy, Jr., Cynthia (Michael) Seaman and Thomas (Kerry) Kennedy. He was predeceased by his mother, Mary and his father, John. He is survived by his wife and children, his three siblings, Karen (Kenneth) Snyder, Robert (Joyce) Kennedy and James (Karen) Kennedy, his grandchildren, Danielle (Michael) Rizzo, Meghan Kennedy, Carolyn Kennedy and Quinn Kennedy and numerous nieces and nephews. Jack was a devoted family man, determined to provide for his family and give them the life he felt they deserved. Anyone who knew Jack, knew that he was the most loving father, grandfather ("Pa") and spouse a family could ask for. He will be remembered for his kindness, strength and his quick wit and as a loyal and supportive friend (he also made a helluva martini). No prior visitation. Friends are invited to attend a Mass of Christian Burial on Thursday, January 16, at 9:30, at St. Mark's Church, 401 Woodward Ave., Buffalo, NY 14214 (please assemble at the church). Arrangements by LOMBARDO FUNERAL HOME (Northtowns Chapel). Flowers gratefully declined. Memorials may be made to ECMC Foundation (Jonah Center) at https://www.ecmc.edu/the-ecmc-foundation/ways-to-give/. Online condolences may be offered at www.lombardofuneralhome.com