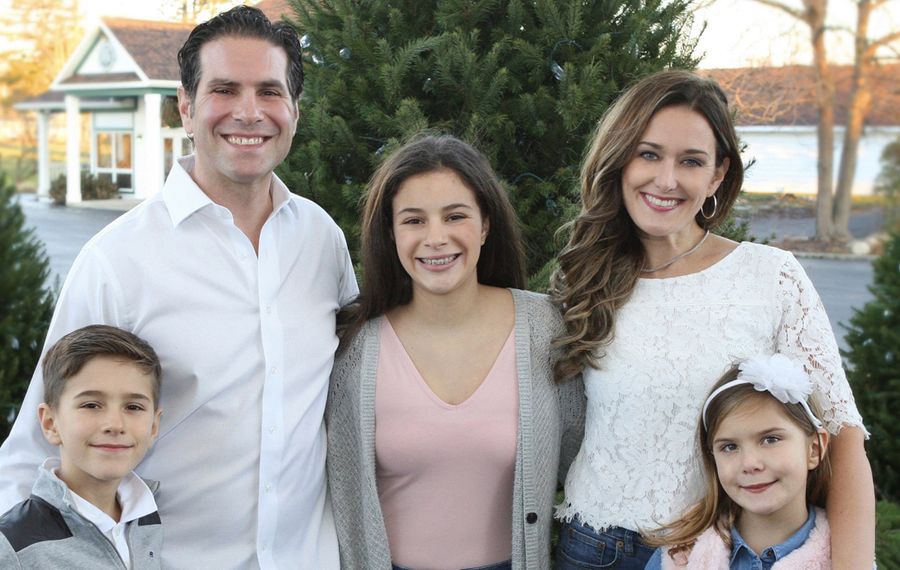 Students and staff at Pinehurst Elementary School in Hamburg are grappling with the death of a fifth grader who was the second child in New York State to die from complications of the flu this season.

"This just hits closer to home, being a wonderful fifth grader that was always smiling, was involved in so many activities, from a wonderful family that was very well involved in the community here," Frontier Central Superintendent Richard Hughes said.

Eleven-year-old Luca Calanni, who had had a flu shot, died at Oishei Children's Hospital after the virus attacked his heart, his mother told WKBW-TV. The last child in Erie County to die of the flu was in 2017.

"This was a very rare case," Hughes said.

"When it gets into your system, sometimes for some people, it can be overwhelming and really stifle a person's immune response so they're not able to fight off other infections," Erie County Health Commissioner Dr. Gale Burstein said Monday. "We see a lot of flu in our community. Most of the time, people recover without any adverse effects."

Hughes said social workers from other schools in the district were on hand at Pinehurst Monday morning, and there was a social worker in every fifth grade class.

"The bigger thing today was trying to make it as normal a day as possible," he said. "I give our staff and principal all the credit in the world to power through and to be there. It's hitting many of them very hard."

He said some students did not know what had happened.

"Just as adults, sometimes we don't know how to react in a difficult situation," said Hughes, whose four children attend Pinehurst Elementary.

The Centers for Disease Control and Prevention reported 32 children in the country had died from the flu or flu-related conditions as of Jan. 4, Burstein said.

"We are seeing much more flu this season compared to other years," she said.

Burstein urged residents to get flu vaccinations. She said the flu vaccine is based on the prevalent strains in the Southern Hemisphere's flu season. If the flu virus mutates from those strains, there still is some protection from the vaccine that can keep the illness from being as severe as it could be, she said.

Another strategy to prevent the flu is washing hands frequently and not to share meals and utensils.

Parents should contact their pediatricians if their child becomes ill, she said. If a child has difficulty breathing, is coughing severely, breathing very quickly, has blue lips, is not able to take in fluids, not urinating, is weak, pale or mottled, the child should be taken to a pediatrician or to the hospital, Burstein said.

A Frontier District statement said its nursing staff acted "as a point of contact for any information parents request regarding the flu including handouts on flu facts," but the superintendent said there were very few calls from parents concerned about the illness.

Pictures online show Luca as a trombone player, a Buffalo Bills fan, a classmate and a big brother to his three sisters.

"He was a wonderful young man that positively impacted all those around him," said a statement from Frontier Central School District.

A tribute on YouTube explains his name: the L stood for loving, the U for Ultra, the C for caring, the A for amazing.

His mother, Ashley Calanni, told WKBW-TV that her son had been to the pediatrician, and was diagnosed with septic shock.

“I want him to be remembered for the wonderful boy he was, and not just another flu-related death,” she said. “He was vaccinated, and we did everything possible to prevent and to help him.”

The family thanked the doctors and nurses at Oishei Children’s Hospital.

“The wonderful staff did everything they could to help him," she said. "We cannot thank them enough.”

"As difficult as it is as an educator to lose a child, as a dad, it's hard not to put yourself in their shoes," Hughes said.

The state Health Department's Weekly Influenza Surveillance Report shows more than 10 lab-confirmed cases of influenza per 10,000 people in Erie County, and the same for almost every county in the state.