Developer Gerald Buchheit is preparing to seek approval for his revised proposal for the Queen City Landing apartment tower at the Outer Harbor, but first he's hoping to simplify the process by getting the project designated as a planned unit development.

Buchheit, who owns the 20-acre peninsula parcel at 975-1005 Fuhrmann Blvd., wants the Common Council to approve a unified zoning and land-use plan for the entire site that would override the Green Code and set guidelines and limits for what can be built.

That would allow him to construct a 20-story glass-walled building with apartments, structured parking, and a mix of restaurant, retail and commercial space, despite conflicts in the current zoning. That project – recently scaled down from 23 stories in an initial proposal that faced legal challenges – would be located on 8.8 acres of the property, with future development on the rest of the land to be determined later.

A "PUD," as it's called, is permitted under the code, and is increasingly being used by developers for more complicated projects, especially across multiple parcels.

In Buchheit's case, according to a letter from attorney Adam S. Walters, the PUD request permits:

Plans call for 35,000 square feet of restaurant, retail and commercial space on the ground floor, parking on the next three floors, and a 19,000-square-foot restaurant and banquet center on the sixth floor. Above that, 206 apartments – 98 with waterfront balconies – will occupy the next 13 floors, followed by a mechanical penthouse and common area for residents. 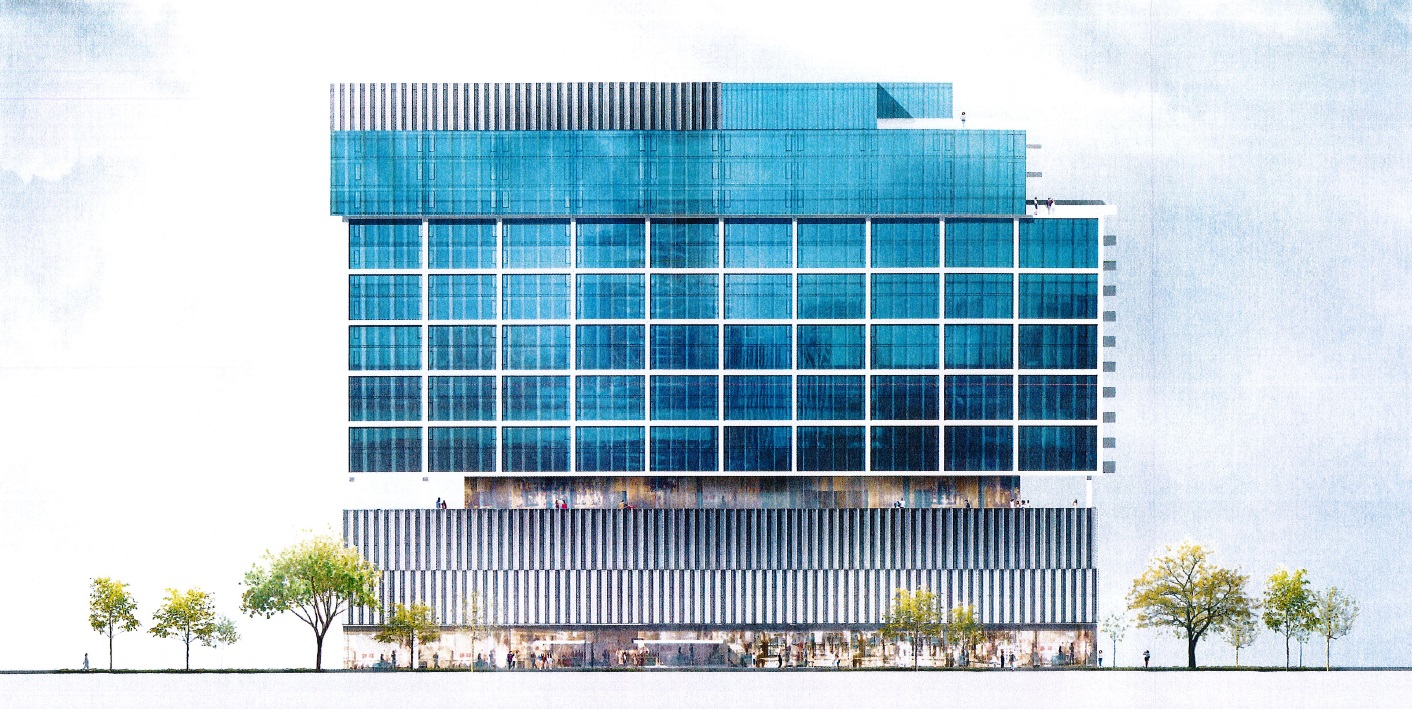 The revised project also features a ground-floor waterfront terrace, recreational areas, landscaping, benches and other outdoor seating. There will also be public access to the waterfront, including bicycle and pedestrian paths that connect the multi-use trail along Fuhrmann Boulevard to the waterfront while looping around the building, as well as public docks and 30 new public boat slips for boaters visiting the building or restaurant.

Walters argued that the planned-unit development "will promote a coordinated site and building design" and is "wholly consistent with the city's Comprehensive Plan, which seeks public waterfront access in an area previously cut off by industrial use." It will also create or restore infrastructure to the area, transform a single-use industrial property into a mixed-use development, he said.

The project "will bring an upscale design to the currently vacant post-industrial site," Walters wrote.

The proposed public paths, docks and restaurants also "have been designed to appeal to the tenants and users of the facility, as well as those who live and work in the area," attracting more people to the area, he said. And because the project supports both pedestrians and bicyclists, it "will encourage recreational and itinerant boat users to visit the site."

"The purpose of the project remains to transform a currently vacant, underutilized but now remediated property into a vibrant center of activity where Buffalonians, visitors and tourists alike can gather, eat and enjoy the beautiful Lake Erie views," Walters wrote. "Given the site's location, this project has the potential to be yet another success story in the city's continuing resurgence and will bring vibrancy to Buffalo's Outer Harbor."

The Buffalo Planning Board will first review the request  at 4 p.m on Jan. 13 before making a recommendation to the Council. A full site plan review will come later.

If ultimately approved, construction by Arc Building Partners would begin in the spring, and would last about two years.