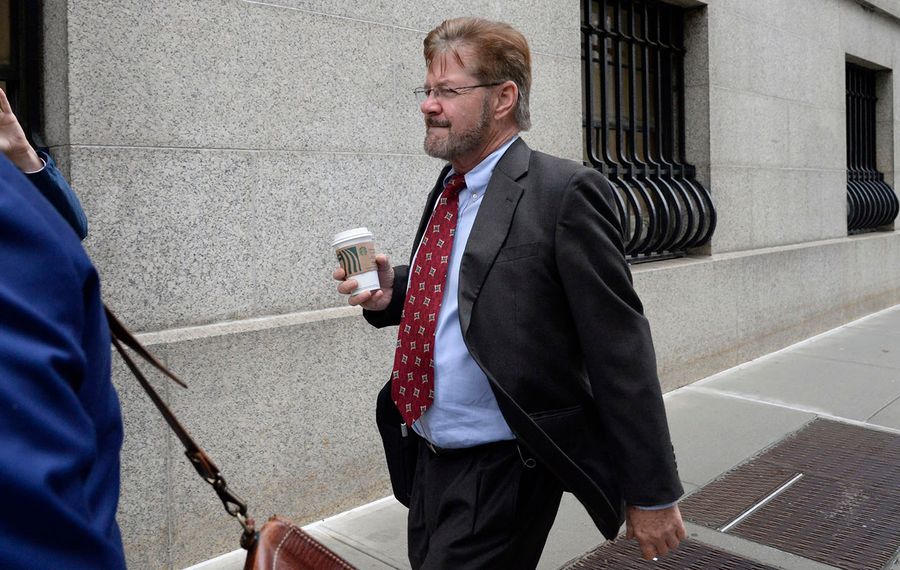 WASHINGTON – Stephen Zarsky – ensnared in the Chris Collins scandal when he acted on a secret stock tip shared by the then-congressman's son – should spend six months in prison for insider trading, the U.S. Probation Office said in a report to the judge in the case.

That prison term should be followed by a year of supervised release, said the Probation Office, which also recommended that Zarsky pay a $20,000 fine.

That's a much more lenient term than Zarsky would face under federal sentencing guidelines, which call for him to be incarcerated for 37 to 46 months.

But it's comparable to the sentence probation officers recommended for the former congressman's son, Cameron Collins, who is engaged to Zarsky's daughter, Lauren.

A "variance may be warranted in this case based on the defendant's personal characteristics, such as his lack of a criminal history," the Probation Office wrote of Zarsky, who lives in New Jersey. In addition, the office wrote, he "understands the magnitude of his actions and the seriousness of the offense and is extremely remorseful and regretful."

Probation officers delivered that recommendation in a report to the judge, which Zarsky's lawyers excerpted in their presentencing document, filed late Friday.

Zarsky's lawyers recommended that he spend no time in prison, and that he instead receive community service.

"There is no benefit to society in incarcerating an ailing 67-year-old husband and father," his lawyers wrote.

Zarksy's health issues were redacted from the public version of the filing. Pleading guilty last October to one count of conspiracy to commit security fraud in the case, Zarsky told the judge he is a recovering alcoholic. He also said he was seeing a psychiatrist and that he takes prescription medication for high cholesterol.

His legal troubles started in June 2017, when then-Rep. Chris Collins, a Clarence Republican, was at a White House picnic. There, Collins got an email from the CEO of Innate Immunotherapeutics, an Australian biotech where he served on the board.

The email delivered devastating secret information. Innate's only product, a multiple sclerosis drug, had failed in clinical trials. That meant its stock would tank as soon as the news became public, and the elder Collins would lose millions. Others who invested in the company because of Collins – including his son and Zarsky – would lose their investment, too.

Knowing that, Collins called his son and shared that secret stock tip. Cameron Collins then told Zarsky and others the bad news and started dumping his own shares, he acknowledged upon pleading guilty last October.

"Beside himself with fear and anxiety over potentially losing the majority of his retirement savings, and in agreement with his future family member, Mr. Zarsky sold his shares in Innate the following day," his lawyers said. "He also shared the news with other friends and family members to protect them from major financial loss as well."

Zarsky is scheduled to be sentenced in federal court in Manhattan on Jan. 24, a day after Cameron Collins' sentencing and a week after the judge decides the fate of Chris Collins.

Chris Collins' recommended prison sentence? A year and a day.

Probation Office: Cameron Collins should get six months in prison