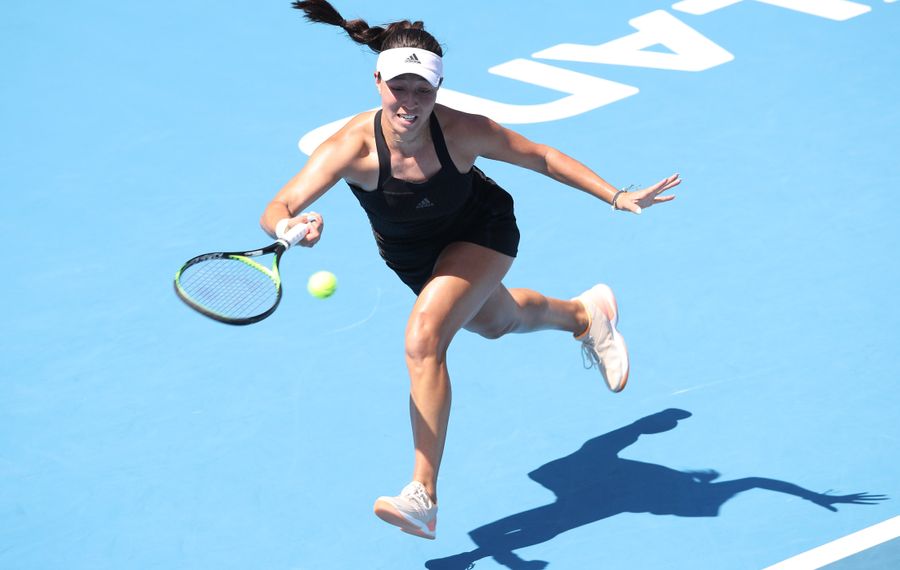 Jessica Pegula reached the championship match of the ASB Classic in Auckland, New Zealand with a emphatic comeback over fifth-seeded Caroline Wozniacki of Denmark,
3-6, 6-4, 6-0.

It was the second straight match where she shut out her opponent in a set.

The 25-year-old Pegula, ranked No. 82 in the world, will be going for her second WTA tournament title, she won the Washington Open last August, and will face perhaps the generation’s greatest player in 23-time Grand Slam title winner Serena Williams.

The 38-year-old Williams, seeded first in the Auckland tournament, won over third seed Amanda Anisimova, also of the U.S., 6-1, 6-1  in the other semifinal. Anisimova defeated Canada’s Eugenie Bouchard, 6-2, 3-6, 6-4, late Friday in a quarterfinal.

Pegula, the daughter of Bills and Sabres owners Terry and Kim Pegula, had reached the semifinals by playing only 1 1/2 sets Friday. Her opponent, Alize Cornet of France, retired with an injury after Pegula won the first set, 6-0, and was leading in the second set, 3-2, when the match was halted.

The tournament serves as a tuneup for the Australian Open, which begins on Jan. 20. Wozniacki, ranked No. 39 in the world, won the Australian Open in 2018 and will retire from competitive tennis at age 29 after this year’s opening major in Melbourne.