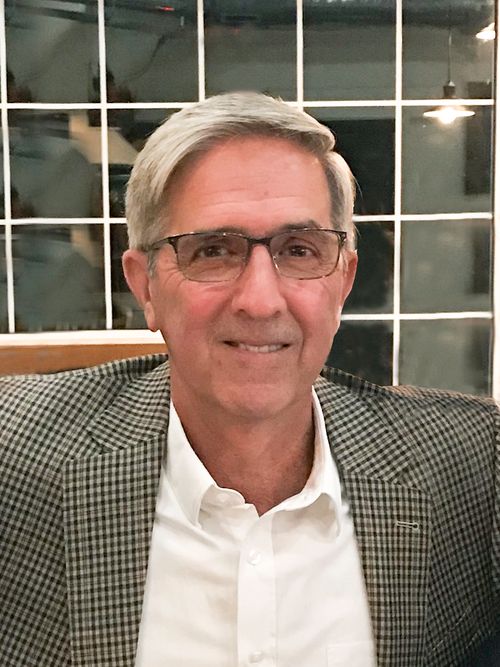 When Michael D. Capriotto saw something that needed to be done, he did it.

That could be plowing a neighbor's driveway, helping another neighbor repair siding or cheering up a friend who had to have her dog euthanized.

"He was always looking to help people," said his wife, Joanne Capriotto.

The first time Joanne Capriotto saw her future husband was at the Erie County Fair. She was working at a sugar waffle booth, and her girlfriend liked his friend, and wanted to go on a double date.

She agreed, and one day saw this fellow with black hair, full beard and mustache walk up to her stand. Wearing leather green lederhosen, tall white tube socks, light blue sneakers and Banlon shirt, he was not quite what she had imagined, but he had been filling in for a musician in the German band.

The two went on the double date, and while the other couple broke up, the Capriottos stayed together and eventually married. It was a partnership of love and service to others.

"If somebody needed something, we did it," Joanne Capriotto said.

And as much as his wife knew of his good deeds, she has heard about many more since he died.

"I'm amazed how much more he was doing that we didn't know," she said.

Proud to be a third-generation Orchard Park resident, Mr. Capriotto went to work at his family's auto parts business, Capriotto and Sons, after graduating from West Seneca West High School.

The family bought Bauer Service, an auto service shop across from Orchard Park Town Hall. Mr. Capriotto later converted the shop to Bauer's Village Center, which now sports a Kwik Fill gas station. The building behind the station that held repair bays was transformed into small shops, including Tim Hortons cafe, a Subway restaurant and Pedego Buffalo, an electric bike retail shop. Mr. Capriotto was the first Tim Hortons franchisee in the area 20 years ago, his wife said.

"My husband was always a forward thinker," Joanne Capriotto said.

At one point, he needed ceramic tiles and decided to do it himself. That initiative turned into a water jet enterprise, and he designed and cut tiles for businesses throughout the area, including the Curtiss Hotel, Walden Galleria and Children's Hospital. She said Mr. Croce wanted to have a rotating bar at the Curtiss Hotel, and Mr. Capriotto made it work.

As president of Woodlawn Cemetery Association, he prided himself on making the cemetery a beautiful final resting place, said Kim Wheeler, bookkeeper for the association and Mr. Capriotto's businesses.

Mr. Capriotto, a former village trustee, was very involved in fundraising and working on Orchard Park Veterans Memorial Park  and other community initiatives.

"If it involved the community, he was everything about it," Wheeler said, "but he never wanted to take any credit for it."

Harold Fabinsky has known Mr. Capriotto for years. He said he was the type of person who pulls the community together.

"He was just an all-around quiet, good guy," she said, adding that you knew where you stood with him. "When somebody needed something, he was there for them."

Mr. Cappriotto was active at the Erie County Fair, helping to run the Spirit of Youth. He took his vacation to spend working at the fair, including the outdoor theater, grandstand and music dome, his wife said.

He also enjoyed boating. Taking trips on his 50-foot Galeon yacht became his new passion after he became a licensed captain.

He is survived by his wife, two daughters, Jenny Aidala and Catherine; a son, John; a brother, Carman; two sisters, Brenda Werely and Carole Ann Judge, and three grandchildren.