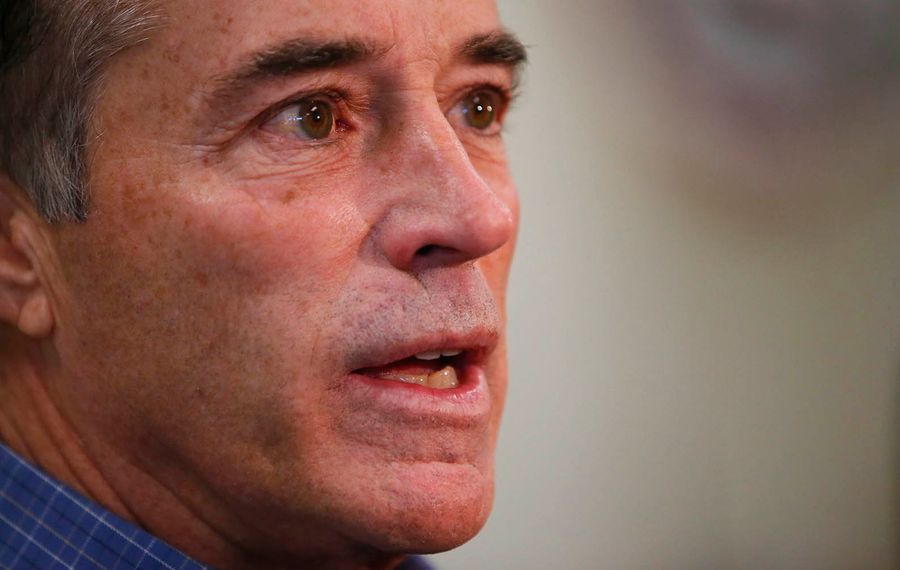 Should Chris Collins go to prison for what he did? We’d answer the question from the opposite perspective: He shouldn’t be allowed to atone for his felony by lounging around his home on the tony outpost of Marco Island, Fla. Insider trading is no victimless crime.

After more than a year of arrogance and denials, the former congressman from Clarence pleaded guilty last year to tipping off his son to the imminent collapse of the stock price of Innate Immunotherapeutics, an Australian company on whose board Collins served. His son, Cameron, sold his stock and tipped off others, including his prospective father-in-law, Stephen Zarsky, who also unloaded his shares. Both those men have also pleaded guilty to felonies of insider trading.

Considering Collins’ clean criminal record, the U.S. Probation Office is recommending he spend a year and a day in prison, followed by supervised release and a $200,000 fine. It’s more than reasonable, given the seriousness of the crime and the maximum sentence of four years and nine months that remains possible.

Collins’ lawyers say that because of Collins’ age – he’s 69 – as well as his clean record and the friends and family who have written nice things about him, he should serve time in his home. But that belies both Collins' background and the suffering of his victims.

Collins came to politics as a wealthy businessman. He understands the rules and the reasons they exist. It may well have been a moment of panic and an effort to protect his son that drove him to violate those rules, as his defenders say. The Probation Department’s recommendation takes those possibilities well into account.

But those rules are critical to the functioning of the American economy. They are designed to protect confidence in the stock market from exactly the kind of manipulation that Collins pulled. Whatever his punishment, its terms must underscore that fact.

What is more, Collins broke the law not only as a businessman under pressure, but as an elected member of Congress, with heightened responsibilities to the public – responsibilities he casually kicked away on more than this occasion. Together, they show that there is more about Collins’ character for the judge to consider than a father’s love or the glittering pleas for mercy that supporters have written on his behalf.

Three examples of his self-dealing:

• The independent and nonpartisan Office of Congressional Ethics reported that on three occasions, Collins sent emails to Innate investors that included what appeared to be private information about the company. The federal STOCK Act bans members of Congress from trading stocks based on knowledge they glean as lawmakers.

• In 2013, Collins met with officials of the National Institutes of Health to ask that an NIH researcher meet with Innate’s chief science officer to discuss possible clinical trials for the company’s experimental multiple sclerosis drug – the one whose failure led to the collapse in stock prices and to Collins’ fateful call to his son. That request appears to have violated House rules barring lawmakers from taking official actions that would benefit an entity in which they have a significant financial interest.

• Even worse, Collins wrote an amendment to the 2016 21st Century Cures Act that directly benefited Innate by speeding clinical trials for biotech companies. He noted, disingenuously, that the law affected all such companies but the fact is that it stood to line his pockets had the trials succeeded.

Finally, it is important to remember that innocent people bought Innate’s diseased stocks as a result of Collins’ lawbreaking. How badly they were harmed is uncertain, but what is undeniable is that Collins didn’t care. That’s the answer to a question posed last week by Lancaster businessman Richard Young. A donor to Collins, Young noted that Collins didn’t sell his own shares of the stock and asked “So, what the hell did he do wrong?”

The answer is that he furnished the weapon that inflicted the injury. That’s always a crime.