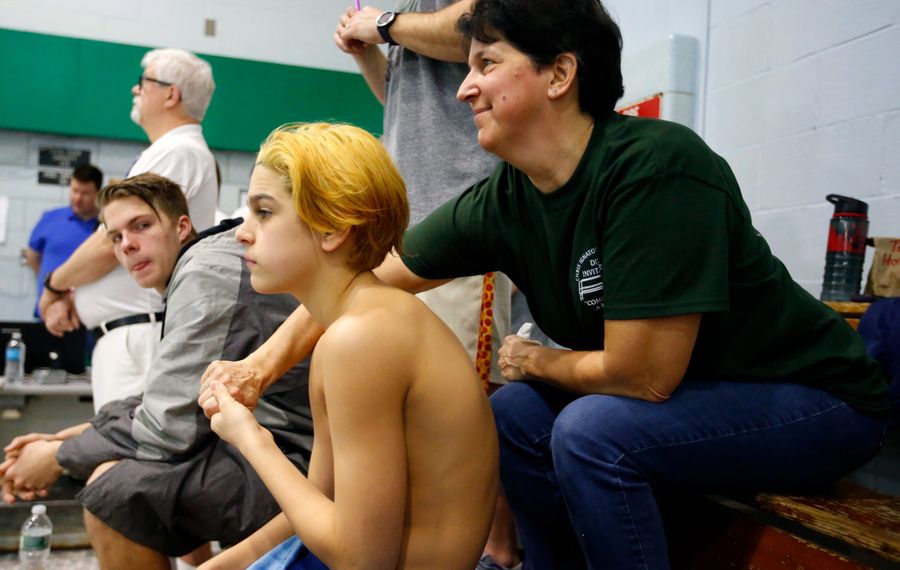 East Aurora freshman Cameron Ignatowski has good memories of diving at Lake Shore High School. The pool there is almost like a second home.

It makes perfect sense that those who work within the walls of the school in Angola would want to do something to not only honor his late father, Chris, but also help the family through the grieving process.

The event, which was the brainchild of good friend and current Eagles coach Sean Kunkel, attracted 17 competitors. That included Cameron Ignatowski, a multi-sport athlete who is in his first season of scholastic diving after a stint of playing basketball.

The event was competitive, entertaining and fun.

Most importantly, it’s a way of keeping Chris Ignatowski’s memory alive, as the Lake Shore community found a way to not only honor the former coach and physical education teacher, who still had at least seven years to go before reaching retirement age, but also keep his spirit alive. In the process, Lake Shore reminded his family just how beloved he was and just how many lives he made a positive impact during his lifetime.

“To have this event in his honor is very needed, very needed,” said Ignatowski’s widow Lori. “That his 20 years coaching swimming and diving comes just to this that he’s honored. … It’s a privilege that Sean Kunkel did this for him in his memory.”

Chris Ignatowski died unexpectedly last April from liver and lung failure due to a blood parasite. He was just 48 years old. During his Lake Shore career, he coached swimming, boys and girls tennis, girls volleyball and also had a stint with track and field.

Kunkel wanted to do the diving event as his way of honoring Ignatowski, but admitted it was difficult asking a grieving family for permission. He approached Lori while she was attending a volleyball match for daughter Alyssa and asked if it’d be OK. Turned out Lori and the kids loved the idea of an invitational honoring the man they love.

“I hope this keeps growing,” Kunkel said. “This will help the kids realize how much of an impact he had on their program and the kids in the community.”

Cameron used to accompany his father to Saturday morning practices at Lake Shore as a toddler. He watched and waited until the two-hour workouts finished so that he could begin his own training sessions on the diving board.

In addition to that, Cameron and Alyssa were each allowed to invite one friend to tag along and turn those Saturday fun days into something more. In addition to pool time, the day typically included games of hide-and-seek dodge ball with Chris serving as the designated hunter chasing them all around the school and, of course, post-practice pizza.

Cameron played modified basketball last year but was one of the final cuts for the junior varsity team in November. Instead of sitting out the winter season, he returned to diving – a sport where as a 10-year-old he qualified for nationals with his AAU club team at Canisius College.

“I think being back in diving he feels like he’s honoring his father,” Lori said, “because he had taken a break from diving and went to basketball, but I think his heart and skill is really in diving.”

On Friday, Cameron scored a season-best 190 in six-dive during East Aurora’s win over Holland. The storybook ending would have featured young Cameron, in his very first 11-dive meet, finding a way to win Saturday.

Although Cameron did not come in first, he achieved his goals of qualifying for the Section VI Championship Meet and, most importantly, having a good time knowing that his father would have wanted him to do that.

“I feel like it was more fun than anything and more happy because he wasn’t a sad guy, he was a happy guy," said Cameron, who finished 11th with 344.10 points. "I came here to have fun and make sectionals and did just that.”

Lori Ignatowski said the family continues to deal with Chris' loss “one day at a time.”

That's all it can do.

Saturday was another one of those days, but like so many of Cameron’s past Saturdays at Lake Shore it wound up being unforgettable. That's because he honored his father well. 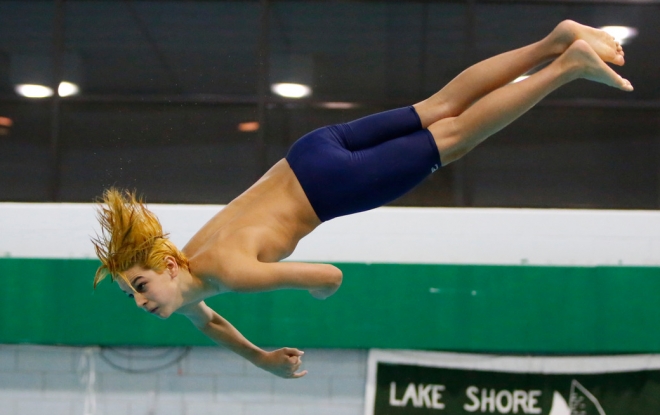