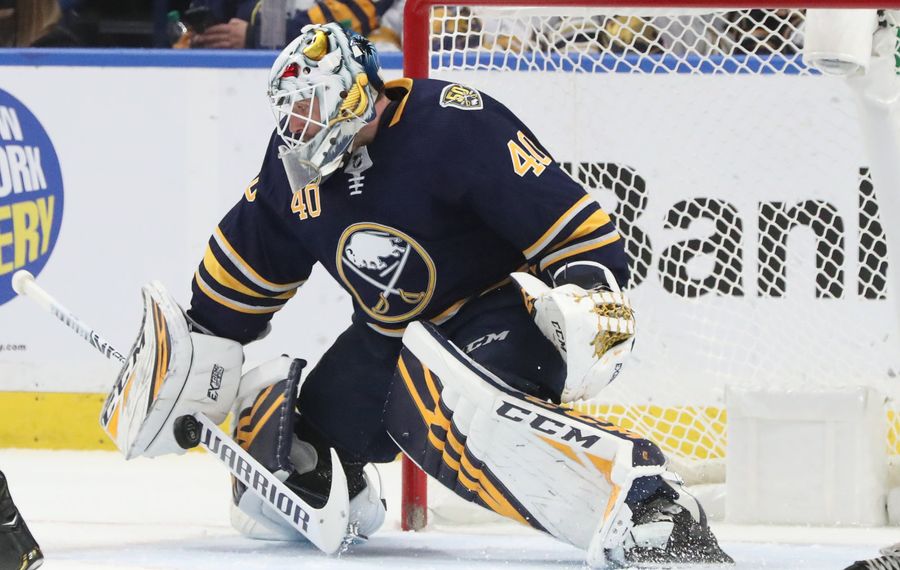 For the first time in nearly a month, Carter Hutton will get a chance to break his 10-game winless streak.

About 90 minutes before faceoff, Sabres coach Ralph Krueger announced Hutton will be in goal for the team's 1:05 faceoff against the Vancouver Canucks in KeyBank Center.

The Sabres are on a back-to-back this weekend and the prevailing thought might have been to start Hutton Sunday at last-place Detroit. The Sabres clearly weighed home-road performance.

"It just stomach-wise felt like Carter here gets an opportunity at home and has been feeling comfortable here and we want to put him in his best possible chance for success, " Krueger said. "And we feel that's today."

Hutton's last game was the 6-1 loss Dec. 19 in Philadelphia. Prior to that was the 6-5 overtime loss Dec. 7 in Vancouver.

"He's been working so hard. Often when you're a not starting, you often see more pucks and have more work than the one starting," said Krueger. "In the goalie position, I've never seen that as an issue. [Goaltending coach Mike Bales] has been doing a lot of work with him to give him confidence and solidify what we need to see from him so we're optimistic he's ready for this one."

Krueger said the Sabres will dress 12 forwards and six defensemen, with Jake McCabe returning to the lineup after sitting out Thursday's loss in St. Louis. Colin Miller and Zach Bogosian will sit on defense and Scott Wilson will be a scratch up front, which means Evan Rodrigues will get in the lineup for the first time since his trade request.