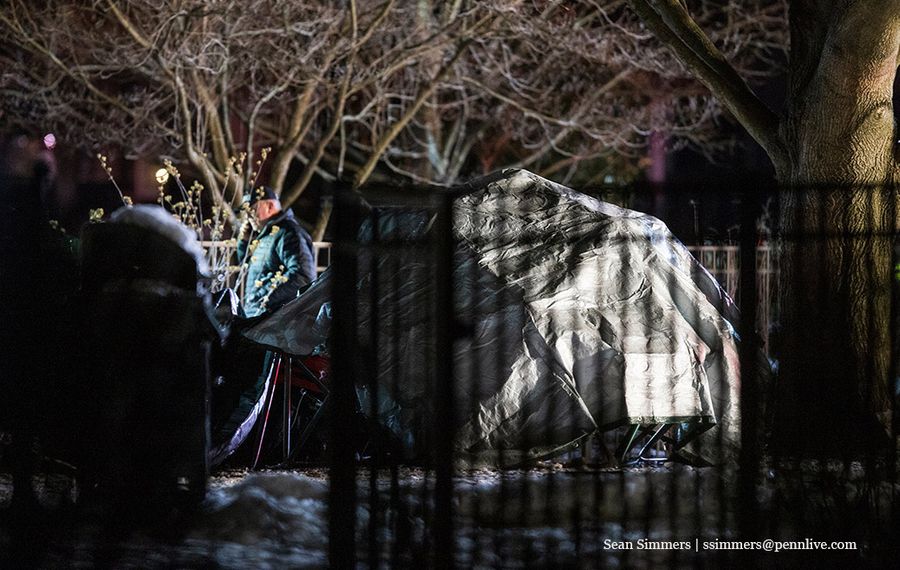 Buffalo developer Mark Croce and his friend, Michael Capriotto, an Orchard Park businessman, boarded Croce's helicopter Thursday night at an airport outside Baltimore. They took off at 7:59 p.m., on their way back home to Buffalo.

At 8:30 p.m., authorities began receiving 911 calls from residents in a tree-filled residential neighborhood in Central Pennsylvania that a helicopter had crashed in the backyard of a house. First responders found wreckage strewn about and the bodies of two victims.

On Friday morning, Western New York awoke to the shocking news that one of the city's most influential developers and a prominent leader in Orchard Park had died. As tributes poured in from politicians, developers and other civic leaders, investigators from the National Transportation Safety Board began looking into why the helicopter crashed.

Mike Brion was one of the first to hear what happened.

"It was so loud, I couldn't tell where it had hit," Brion told The Buffalo News by phone Friday.

He and his wife, Melissa Brion, were putting their two daughters to bed Thursday night in their home on Surrey Lane in Silver Spring Township, Pa. when they heard the noise of a passing helicopter. At first, it sounded normal. Then, he said, the noise got louder.

The propeller sputtered. He heard a "bang" amid the sounds of the propeller. Then a crash.

His wife opened the curtains in his daughters' room and he saw the wreckage of a helicopter about 25 to 30 feet from the house.

"It was just a pile of debris," he said.

Croce, 58, and Capriotto, 63, both of Orchard Park were dead at the scene, according to Cumberland County Coroner Charley Hall.

The helicopter didn't hit any structures, and no one on the ground was injured, Cumberland County spokesman John Bruetsch told reporters at the scene, according to the news website Pennlive.com.

"There's a large debris field. Everything else is fine. It's just the helicopter in the yard," he said, adding: "We have two fatalities, and we do not have any injuries to anyone else. If there's any good news to take away from this, there's that." 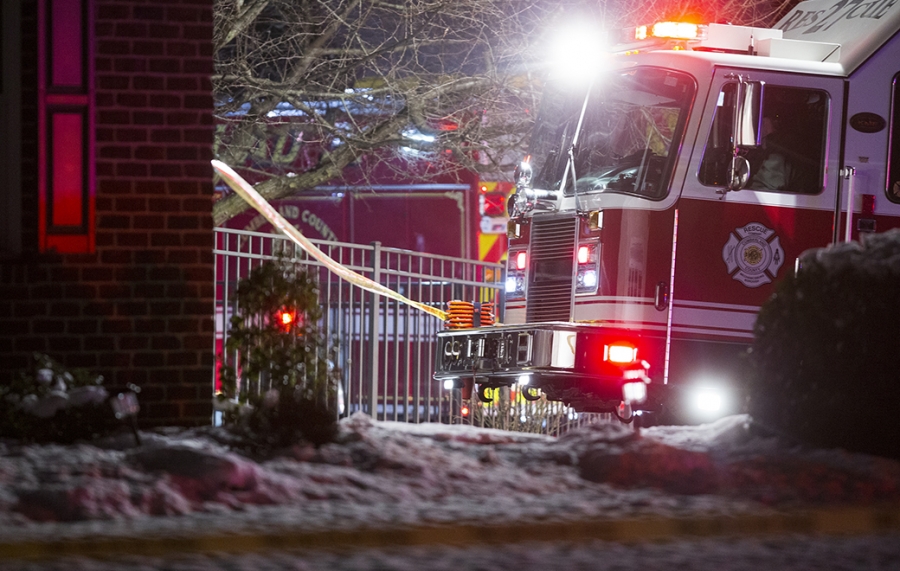 A tracking of the flight on the Flightradar24.com website shows that the helicopter left at 7:59 p.m. from Martin State Airport, 10 miles east of downtown Baltimore. The radar tracker shows the flight ending near Harrisburg, Pa., at 8:30 p.m. The radar site also said the helicopter was traveling at an altitude of 1,400 feet and at a speed of 148.5 mph.

The skies were clear Thursday in the area of the crash, with temperatures in the upper 20s and a slight breeze with winds from the east of 6 to 8 mph, according to records from the National Weather Service office in Harrisburg, Pa.

The NTSB arrived Friday morning to begin an investigation. Autopsies on the bodies were scheduled for Tuesday, Hall said.

The FAA registry shows that Redmark Capital LLC owned the aircraft. Redmark Capital's address is 257 Franklin St. in Buffalo, which is the site of three of Croce's business establishments: Sky Bar, D'Arcy McGee's and the LiFT Nightclub.

The Robinson R66 can carry up to five passengers and travel up to 350 miles without refueling, according to the manufacturer's website. Fully loaded with passengers, it can cruise at up to 126 mph, although it can move faster with fewer passengers, as was the case with the Croce flight.

The privately held Robinson Helicopter Co., formed in 1973, is among the world's largest helicopter manufacturers. It has three products: the R22 and R44, which feature piston engines, and the R66, which has a turbine engine.

There are questions, though, about the safety of some of Robinson's products. A 2018 Los Angeles Times investigation found that the Robinson R44s were involved in 42 deadly crashes between 2006 and 2016, more than any other commercial helicopter. And the R66 – the model Croce flew – has also been involved in several fatal crashes that have produced lawsuits.

Ron Goldman, an attorney with Los Angeles-Baum Hedlund Aristei & Goldman whose firm has been involved in more than a half-dozen lawsuits involving Robinson helicopters, said it's too early to say what caused the crash.

But he said investigators will likely be looking at several factors, including the weather and wind conditions, the fact that the crash happened at night and the debris field around the crash site.

"We would look carefully at the wreckage scatter," Goldman said.

"He is the best pilot I ever flew with," Sandoro said. "He was the most conscientious, no-nonsense pilot."

Sandoro said Croce owned a brand-new Cirrus plane equipped with a parachute and had ordered a jet-style, 5-passenger Cirrus that was due in July. "He was so excited about it," Sandoro said.

Sandoro and a relative of Capriotto said the two men had made the trip to check out a gyrocopter, also known as a gyroplane, because Croce was interested in purchasing one. 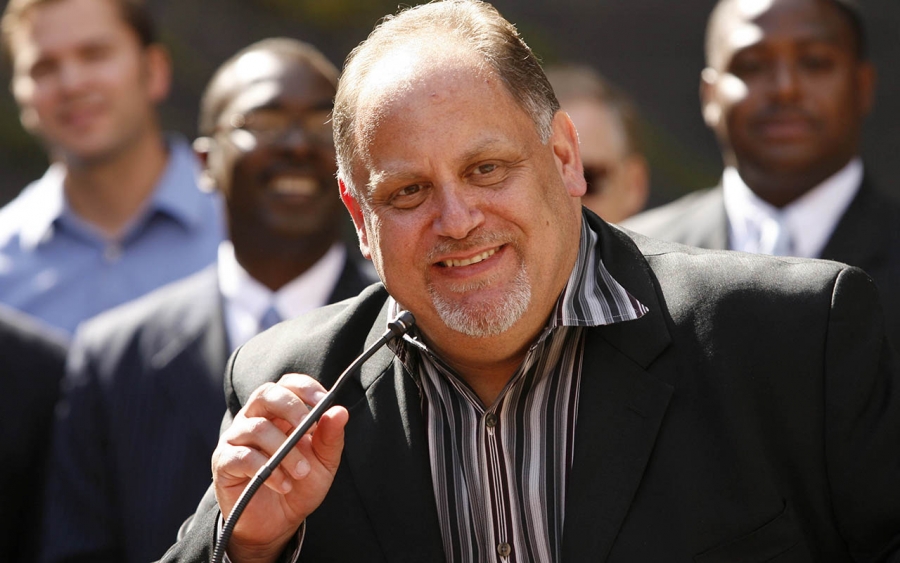 Croce, who is survived by his wife, Jessica, and sons Dominic and Dante, was one of Buffalo's most prominent developers and restaurateurs. He was also well-known for his love of flying.

In 2011, he bought the 18-story former Statler Towers out of bankruptcy, preventing the abandoned historic building from being mothballed. He has since invested or planned to invest more than $10 million dollars to stabilize the building, particularly the façade, and to revive the first two floors as a banquet and events center.

He also renovated the former Curtiss Building, transforming it into a boutique high-end hotel. He also helped start the Emerson School of Hospitality, ran Pay2Park and owned downtown hotspots including the Buffalo Chophouse, D’Arcy McGee’s Irish Pub and Skybar.

Politicians shared their condolences about Croce Friday. Mayor Byron W. Brown called him "a big part of our downtown resurgence, adding jobs for residents and creating destinations that have brought many visitors to the City of Buffalo. His presence will be sorely missed."

Rep. Brian Higgins said on Twitter that Croce "was as big a booster of Buffalo as there ever was" and called the death of him and Capriotto an "incomprehensible tragedy."

Croce's Buffalo Development Corp. released a statement Friday afternoon to thank supporters and "to assure the employees and the public that the businesses will continue without interruption." 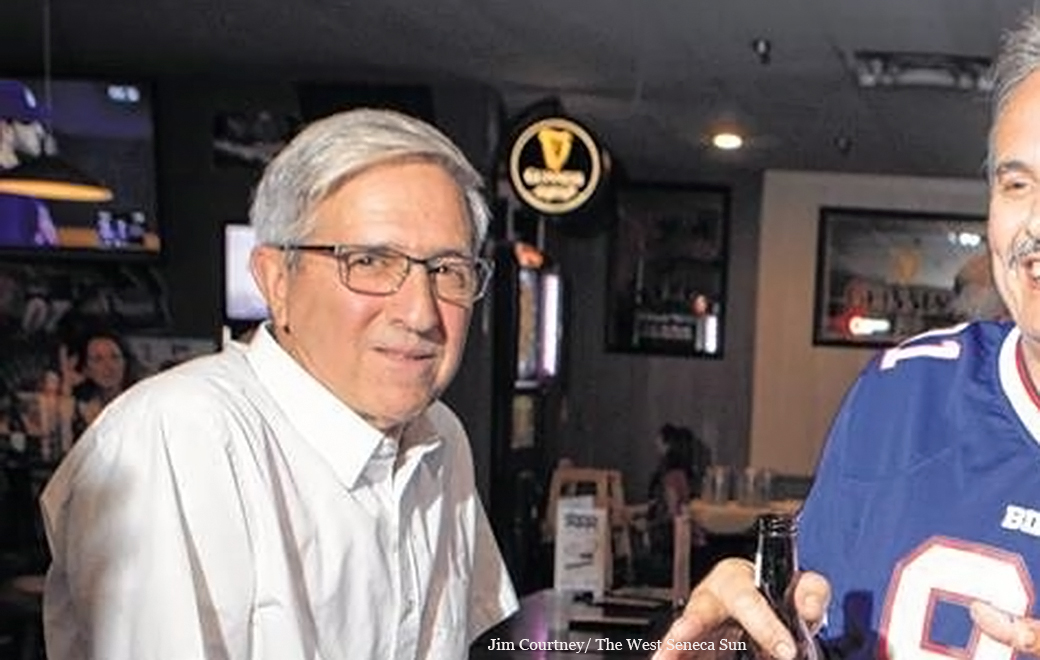 Capriotto was a major figure in Orchard Park.

He was a former Orchard Park village trustee and was president of the Woodlawn Cemetery Association. He owned Bauer Service, an auto service shop located across from Town Hall that was previously owned by his father and uncle. Capriotto later converted the service shop into Bauer’s Village Center, which now hosts a Kwik Fill gas station, Tim Hortons café, Subway restaurant and an electric bike retail shop called Pedego Buffalo. The bike shop opened in 2016.

Capriotto is survived by his wife, Joanne, and three children: Jenny, John and Catherine.

"He's just a major part of the community, a pillar, there to help and always willing and a positive force," she said.

Erie County Legislator John Mills, R-Orchard Park, described Capriotto as someone who was dedicated to his community but didn't seek credit for his actions.

"I think he has a lot of dedication to his family and his hometown," Mills said. "That's one of his shining accomplishments, his activity in the village and moving things forward, different projects."

He was also an active participant in village affairs, friends said.

“Mike never let any grass grow under his feet,” said David Bergner, owner of Bauer Automotive in Orchard Park, a repair shop that once was affiliated with Bauer Service. “He did a lot of things for this community.”