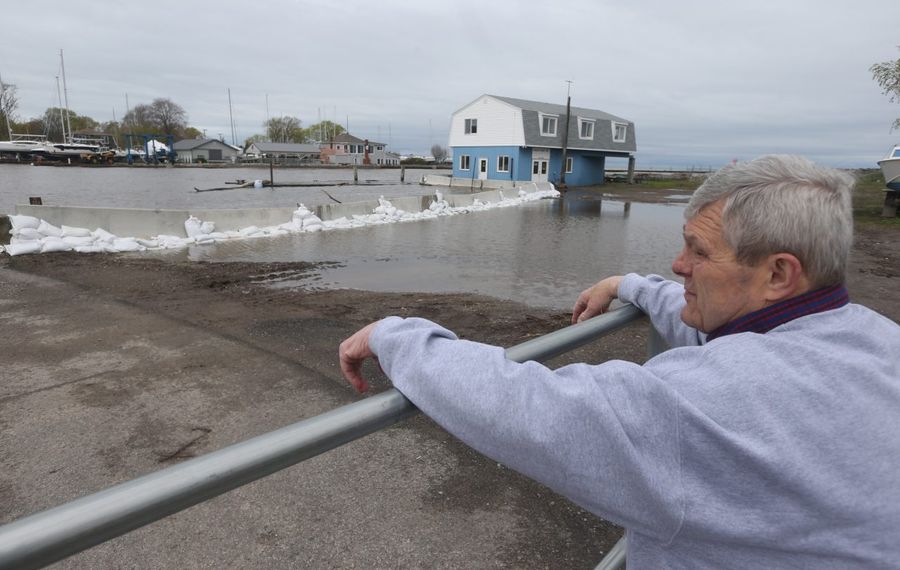 Right now, Lake Ontario is 9 inches higher than it was last January.

That's 3 feet below last year's peak, but still high enough for alarmed shoreline homeowners and elected officials to keep pressing for their favored solution for what to do with all that extra water: allow more of it to flow out of the lake.

And that's been happening since the start of the year.

By contrast, last January, outflows fell to as low as 1.64 million gallons per second.

But there's a catch to releasing more water from Lake Ontario.

Sarah M. Delicate, the leader of a group of homeowners on the Canadian shore of Lake Ontario, said the IJC's water management plan seeks to enforce a limit on the water level in Montreal – but nowhere else.

"The core message is, it's not balanced," Delicate said. "Through the application of the policy, Lake Ontario appears to be suffering significantly more damage."

"There is no magical plan that will stop flooding," Bernd Gigas, the groups' engineering consultant, said during a webinar for government officials and reporters this week.

The state last year allocated $300 million for repairs and protecting property, up from $170 million the state committed in 2017 for the same purposes.

"We need to prepare for high water. Not hit the panic button, but prepare," Gigas said.

The IJC said in an emailed statement that Gigas' water level prediction could come true "if extreme conditions occur again, including poor conditions for ice formation on the St. Lawrence River and excessive amounts of precipitation over the coming months.

"However, it is also possible that Lake Ontario could return to its long-term average water level in 2020 if dry conditions prevail. Inflows to the lake will continue to be the driving factor," according to the IJC statement.

The outflows picked up in the middle of last year. 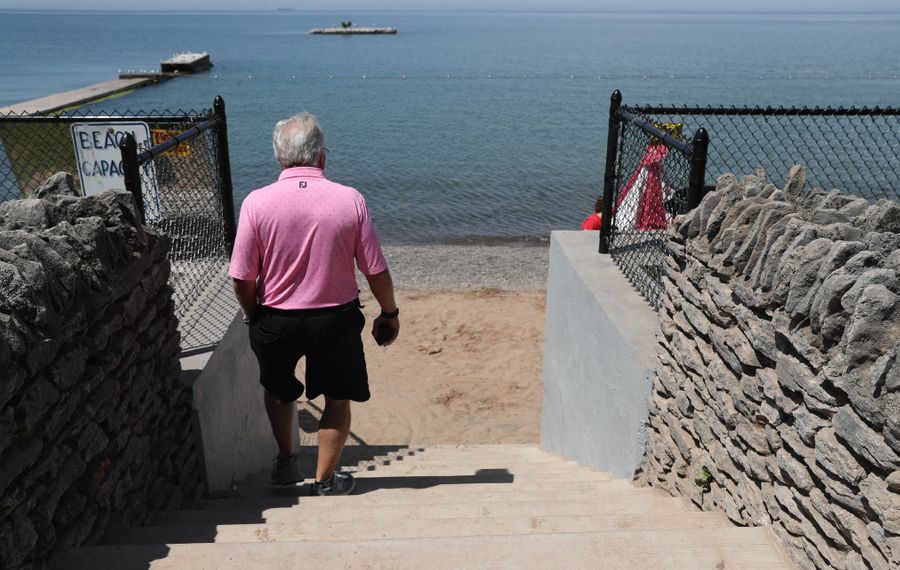 In June, three weeks after Jane L. Corwin of Clarence and two other members chosen by President Trump joined the IJC's binational board, the agency boosted outflows to then-record levels, peaking at 2.75 million gallons per second from June 13 to Aug. 21.

"More water (was) released from Lake Ontario during the last seven months of 2019 than in any year since the start of records in 1900," IJC spokesman Frank Bevilacqua said.

The flow is even faster this winter, to "help reduce the probability of high water conditions occurring this year on Lake Ontario," an IJC news release said Wednesday.

Gigas, a licensed New York State professional engineer with more than 30 years of experience, said Plan 2014, the IJC's current Lake Ontario outflow policy, should be revised to better balance the risk of flooding.

Gigas, whose lakefront home in Monroe County has been threatened by high water, acknowledged the definition of "balance" would be subject to negotiation.

Gigas said the IJC holds back water in Lake Ontario, driving up its levels. The outflows are regulated through the Moses-Saunders Dam, completed in 1958 between Massena and Cornwall, Ont.

"The dam is used to protect Montreal from Lake Ontario," he said.

Gigas' claim is "not correct," the IJC responded.

"Neither Lake Ontario nor the lower St. Lawrence River could be protected from record flooding in 2019. This is because there were record-high inflows to both the lake and river," the IJC statement said.

The engineer and the IJC reached different conclusions about the flooding analyzing the same data.

"The flood on Lake Ontario would have been 14 inches higher and lasted much longer without regulation," the commission statement replied.

Gigas said Montreal is the only location where the commission's Plan 2014 attempts to enforce a limit on water levels.

Because of record rains that triggered flooding throughout the watershed in 2017 and 2019, the Montreal limit could not be maintained. Gigas said it was exceeded for 42 days in 2017 and 45 days in 2019.

In October, the state Attorney General's Office sued the IJC, seeking more than $50 million in reimbursement for expenses incurred by all state agencies in responding to flooding and erosion damage caused by high water in Lake Ontario in 2017 and this year.