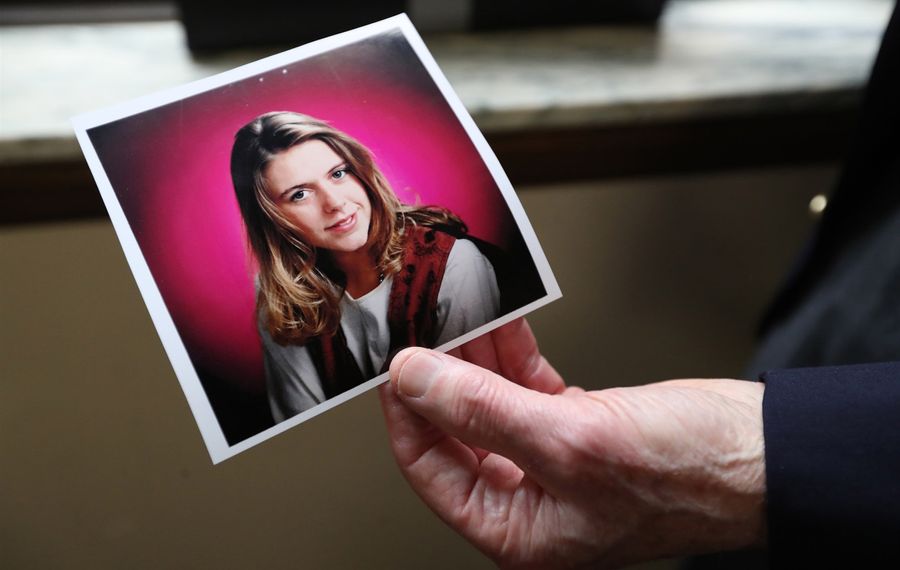 Jury selection was to have begun Monday. The judge postponed the trial until March 9.

She postponed the trial because the prosecution didn't comply with new state discovery laws, which didn't take effect until Jan. 1, by not handing the defense its witness list soon enough.

The new law says the defense must receive the witness list, complete with contact information for all witnesses, 15 days before trial. That list was handed over Monday, seven days before jury selection was to start.

"This trial, if it starts, will be illegal," co-defense attorney Michele G. Bergevin said.

Prosecutors said there is nothing in the law that says it applies to cases that started before Jan. 1.

The 17-year-old North Tonawanda High School student was last seen alive Sept. 19, 1993. Her body was found in Bond Lake County Park in Lewiston Oct. 25, 1993. She had been strangled.

Belstadt, now 44, told police at the time that he gave Mandy a ride in his car in the early hours of Sept. 19. He was arrested on a murder charge on April 24, 2018, a month after DNA testing on two pubic hairs found in his car in 1993 were Mandy's.

District Attorney Caroline A. Wojtaszek vented her frustration as she urged Sheldon to reconsider, or at least make the postponement shorter.

"I do not believe that there is anything that is going to change the trajectory that couldn't be ironed out by the 21st (of January)," the DA said. "This trial has been delayed twice. The victim's family has been struggling with this for a whole year. To hold off jury selection is nonsensical."

But Bergevin also contended the DA's Office engaged in "a discovery dump," sending the defense 10,000 pages of documents and nine hours of audio tapes in the past month. It was too much to digest before Monday, she said.

"We are not ready for trial, Your Honor," Bergevin said.

Prosecutors said much of the material duplicated information they had disclosed months ago.

"In an abundance of caution, we don't want this case to come back (on appeal)," Sheldon said. "We're going to have to give this case a new trial date, and boy, do I do that begrudgingly."

But she didn't fault the prosecution's discovery tactics.

"This is a tough one, because the people have been more than open, in my humble opinion," Sheldon said.

Wojtaszek said rescheduling the trial, which is expected to last about six weeks, spoils her minutely crafted scheduling plan for its witnesses, many of whom no longer live in Western New York.

"This has been a date certain since October. We have it organized. We have it coordinated. We have flights from all over the country," Wojtaszek said.

As a result of Friday's ruling, 279 prospective jurors will be excused.