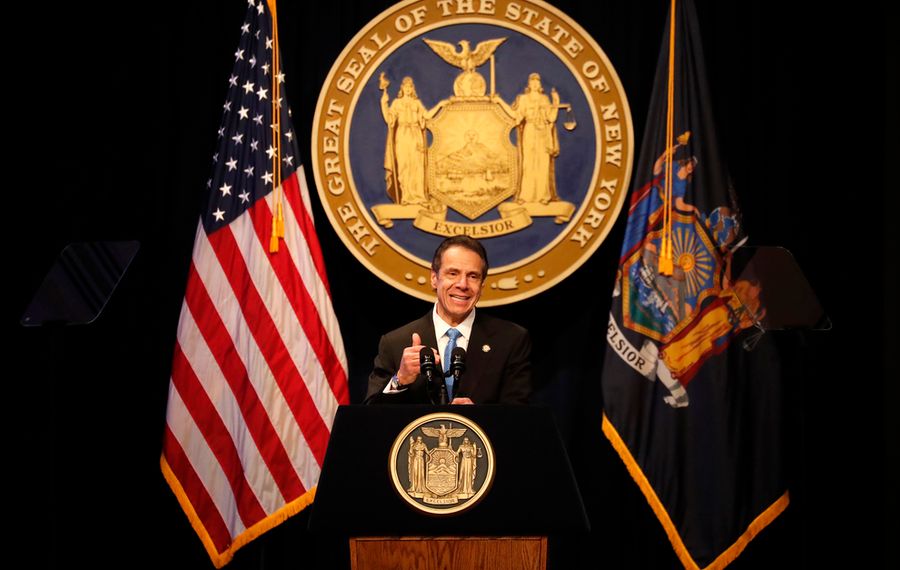 Loads of audio/visual aids, peppy introductions, soaring rhetoric, bold pronouncements of his accomplishments and verbal bows to everyone and, well, everyone. “Faith leaders, stand up,’’ Cuomo said pointing to a group in the audience during the Wednesday address.

When he finished after 75 minutes, Cuomo’s task, or rather that of his large communications office, wasn’t over. There were transcripts to get out, video to be posted, political spinning to check off, emails to rush out to unknown thousands of New Yorkers with links to his speech for those who wanted to watch at home that night.

And before the evening would end, Cuomo even unveiled a commemorative poster he designed – described as everything from bizarre and creepy to fascinating – that eerily depicts his vision and the challenges facing New York, featuring such things as “squalls of hate” and an octopus swimming in swirling waters that he labeled “Intolerance.”

Gerard Kassar has been around New York politics for many years, but it was his first time attending the address since becoming chairman of the state Conservative Party. His snap impression of Cuomo’s event? “I know he’s got a law degree, but it seems he went to drama school.’’